Nea Smyrni is more than just a place, it is also an idea that is built on the heartbreak and dreams of refugees from Asia Minor

Nea Smyrni from above, a suburb defined by its location, history and design.

On their way to Sydney from Istanbul in the early ’70s, my parents passed by Athens and bought a small flat – still under construction – in Nea Smyrni, south of the city centre.

In its suburban glory days of detached green houses and open spaces, the area seemed like a good choice for them to settle and continue raising their family upon their return from Australia where they were headed to dispose of their Turkish citizenship at a time when the Greek government wanted the diaspora – especially teachers and clerics – firmly planted as a last bastion around the Greek Orthodox Patriarchate of Constantinople.

Life Down Under got the better of the crazy young couple in love, and the little flat in Nea Smyrni lay vacant despite their initial dreams and intentions. It remained almost forgotten, never fully living up to its potential, until I finished my university studies and decided to make use of it.

As the years rolled on, I thought it fitting to raise my own children in the suburb that my parents had intended to raise me.

Its location, coupled with its history and famous benefactors, such as Aristotle Onassis, have given the neighbourhood a strong identity and the people who live there feel a sense of pride and community spirit hard to come by in an inner city area. And despite the problems caused by the economic crisis, Nea Smyrni has managed to survive and thrive.

A suburb defined by its history

By the time I arrived in Nea Smyrni, in the early ’90s, the garden houses surrounding the little flat were eviscerated by ’70s and ’80s style apartment blocks covering the layers of architecture that the first inhabitants of Nea Smyrni had brought with them as refugees uprooted from Asia Minor during the 1922 catastrophe.

Nostalgic for the homes they left behind, the new Smyrni was modelled on the old Smyrna of the dreams and memories of the first inhabitants. A prime example was the creation of Agia Fotini Church in Nea Smyrni, modelled on one of the most exquisite churches of Smyrna, with a 33-metre belltower that is a direct replica of the original church that was destroyed in 1922 following a service by Bishop Hrysostomos before he was lynched.

Greek tycoon Aristotle Onassis, also from Smyrni, has left his own bequests to the suburb, such as the 8th high school of Nea Smyrni, lovingly named Onassion. In the ’30s, others like Onassis, established the ‘Society of Nea Smyrni’, to champion the cause of Asia Minor Greek Refugees. The spirit lives on in today’s stately Estia, a large facility that hosts events, educational seminars, a museum and library.

Unfortunately, for these first uprooted pioneers, the upper middle-class suburb of Nea Smyrni could never match the beauty and harmony of the stately mansions they had been forced to abandon, but it acquired something better – an elusiveness that brings with it the taste of sweet nostalgia that you can’t quite can’t pinpoint but sense through the stories told by scattered statues, the aristocratic demeanour of the elders that gather at the benches of the main square and the organised town planning that was strategically layed out keeping future generations in mind.

Nea Smyrni isn’t far from the city centre (20-minute walk from Agios Sostis-Syntagma) nor the coast on Paleo Faliro (25 minutes from Panionios stadium-Flisvos), and both the sea and Acropolis are visible from the area. Most happening places, such as the Eugenides Foundation, Onassis Cultural Foundation on Syngrou, Flisvos Marina, the Athens Riviera, Odeon Starcity Multiplex and the Stavros Niarchos Foundation Cultural Center are within walking distance.

This spread, coupled with the fact that it doesn’t have a metro station, helps deflect attention and ensures that Nea Smyrni isn’t a hot spot itself. On first appearance this may seem like a disadvantage, however it may also be the reason why it still has a neighbourhood feel as a suburb where the shop-owners still know you name, neighbours pop in for a coffee, drivers of the free municipal bus doing the rounds stop to pick you up even though you’re not at the designated stop and they know they’re not supposed to – and everybody takes care of everybody’s kids when they play basketball on the grounds of their local school, by climbing over the fence, after hours of course.

The central hub is the square, an iconic meeting spot, however few people know that Nea Smyrni Square’s official name is Agia Fotini, also the name of the tram station that stops there.

The square has also grown to encapsulate other squares nearby, such as cafe-lined Karillou Square where the underground Polis Park is located and Chrysostomou Smyrni Square filled with statues in honour of the victims of Asia Minor with the key figure being a towering statue of the Bishop Chrysostomos of Asia Minor that had been lynched by a Turkish mob on September 10, 1922, after the sacking of Smyrna. His prominent statue, near the dancing fountain where the children play, is the first thing the visitor sees upon making the turn from Kallithea or Syngrou Avenue into Nea Smyrni, making it clear that this is more than just a suburb – it is a tribute to victims, heroes and history.

READ MORE: A snapshot of Asia Minor’s multiculturalism in Melbourne

The most scenic walk in the city of Athens could quite possibly be the one that begins at the quiet Ionia Square that worms its way into the bishop’s quarter that melds into the main square with its high-end shops, restaurants and crowds before leading to the bridge at Karillou Square that ends at the park. Designed in such a way that it evokes memories and emotions, it is no surprise that the traditional meeting spot in the heart of the suburb has inspired numerous songs, such as Stamatis Kraounakis’ tribute to Adonis cafe.

If Nea Smyrni Square is the heart of Nea Smyrni, then its lung is Nea Smyrni Alsos (Park) – between the tram stops of Aigaiou and Agias Fotinis. Families with young kids play at the swings, there’s an open-air gym, a pathway for joggers, a small cafe in the middle, an open-air theatre that stages a number of festivals surrounded by a small artificial forest with plenty of memories between the pine trees.

During summer months, open-air theatre performances take place either at the park or beside the fountains of the main square. Free Karagiozis shadow puppet theatre festivals, music and theatre events are plentiful throughout the starry nights of summer as when one festival ends another begins. That’s when the outdoor cafes of the park and square are filled with people enjoying their freddo cappuccinos and frappe.

Wintertime takes the festivals indoors with a number of venues, including Galaxia at Nea Smyrni Square or Estia at Chrysostomou Smyrni Square that also has a museum and library inside, as well as a cultural programme filled with courses, workshops and events. Cultural centers abound, including the Imbros Society and The Workers Club has been offering free lessons (photography, sewing, music, Greek dancing and even high school tutoring etc.) in recent years and open-air cinema at its rooftop for just two euros ensuring that learning, entertainment and culture are within anybody’s reach.

Then there’s the sports

Panionios Football Club is a multi-sport club founded in 1890 in Smyrna as Orpheus Music and Sports Club of Smyrna before moving to Nea Smyrni in the wake of the Asia Minor catastrophe. The club – represented by red, white and blue – has a tradition of cultivating all major sports and was the first Greek club to establish a track and field division for women in 1925 while also introducing basketball and volleyball to Greek sports society. The Panionios Stadium first opened its doors in 1939 and has a seating capacity of 11,700 thanks to renovations in 2001 and 2003. 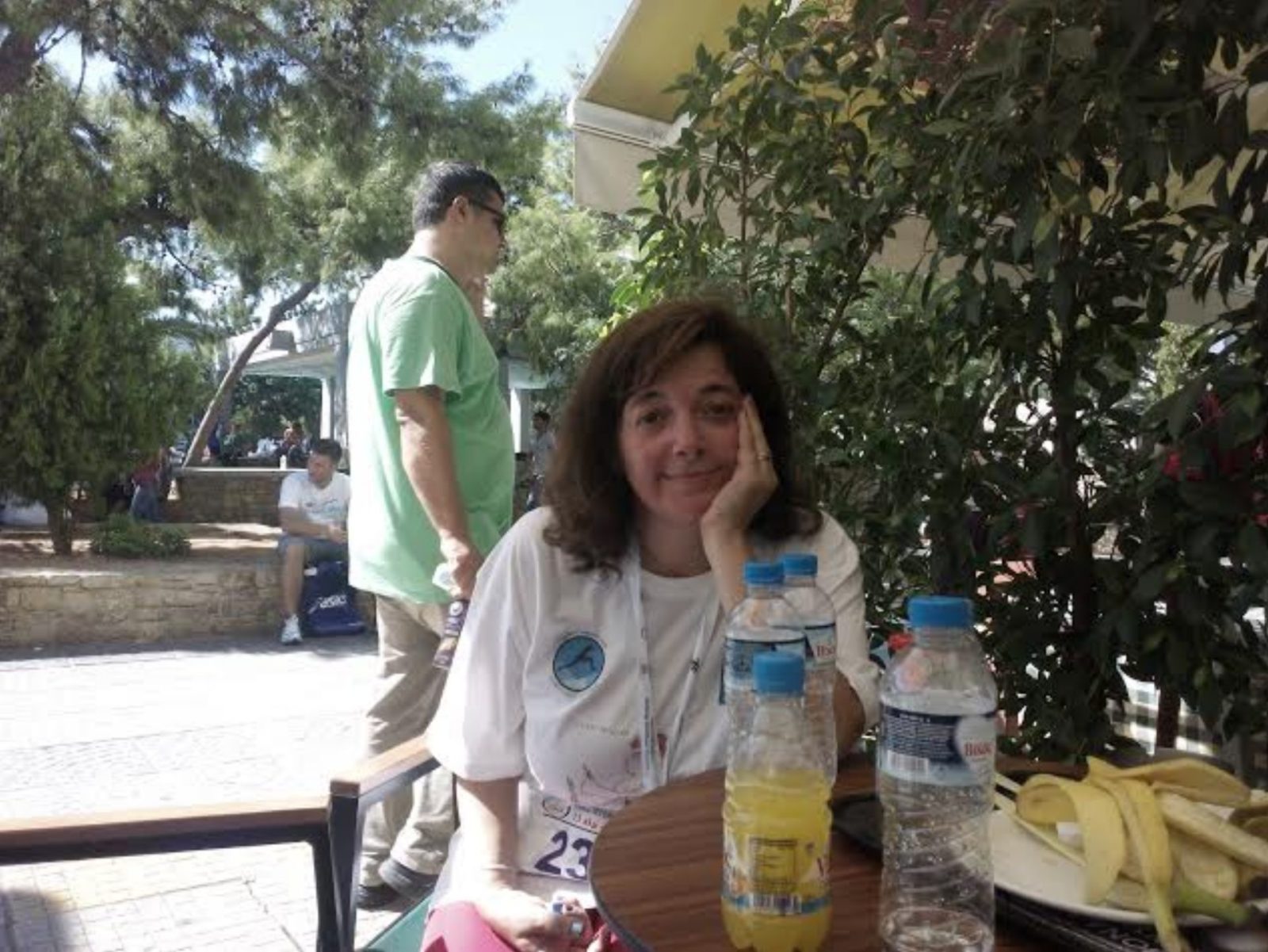 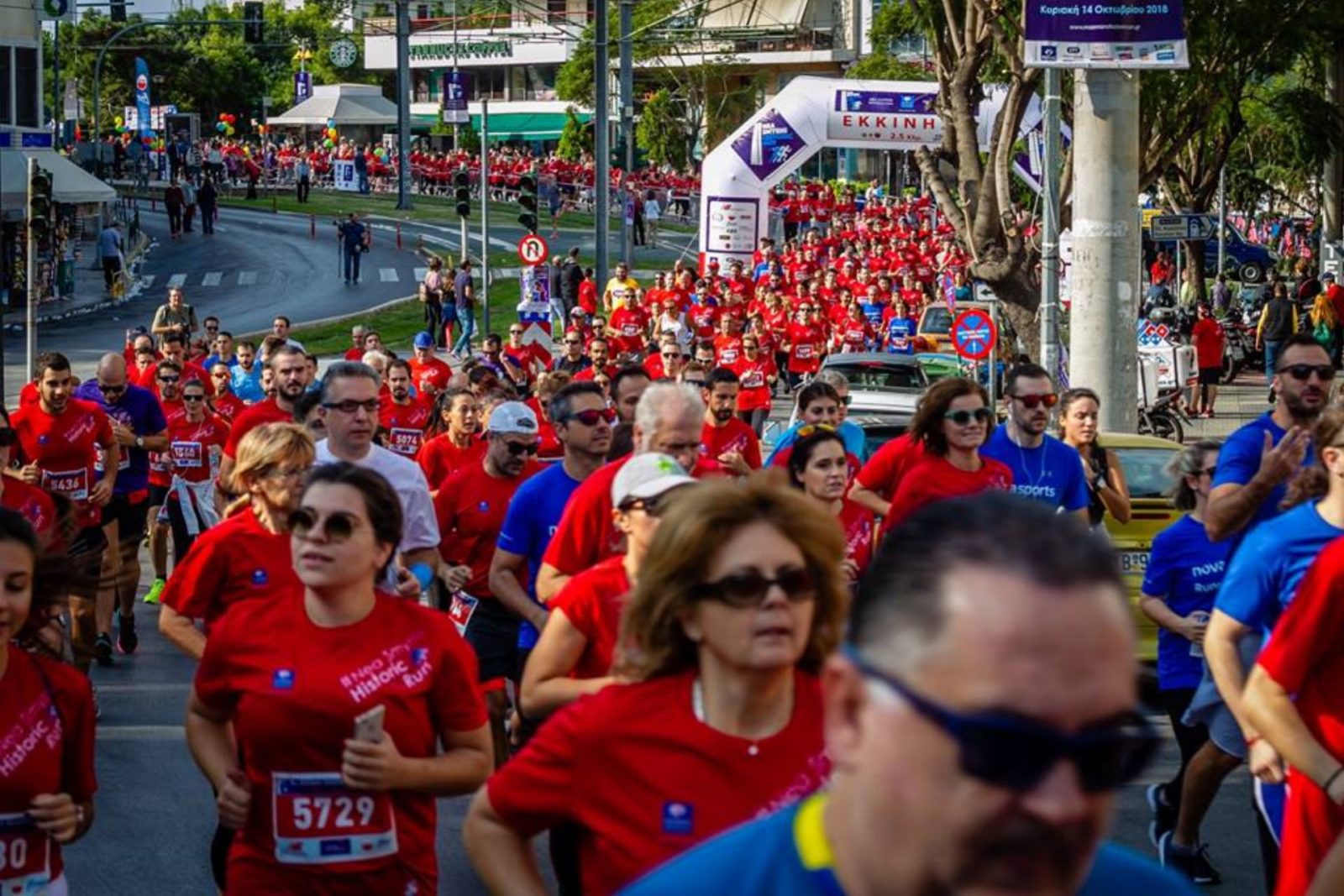 The Nea Smyrni Historic Run takes place every year and is embraced by the entire community of Nea Smyrni. Photo: Facebook Located next to Panionios is Milon, another multi-sports club, with a professional basketball team playing under the colours of green and black.

The links to Nea Smyrni are very much defined in the town sports. More recently, the 1st Nea Smyrni Historic Run that took place on Sunday, 4 October, and has been embraced as an annual event, honours the legacy of the large number of Greek refugees from Turkey that took root in the area. After all, what better way for the people of Nea Smyrni to pay tribute to the wave of refugees that once flooded into their suburb than by creating a tsunami of runners?