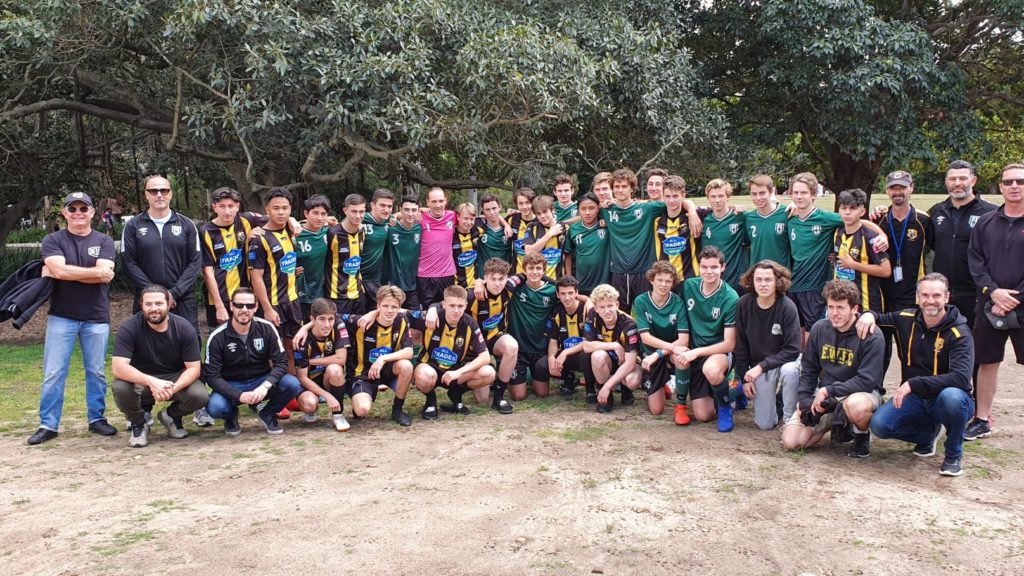 The Earlwood Wanderers Football Club is just a breath away from winning their first male Champions of Champions tournament since 2011.

Christos Tatsis was part of that 2011 U11’s EWFC Championship winning team, and has been part of the journey with this year’s finalists as he supports his younger brother, Apostolos, playing with Earlwood’s U16/1’s as they compete for the title of Champions.

Earlwood’s goalkeeper, Michael Maher, secured the victory against Forest Killarney which was decided through a penalty shootout following a 1-1 draw at the end of regular and extra time.

By making a number of brilliant saves, Michael was swamped by teammates as his final save wrapped up the shoot-out and the win 3-1.

James Melki scored the game’s opening goal in the 9th minute to give Earlwood the lead which they held for most of the match, before Forest Killarney equalised in the 50th minute.

Both sides created a number of chances and were it not for goal line saves and defensive plays from Jono Tapia, Toby Robertson, Aidan Passell, Carlos Tobiano and Stef Ottavio, the end result could have been quite different. It was a similar case on the other end, where goal line saves, crossbar hits and near misses from Oscar Swan, Adrian Cambria, Louis Williamson, Daniel Odria and Juan Arango kept the result level for the whole match.