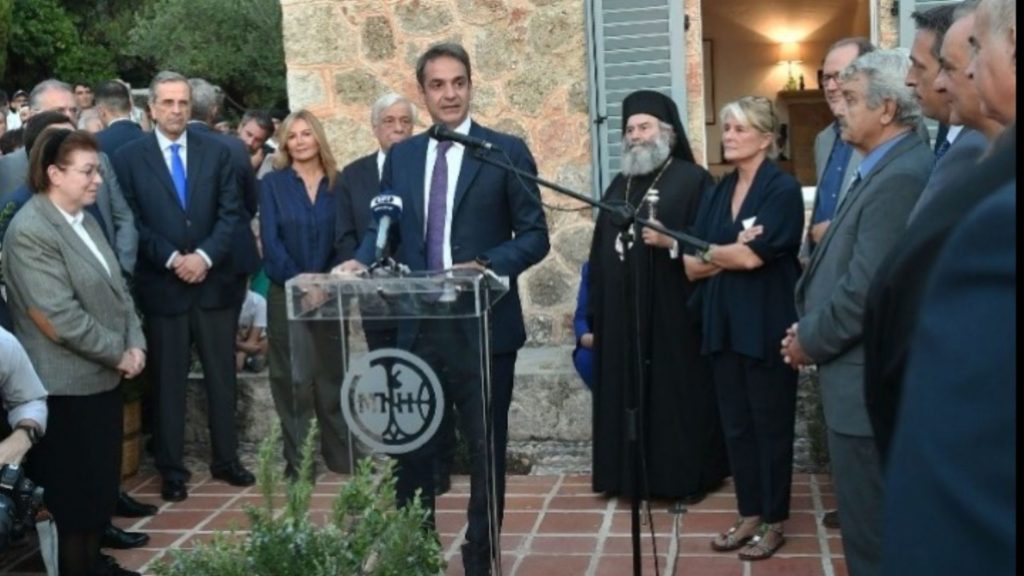 PM Kyriakos Mitsotakis at the inauguration of the residence donated by Patrick Leigh Fermour.

Prime Minister Kyriakos Mitsotakis addressed an event for the inauguration of a restored Kardamyli residence donated by Patrick and Joan Leigh Fermor to the Benaki Museum on Saturday.

“I am pleased to see that foundations and privates’ initiatives in the sector of culture and historic memory multiplying,” he said, referring to the donation.

“My government will support every such action. We believe in a culture, a vehicle of a growth.”

Mr Mitsotakis said that all Greeks are indebted to Patrick Leigh Fermor but said that, he, “as a Cretan” owes more “because Paddy, as his friends called him, was ‘Michalis’ during the Nazi occupation for two years, and was the link between the allies with the Greek resistance on Crete and of course the coordinator of the iconic operation in the history of WWII, of the abduction of German general Heinrich Kreipe”.

READ MORE: Patrick Leigh Fermor’s house in Kardamyli to be turned into a cultural hub

The prime minister said that “Patrick Leigh Fermor’s wish became reality with the support of the Benaki Museum and the Stavros Niarchos Foundation and, with the cooperation of the children of Tzannis Tzannetakis, who was the supervisor of the donation”.