Playing to the best of their efforts, the Greek team pushed the German giants and almost walked away with a point from the encounter 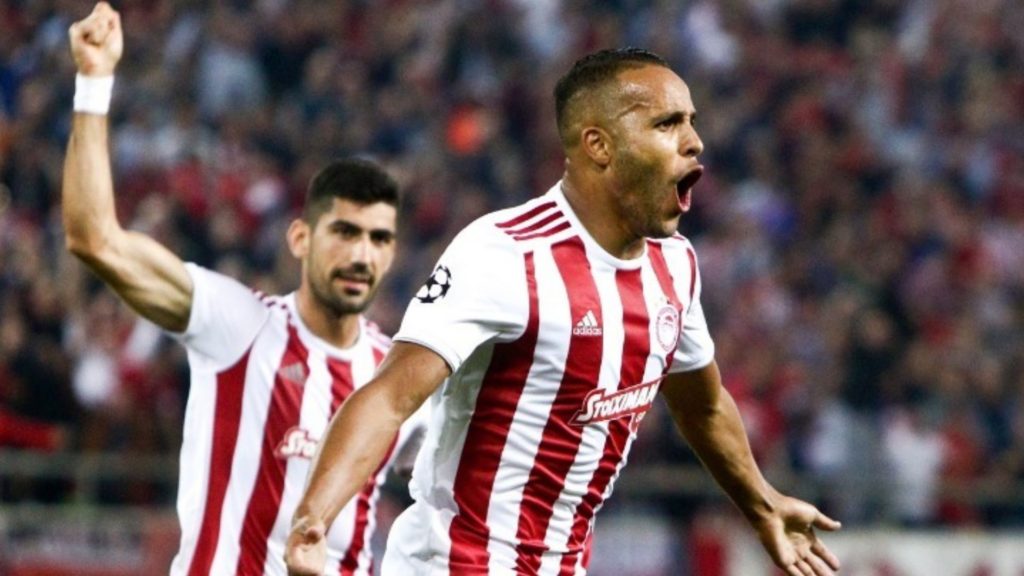 Youssef El-Arabi gave Olympiacos the lead, but it wasn’t enough against the German giants. Photo: APE/MPE

Olympiacos lost 2-3 to Bayern Munich for round three of the UEFA Champions League group stage at the Karaiskakis.

In a game that was already considered very difficult by fans and critics alike even before the kick-off, Pedro Martins’ men showed no fear against a world class opponent and nearly walked away with a good result.

The Portuguese manager chose to play cautiously, opting for a 4-5-1 formation with three defensive midfielders, as Guillherme, Andreas Bouchalakis and Mady Camara were all in the starting lineup.

On the other hand, Croatian coach Niko Kovac was dealing with the loss of key defender Niklas Sule and was forced to make changes in the heart of defence, with Benjamin Pavard and Lucas Hernandez taking the two spots for the first time.

That’s where the home side decided to strike, as it was obvious that the duo faced difficulties keeping the ball when put under pressure.

Of course, Bayern held most of the possession at the start of the game, but the visitors closed down their lines well and looked deadly on the counter.

And on just their second chance on the 23rd minute, they found the net, after a wonderful combination by Giorgos Masouras and Kostas Tsimikas down the left saw the 23-year-old make the cross that found the head of Youssef El-Arabi.

The Moroccan caught a powerful header with Manuel Neuer getting a hand on the ball, but the referee deciding that it had already crossed the line.

The stadium was set ablaze by the cheers of thousands of Olympiacos fans who were ecstatic by their team’s success.

In fact, the home side had a great chance to double their lead a few minutes later, when Tsimikas again found himself in the Bayern area, but his low cross bounced off the foot of Pavard to end up in the hands of the German keeper.

But the dream wasn’t meant to last, as the unstoppable Robert Lewandowski brought the two teams level on the 34th, taking advantage of a great block by Jose Sa to a powerful strike by Thomas Muller.

That ended up being the score of the first half, with the Bavarians holding onto possession and the home side always seeming dangerous on the counter.
Yet things changed drastically with the start of the second.

With Kovac bringing in Corentin Tolisso for Javi Martinez in order to better control the game, the substitution backfired and it was Olympiacos that took charge.

The red-and-whites looked very comfortable holding on to the ball and created several opportunities yet couldn’t find the way past Neuer.

And just when the home side looked ready to score, the visitors showed their quality, gaining the advantage from out of nowhere after a corner kick bounced off the head of Muller and found Lewandowski who scored for the second time in the encounter.

Martins decided to forego the defensive formation, introducing Maxi Lovera for the impressive Giorgos Masouras, yet it was the visitors who struck again after Tolisso “executed” Sa from outside the area.

The scoreline left Olympiacos with little hope to get anything from the match, but to their credit they didn’t lose heart, responding almost immediately with Guillherme who took the shot from outside the area, the ball bouncing off Pavard to end up in the back of Neuer’s net for the second time in the evening.

With both teams on their last breaths, the final minutes were thrilling, yet Olympiacos couldn’t find the equaliser they were looking for, eventually losing to a much greater opponent.

And so, they remain at the bottom of their group with just a single point from three games, after Tottenham annihilated Crvena Zvezda 5-0 in London. Their chances of qualification to the next round look slim.