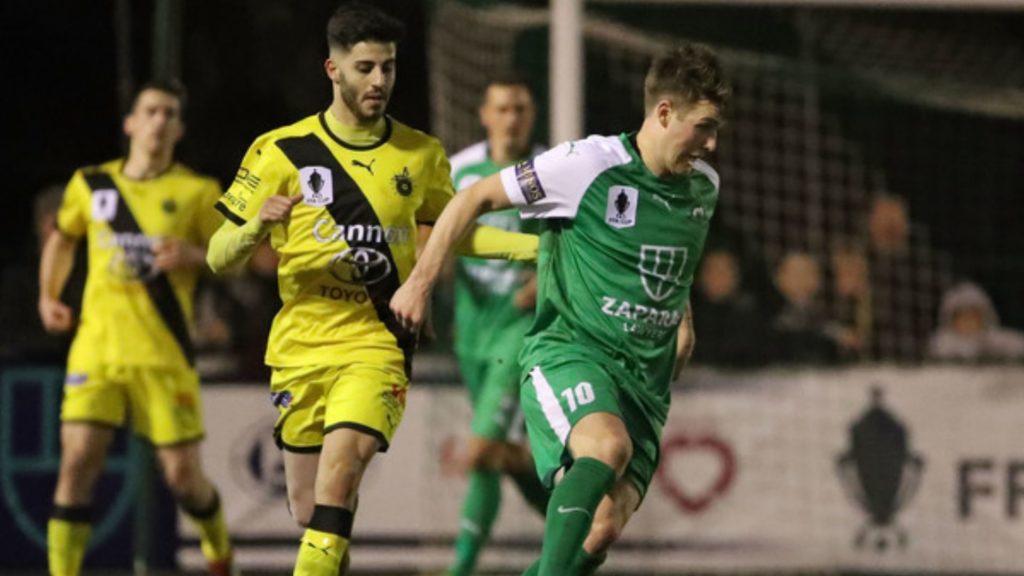 Tyson Holmes (R) shows his skill on the ball against Heidelberg United in the FFA Cup. Photo: zimbio.com

Reigning NPL Champions Bentleigh Greens will prepare for season 2020 without its talented number 10, Tyson Holmes. After five successful seasons together, the club announced earlier this week that it was releasing its talismanic midfielder who turns 32 next week.

Holmes joined the Greens for the 2015 season from rivals South Melbourne after playing 58 games for the Lakesiders in two seasons and helping them win the 2014 NPL Championship.

Championship success seems to follow Holmes everywhere he goes. Prior to coming to Victoria, the Queenslander was a key player at Sunshine Coast Fire helping it to three Queensland Premier League titles.

He repeated that feat in his five seasons at the Greens, serving the club with distinction and helping it win three NPL Championships, a minor Premiership and two Dockerty Cups. His talent was recognised with the 2018 NPL Gold Medal award for the league’s best player.

With his superior technique, intelligent play, and his high work rate, Holmes stood out and was an integral part of the Greens’ possession based game style. An on-field leader, who was also a positive role model for younger players, the number 10 shirt will be hard to fill at Kingston Heath. No doubt there will be a number of NPL clubs chasing his services.

Meanwhile, the new signings continue at Lakeside where South announced the return of former championship player Luke Pavlou. The 23-year-old defensive midfielder originally joined the club from Queensland playing 39 matches under Chris Taylor in season 2017-18, before departing for Oakleigh Cannons where he re-united with coach Taylor. Now he returns to anchor the South Melbourne midfield. Also announced this week, is the arrival in December of overseas import Stephen Folan.

Another central defender on the move, is Ajdin Fetahagic, aged 22. The former South Melbourne youth player, will be a Heidelberg United player next season, having signed with the Bergers after spending last season at Kingston City.