Exhibition: ‘The Jews of Greece: Then and Now’ 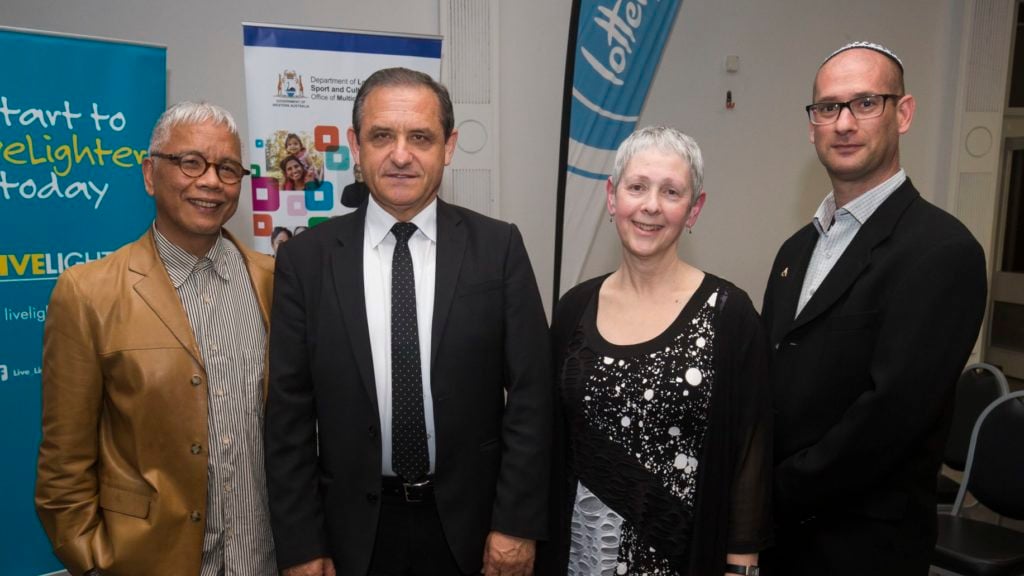 The work of globally recognised Melbourne-based ethnographic photographer Emmanuel Santos, and films by documentary filmmakers Carol Gordon and Nathalie Cunningham provide an insight into the life of the significant Romaniote and Sephardic, as well as, the smaller Ashkenazi Greek-Jewish community.

Emanuel Santos talking to Neos Kosmos said, “This is one part of my work spanning the last twenty years, which is to document the Jewish Diaspora across the globe.
“I have spent my life documenting diverse cultures, and the nexus between Greeks and Jews, philosophically, historically and their impact on world civilisation has inspired me.”

Documentary filmmaker Ms Gordon talking to Neos Kosmos said, “We were honoured that the Perth Greek Festival chose to feature our exhibition, I made the documentary Following Shira’s Journey: A Greek Jewish Odyssey, together with Natalie Cunningham, after 30 years of research into the history of the Jewish communities of Greece. So little is known about their existence and their tragic losses during the Holocaust and I am passionately driven to tell their story and educate people far and wide about these unique communities.” 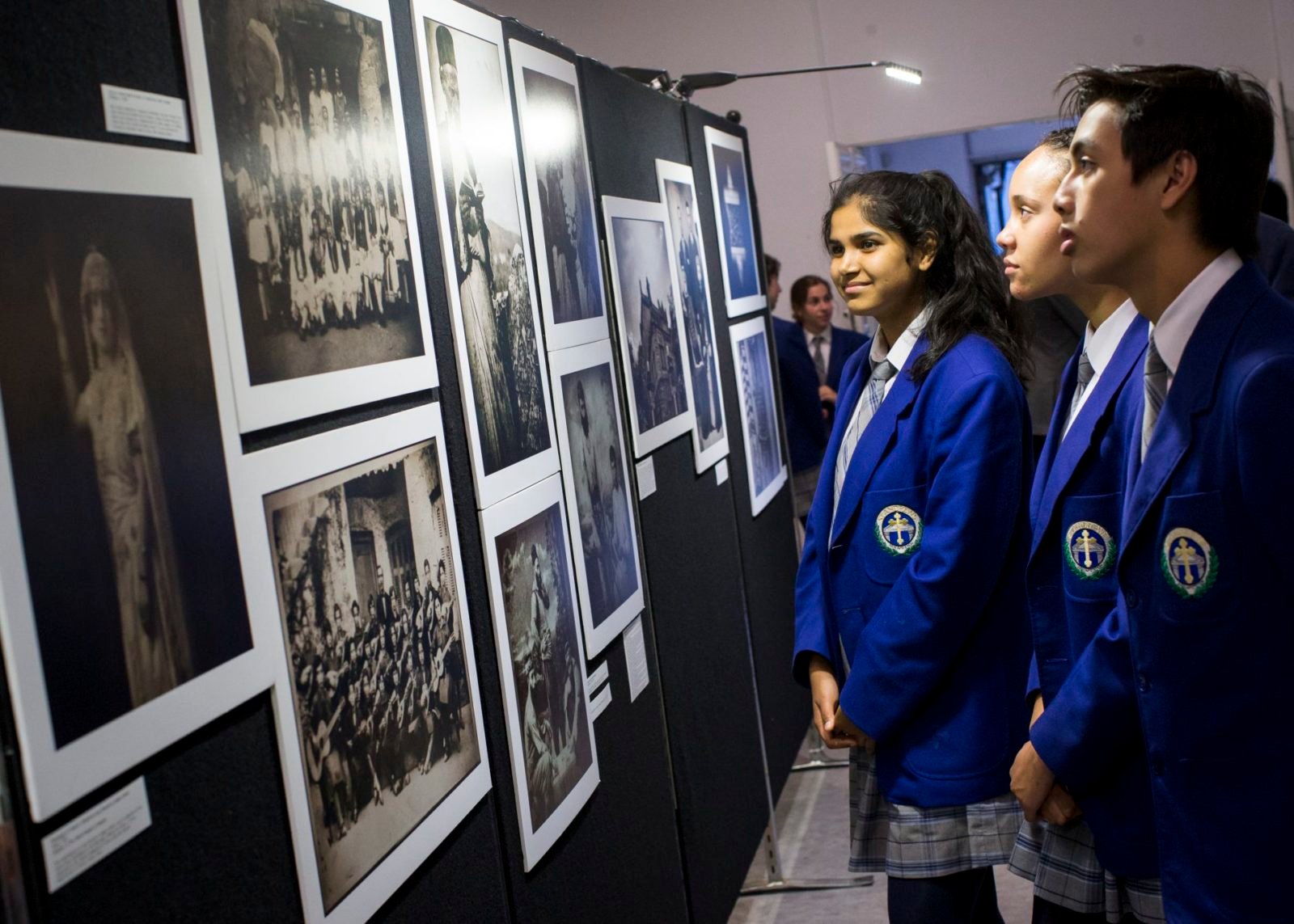 Photos: Students of St Andrews Grammar at the exhibition 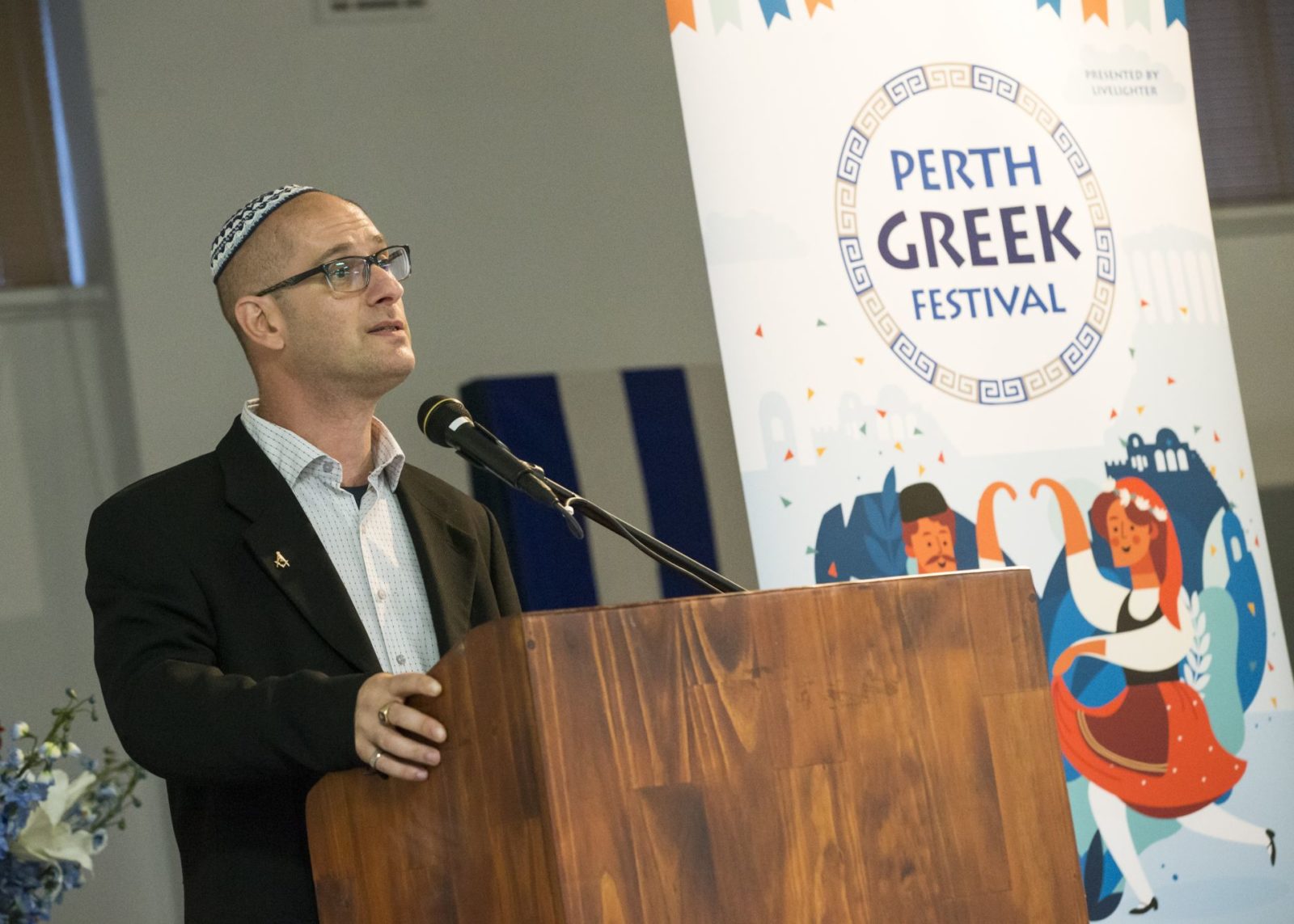 Rabbi Cohen spoke Greek at the event as well. 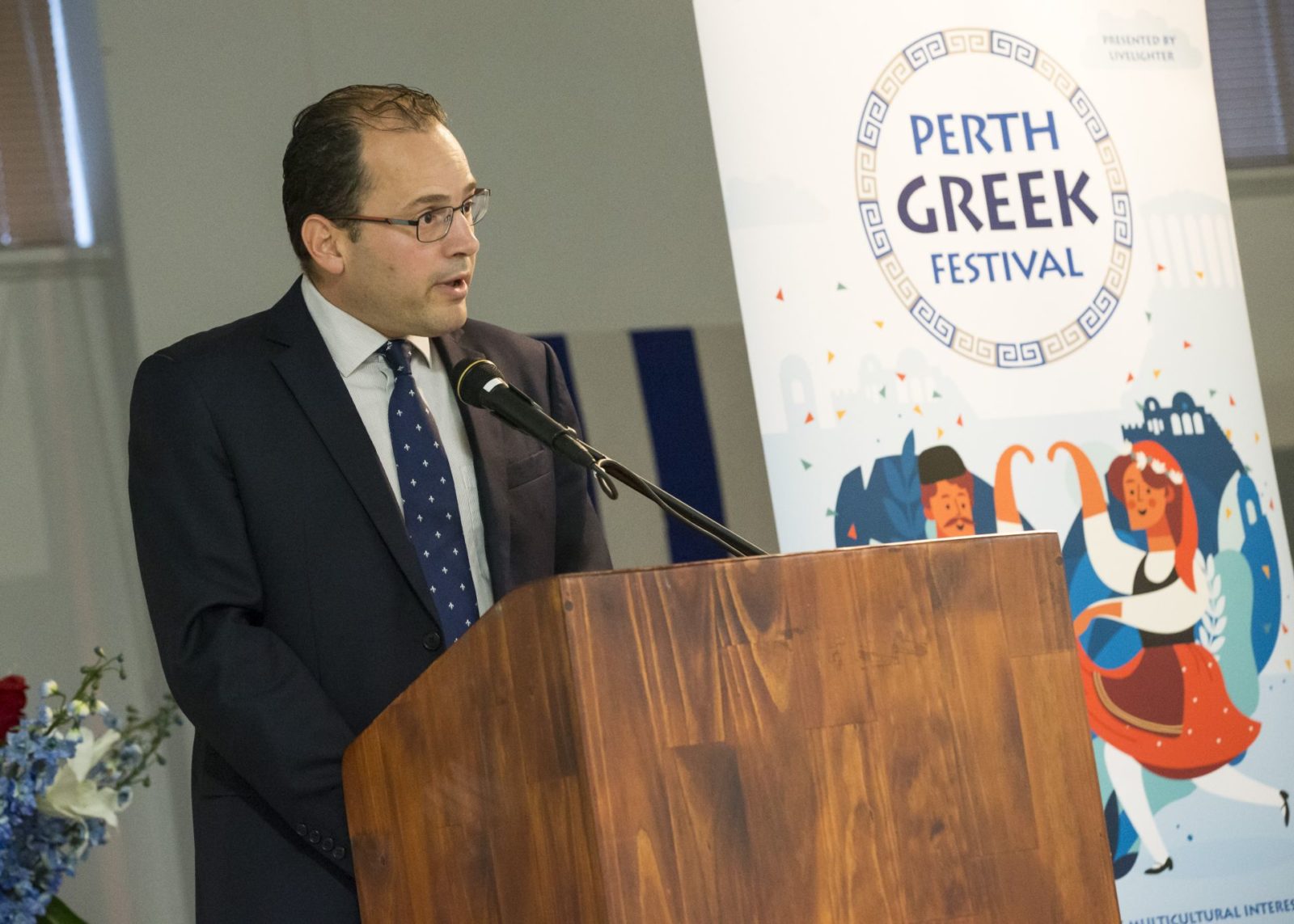 Most of the Jews in Thessaloniki, once a major Jewish centre in Greece perished in the Death Camps in 1943 after being deported by the German Nazis occupiers. Jews who escaped the Nazi terror joined the Greek EAM ELAS Resistance waging guerrilla war against the Nazi forces in Greece, others left Greece.

Archbishop Damaskinos of Athens, recognised as Righteous Among the Nations, by Israel’s Holocaust Museum in Jerusalem, spoke out of behalf of the Jews in March 1943 when he published public letters addressed to then prime minister Konstantinos Logothetopoulos of the Quisling Hellenic State and Günther Altenburg of the Auswärtiges Amt, who together with the Wehrmacht administered Greece.

Referring to the deportation of the Jews of Thessaloniki to the Auschwitz death camp, which began in March 1943, Damaskinos wrote he and others in the Orthodox faith, followed the words of St Paul that “there is neither Jew nor Greek”.

Though 12,465 kilometres away from Thessaloniki, Perth honoured the ancient and contemporary historic, cultural and links between Greeks and Jews at the event, while also recognising the survival of those Jews connecting with their Greek heritage.

READ MORE: When the Jewish volunteers came to Lemnos The opening of the exhibition. Photos: E. Santos John Metaxas the Coordinator of HCWA said that the inauguration was “a great success and was opened by the Greek Consul for Western Australia, Antonios Koliadis”

The Consul highlighted the “long and historic links between Jews and Greeks” and asked all to never forget the fate of those who perished in the Holocaust.

The President of the HCWA Savvas Papasavvas, Rabbi Cohen and Adi Cohen from the Temple David both lauded the “deep connection between the communities”, and Rabbi Cohen spoke in Greek.

Peter Katsambanis MLA and Simon Millman MLA also spoke and underscored the importance of the project.
While the Holocaust left the community devastated, those who survive have kept the ancient traditions and cultural practices of Greek Jews alive.

When: The Jews of Greece: Then and Now exhibition is part of the Perth Greek Festival and  ends on 5 Nov.
Where: The Hellenic Centre is at 20 Parker Street, Northbridge, Western Australia
Cost: Free