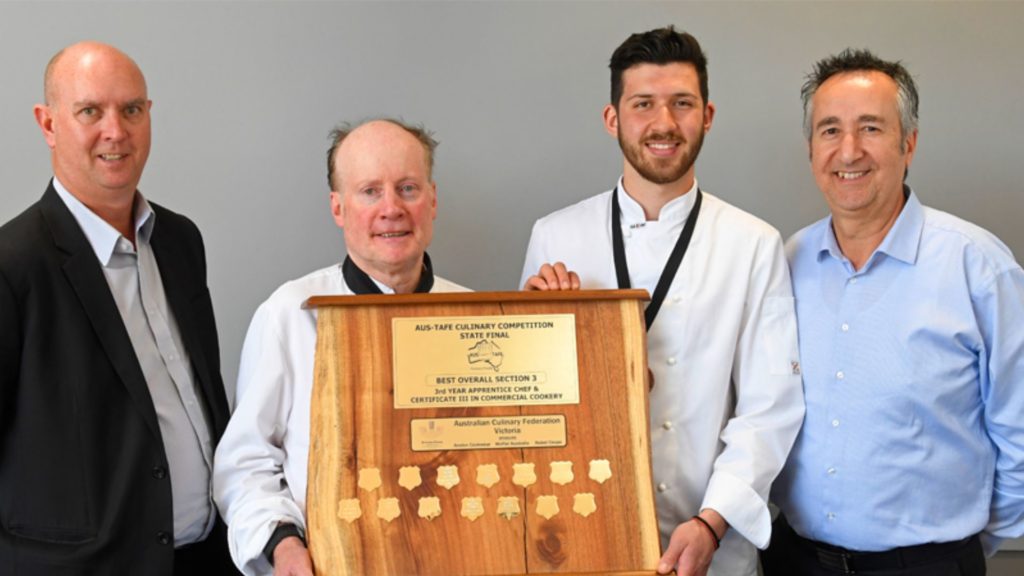 “The competition was a two-hour test of chef skills,” Nick said. “Contestants are given a brief beforehand, then the timer starts ticking.”

“The teachers were great, especially during the competition process – they were very supportive and helpful.”

READ NEXT: A Greek Australian behind the ‘Best Patisserie in Australia’

He currently works at the prestigious Rockpool Bar & Grill at Crown, “where you always see someone famous walking in, so that’s pretty cool”.

Nick is currently working towards a Certificate III in Patisserie.

“I’ve really loved the patisserie section at work,” he said.

“In five years’ time I want to be somewhere where there’s a lot of paddock to plate, I’m really into it, where you have a garden and then you use it in the restaurant.”