Pomegranate fruit, the Greek elixir that France can’t get enough of 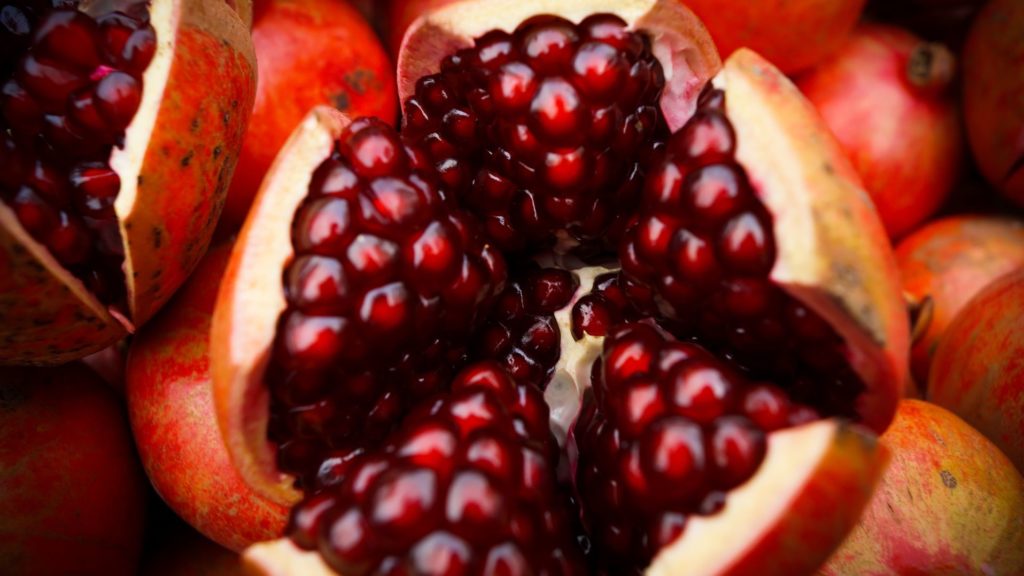 The multiple benefits of pomegranate fruit are no secret. It fights cancer, helps in cell rejuvenation and is easy to grow.

Producer and exporter Stefanos Kassidis, whose company in Ditiko, NW Thessaloniki cultivates 1,200 hectares, told Athens-Macedonian News Agency (AMNA) that the pomegranate business is a lucrative one in Greece with France paying a euro per 1ml of oil extracted from pomegranate seeds.

Mr Kassidis also touts the pomegranate’s medicinal properties, helping the body’s immunity system fights diseases while the oil is frequently used in medicinal and skin care beauty products. He says the oil “is drinkable, contains vitamin C that protects the heart and arteries, fights cancer and has the ability to help rejuvenate cells.”

He points to the different parts of the fruit. “Essentially, the oil extracted from the seed is the ‘gold’ part of the fruit – the most potent part of it – it’s a foundational raw material in the production of cancer-fighting medicines and beauty products,” he says.

Mr Kassidis’ company began its operations during the economic crisis. With a staff of 90 people, the company exports 95 per cent of its pomegranate production, which includes fruit and juice to Europe, Russia, the Far East, Israel and Jordan. France is the only country to receive the oil extract, which Mr Kassidis states “is not enough” as “you need 1,000 tons of pomegranates to produce 400 kilos of oil. It’s precious, that’s why even 1 ml costs one euro.”

The popularity of the Greek oil extract is due to the quality of the preparation process. “We are global pioneers, because in our industry we have vertical production in pomegranates and produce large quantities. We are the only ones on Greek and European level to produce oil in industrialised form,” he says, adding that Greece has a great opportunity to claim part of the growing pomegranate market thanks to its climate and reputation bearing in mind the prominence of pomegranates in ancient Greek myths.

1/2 cup of toasted walnuts (according to taste)

Salt and pepper to season

Soak dates for about 10 minutes in hot water until soft

Pulp dates, peppers, sesame seeds, walnuts and the juice in a food processor until smooth. Add the olive oil and combine. Season with salt and pepper. Store in the refrigerator. Garnish with pomegranate seeds. Serve with pita bread.