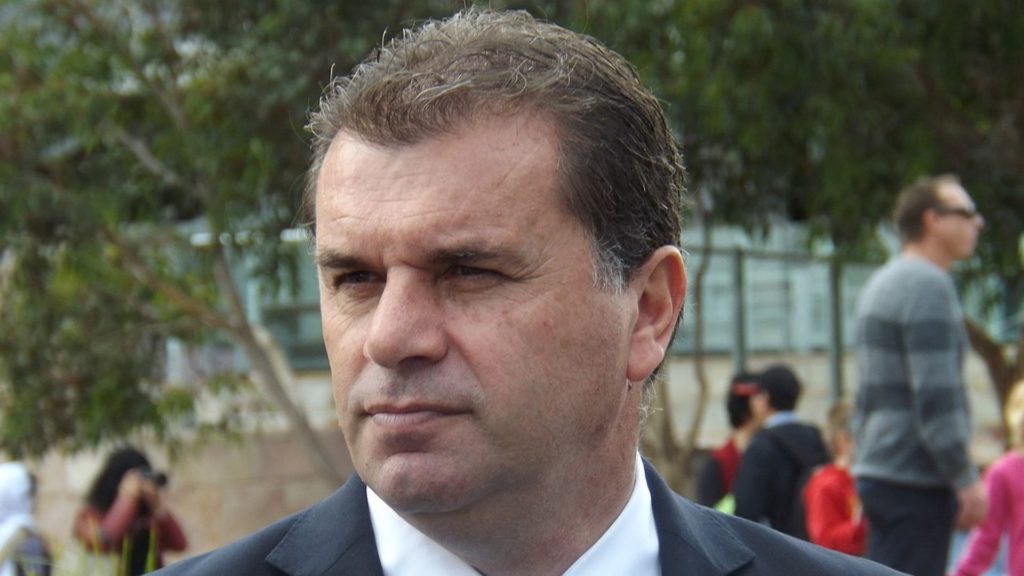 Ange Postecoglou during the Asian Cup in 2015 at Federation Square, Melbourne. Wikimedia Commons

J-League title contenders Yokohama F Marinos have rewarded its Aussie coach Ange Postecoglou with a one year contract extension which will see him coaching the club for a third season, till the end of the 2020 season.

The bold possession-based style of the former Socceroos boss has won the respect and admiration of the Yohohama fans, producing as it does, an exciting brand of football with more goals scored than any other J-League team this season. Coupled with the team’s rise up the ladder to the point where with just three rounds remaining, they are sitting in second spot on the table just one point behind leaders FC Tokyo and with a real shot at the title.

The team’s performances have seen Postecoglou receive the J-League Manager of the Month award in October, and has the Marinos sitting above two of the traditional J-League powerhouse teams, Kashima Antlers and reigning champion Kawasaki.

Yokohama’s last three matches of the season are against relegation embattled Matsumoto Yamaga away from home next Saturday, followed by two matches against 5th placed  Kawasaki (away from home) and a potential title decider on the last day of the season at home to FC Tokyo.

Winning the J-League or even finishing runners up and qualifying for the AFC Champions League next season would be a remarkable personal achievement for Postecoglou and be another historic achievement for Australian coaches coaching overseas, following on from the success of another Aussie coach Joe Montemurro, who earlier this year, led the Arsenal women’s team to the WSL title in just his second season at the club.

If Yokohama wins the J-League title this season, Postecoglou’s achievements would be sure to attract the attention of European clubs and lead to offers from Europe sooner rather than later.