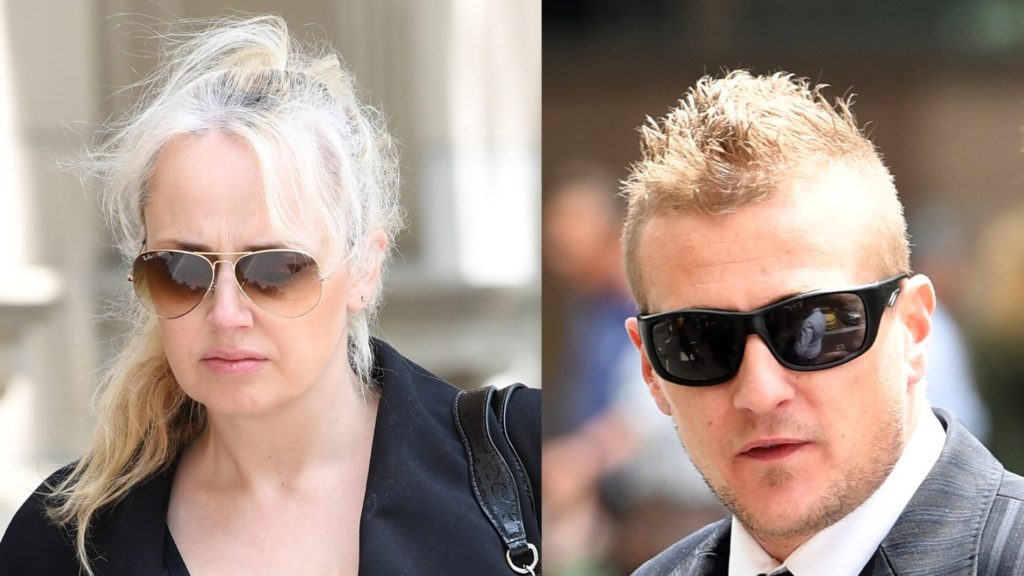 Dale Ewins and Zita Sukys are suing the Victorian Government for damages after the pair were shot by police officers at Inflation nightclub. Photo: AAP Image/Julian Smith

Victoria Police agreed to a multi-million dollar settlement with two people shot by police officers at a Melbourne nightclub.

The Supreme Court heard that Dale Ewins, 37, and Zita Sukys, 39, came to an agreement with the State of Victoria after suing police for excessive force during a bungled operation at a Sinners and Saints ball at the Inflation Nightclub in July 2017.

Police raided the night club after being told that Mr Ewin, dressed as Joker, was in possession of a fire arm.

Staff told police that the firearm was a toy, but police fired shots at Mr Ewins, twice in the back causing severe injuries, after he aimed the toy gun at police. Ms Sukys, in close proximity to Mr Ewins, was shot once, accidentally by police.

King St nightclub owner Martha Tsamis was a party to the proceedings and that it has affected her business.”Firstly, it happened in my venue so I have a duty of care to my customers. But it traumatised my staff. it took a toll on all of us to deal with this saga.It  broke down relationships between police and us because we felt betrayed. The public weren’t given all the information correctly. They said that there were multiple triple 0 calls but there weren’t,” Ms Tsamis told Neos Kosmos, adding that the “public had a perception of wrongdoing” without being informed that the gun was a plastic toy and the police had been informed of that.

Financially, Ms Tsamis was affected by getting public liability which saw her premiums go up by close to $100,00 and her excess went from $5,000 to $100,000. Her club was also made a target of police raids after she made a complaint about police officers.

Now that the evidence has been tested, Ms Tsamis, Mr Ewin and Ms Sukys are considering formal action.

“The two victims are asking for an independent investigation into this matter to be made public, and I’m supporting that request by saying that it hasn’t been investigated properly,” Ms Tsamis said. “As we sit here today, police lack internal accountability and don’t have an effective oversight body. This matter needs to be investigated by someone independent and those people that caused this need to be held into account.”

Victoria police are already under fire for other allegations of police brutality.

“People are walking around the street as though it’s Beirut with machine guns,” Ms Tsamis said. “We’re in Melbourne.”