Book launch for ‘Lemnos and Gallipoli Revealed’, a book that should be on the school reading list 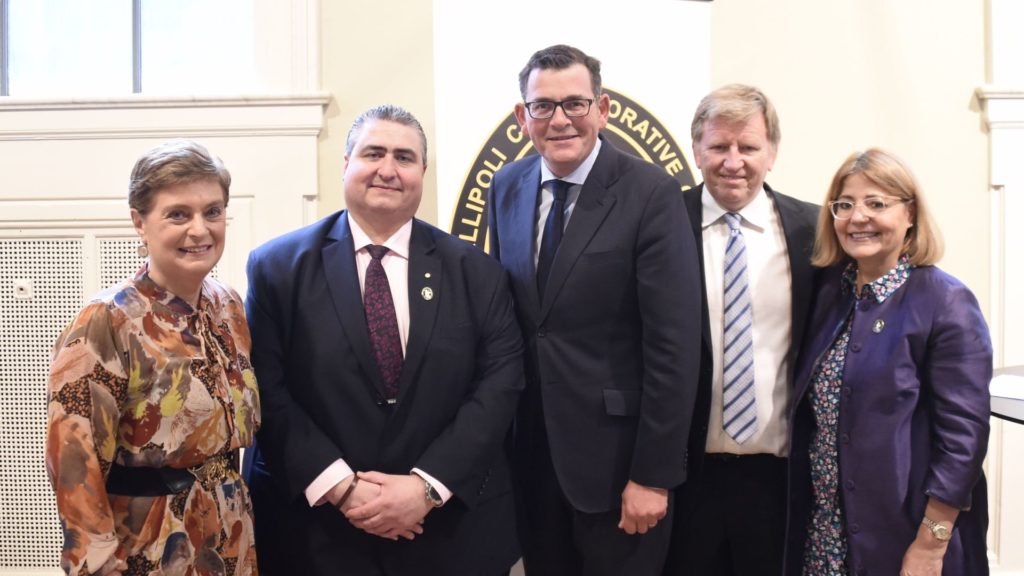 Key stakeholders from the Australian and multicultural community of Victoria attended the the book launch of academic Jim Claven’s latest work, ‘Lemnos and Gallipoli Revealed’. But the spotlight was not on the important people from the academia and the world of politics, but on the stories of heroes that have marked history.

Victoria’s Premier Dan Andrews, who officially launched the book at the State Library of Melbourne on Wednesday, said that they are stories that commemorate “service and sacrifice”. He said that they make up our “sense of identity we cherish every day.” He did not neglect to point to the Greek identity of these Australian stories, adding that “Melbourne is a Greek city”.

“The Greek contribution to Victoria cannot be overstated. You simply cannot imagine Victoria without the contribution Greeks have made. We have so much to be proud and grateful for,” he said, adding that “history and the sense of where we’ve come from is taken seriously in our school and our community.”

They are stories that Mr Claven is a master at digging up, and weaving together in a personal sense making them palatable and easy to devour, even for those who may not care about dates and strategy but who enjoy an emotional tale. For Mr Claven it has also been a very personal journey and has not been limited to scouring over books and manuscripts, either. As a founding member of the  Lemnos Gallipoli Commemorative Committee, he has been a tireless advocate for the promotion of our common history, documenting stories before they are lost in time.

“I have been fortunate to have met the descendants of these people who have shared their family’s stories, their photographs and their diaries,” Mr Claven said about the body of work which he has carefully collated.

“It has been a labour of love for Jim,” said Christina Despoteri, vice president of the Lemnos Gallipoli Commemorative Committee, pointing out that he had hundreds of pages worth of material, meticulously collected and put together in an articulate, accurate and authoritative work.

Greek Consul General to Melbourne, Dimitrios Michalopoulos said that the book is “not just  a pretty gift. It must find its place in the libraries and schools in Victoria, regardless of whether you are a Greek or not.”

The sentiment was one echoed by everyone present. “We need to get it into every school library. That’s the next step,” said Mr Andrews.

The sentiment was echoed by everyone present, and esteemed guests were plentiful, while speakers also included Lee Tarlamis, Dr Peter Ewer, and Dr Kevin Mollow of the State Library of Victoria.