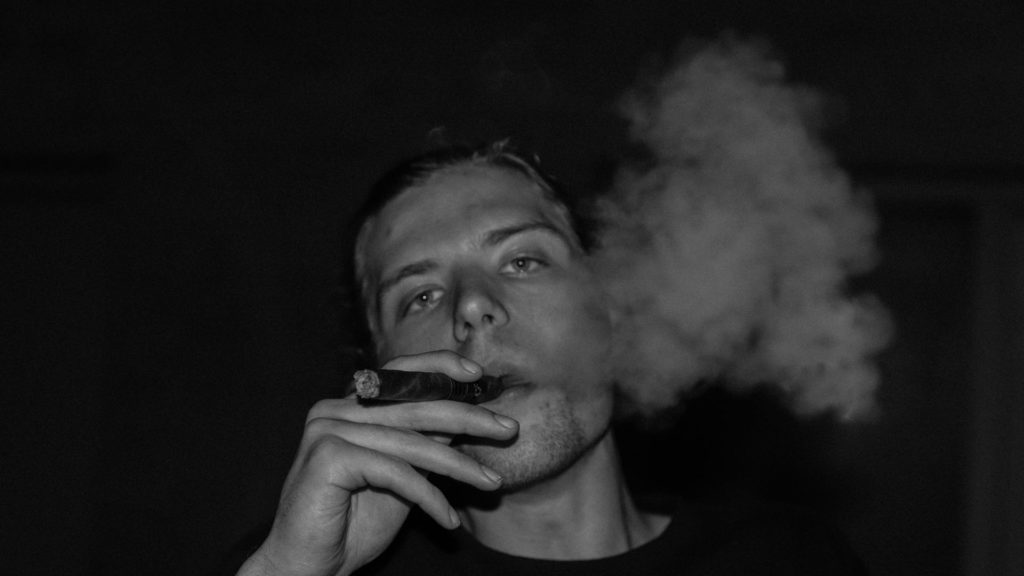 Much ado has been made recently about the anti-smoking bill in our homeland.

The bill, as we all know, had been in effect since 2008 but had never been implemented.

I would like to share one of my many experiences with smoking during my last visit to our country.

It was a very hot early afternoon in August. We had just departed from Meteora, and were just out of Kalabaka where we stopped at a village taverna for lunch.

The heat was unbearable. And even though there were tables on the veranda we preferred to find a place inside the spacious and air-conditioned restaurant.

We sat near the window, under a large banner that said: SMOKING IS STRICTLY FORBIDDEN (ΑΠΑΓΟΡΕΥΕΤΑΙ ΑΥΣΤΗΡΑ ΤΟ ΚΑΠΝΙΣΜΑ).

The establishment, from what we could tell, was a family business.

The mother served as a waitress, the son was behind the cash register, whereas the father was in the kitchen.
We ordered our food and waited.

In a little while, the kitchen door opened and the chef came out.

He held a large pan with both his hands. He was taking it to the bain marie. From his mouth hung a cigarette. The ashes were about to fall in the pan.

Soon after, a fire truck pulled up at the parking lot of the restaurant.

They headed to the cash register. The young man offered them a cigarette and all three of them started smoking and chatting.

I looked at my acquaintances, and I looked at the sign that said SMOKING IS STRICTLY FORBIDDEN.

I shook my head.