Greek Super League Round 14 results: Successful kick off to AEK tenure for Carrera

The Italian coach had a difficult start but his team managed to walk away with a well-deserved win over Xanthi as Olympiacos and PAOK both appeared comfortable away from home. OFI puts an end to Oenning’s unbeaten record 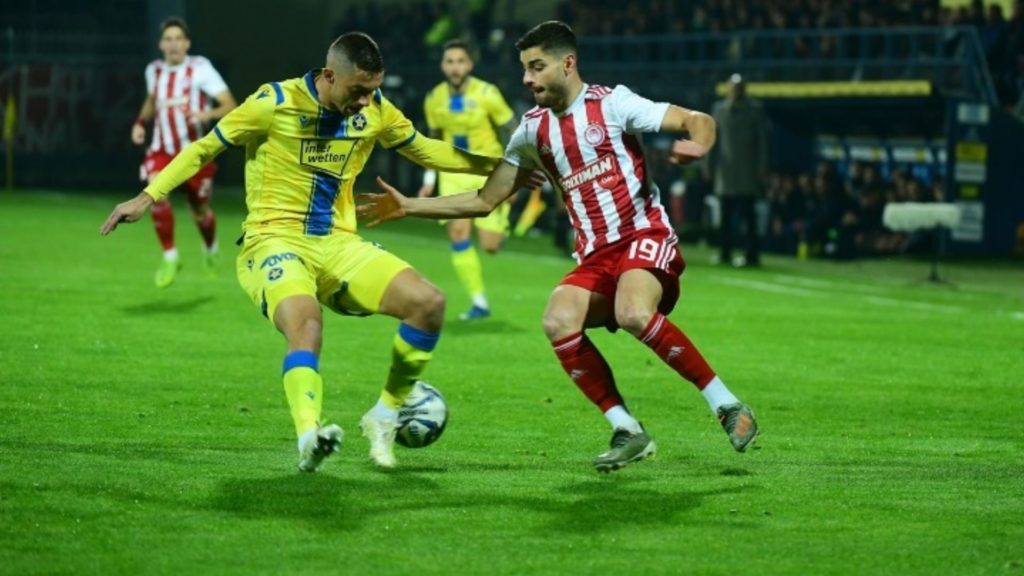 Giorgos Masouras scored two goals in a single game for the first time in his career. Photo: APE/MPE

Round 14 of the Greek Super League featured a suspenseful win for the new AEK manager Massimo Carrera.

His team appeared to be in a deadlock with Xanthi as the two teams battled for possession of the ball in midfield, yet a silly mistake by Vasilis Fasidis lead to his expulsion from the game, altering the circumstances while creating more space for the visitors.

A late thunder strike from midfield by Greek international Kostas Galanopoulos turned out to be all that AEK needed to leave the “Pigadia” with all three points, as the former Juventus manager made a great start at his new club.

Elsewhere, OFI and Aris offered the crowd (and those watching from home) a thrilling encounter, with the visitors claiming the lead just after 12 minutes thanks to a Brown Ideye effort who simply placed the ball into the back of the net after a shot by Daniel Larsson fell to his feet.

Yet with their supporters cheering them on, the Cretans began to pile on the pressure and it wasn’t long until they found the keys to unlock Aris’ defence.

More specifically, on the 30th minute, Ricky Vaz found the crucial equaliser, sounding the horn for the counter attack.

The second goal to complete the upset came on the 71st minute by Felipe Souza, while a couple of minutes later Joao Figueiredo took advantage of the huge caps in the visitor’s defence in order to write the final score.

At the same time, both PAOK and Olympiacos had no issues against Panetolikos and Asteras Tripolis respectively.

The champions defeated the team from Agrinio 0-3 with goals provided by Pelkas, Limnios and Akpom, while the team from Pireaus annihilated Asteras 0-5 with both Masouras and El Arabi scoring twice and Daniel Podence providing the other.

But their win was not without sacrifice, as both the Portuguese winger and Brazilian mastermind Guillerme were injured during the game and will miss out on their team’s midweek game against AEL.