Australia’s fires conjure memories of Greece: from Mati to Mallacoota 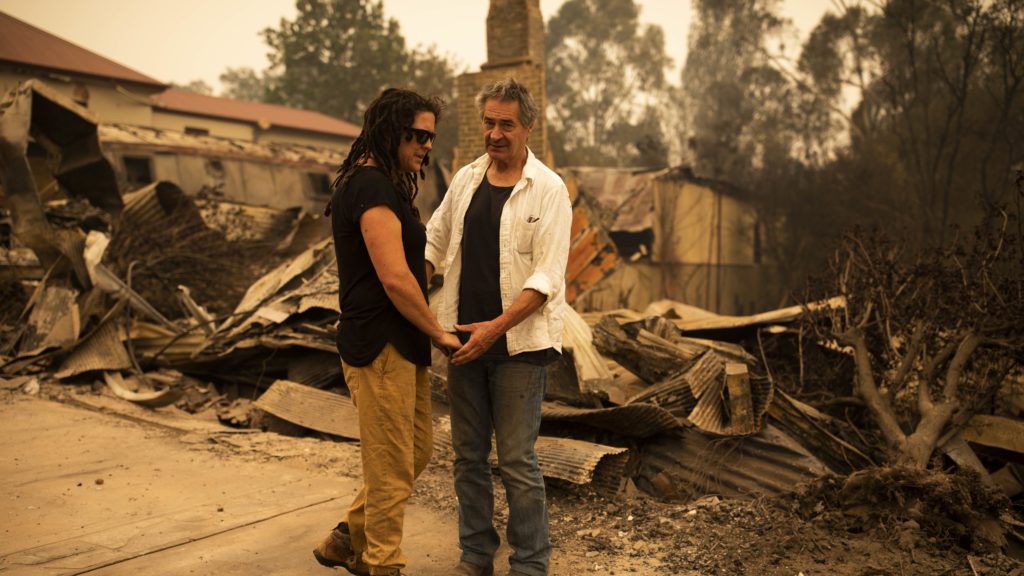 Blackened hills. Cars turned to molten metal. Houses picked clean by flames. People huddled on beaches listening to the roar of fires burning out of control.

The ravaged regions are in Australia, but the experience is not unlike the devastating wildfires that swept through coastal towns in Greece in July 2018. Both countries showed a lack of preparedness, even though you’d think that Australia and Greece are worlds apart when it comes to resources available to them.

In Greece, many blamed years of austerity that lead to the poor state of the country’s emergency services which were ill-prepared to deal with the inferno. Anger mounted as it was revealed that the Greek fire service had previously warned the government that deep budget cuts during the economic crisis had left it unprepared to handle two large fires at the same time. Their calls were ignored.

On the other end of the globe, Australian politicians prefer to address firefighters’ valour rather than offer funding as bushfires wreak havoc across NSW, Victoria, South Australia and parts of Queensland and Western Australia.

Prime Minister Scott Morrison was abused during a meet-and-greet in Cobargo on Thursday in the wake of Tuesday’s bushfires in the Bega Valley where three people lost their lives. A woman told him, “I’m only shaking your hand if you give more funding to our RFS (Rural Fire Service).” Others jeered and were so angry that Mr Morrison had to escape from the heckling crowd in his chauffeur-driven car.

However, rather than swing into action Mr Morrison has urged people to show “patience”. Yes, patience.

“What is needed is the coordinated response that these agencies planned for in circumstances like this,” he told reporters in Sydney.

As he calls for calm, critics accuse his government of not doing enough to facilitate firefighters. For instance, he could be committing more of the armed forces, providing proper communication systems that would allow firefighters to better connect with each other, offer funding or come up with solutions to help deal with the loss of natural wildlife as iconic marsupials with declining populations come under threat.

Faced with a similar situation in 2018, former Greek Prime Minister Alexis Tsipras refrained from telling people to be patient.

It only took five days for Mr Tsipras to assume political responsibility for the disaster. An emergency meeting was held where he acknowledged that his government could have done more to prevent loss of life.

“The dead cannot talk, but the least we can do in their memory is to show respect for the truth,” he said.

In Australia, firefighters are urging for the same – truth. They gather each year on the anniversary of Black Saturday to remember the dead. As one firefighter said about the  anniversary: “It should have been an opportunity to remind people of the dangers of bushfires and what can happen and the limitations of an organisation like ours, and to use that in a positive way to reinforce future preparedness rather than constantly looking back at the tragedy and not learning anything from it.”

It still remains to be seen what Mr Morrison will learn from the disaster, and whether his government will accept responsibility in its role in mitigating future bushfire impacts.

One thing that has changed slightly in Mr Morrison’s stand is the link he made on Thursday between reducing emissions and protecting the environment. In the past, he defended the coal and gas industries, deflecting talk of climate change. Michael McCormack, deputy prime minister, has always backed Mr Morrison in this, dismissing climate change claims as those of “inner city raving lunatics.”

The narrative showed signs of changing on Thursday.  “Our climate policy settings are to meet and beat the emissions reduction targets, emissions reduction under our government is 50m tonnes more than the previous government and we want to see them continue for this country and continue to better the achievements we have already made, with measures that achieve that,” he said.

But for the people who have lost their homes, Mr Morrison’s promises may be too little, too late.

READ MORE: Sydney-siders gasp for air: ‘It really does feel like we are suffocating’

Thursday’s cool change was brief respite for firefighters who are bracing themselves for a “dangerous day” today and “unprecedented” conditions on Saturday with soaring blazes and strong winds.

NSW Rural Fire Service (RFS) fighters say that Saturday’s danger zones will cover a broader geographical area, with a  particular  focus in areas where the most destructive fires have already struck.
South East towns that have already been hit by the fires are bracing themselves for a return to danger as there is still vegetation there and a potential for a wind shift to result in the return of blazes.

Weather forecasters warn that there could be gusts in excess of 100km per hour at exposed coastal locations.

Urban areas near Sydney are also being threatened as a result of the Grose Valley and Green Wattle Creek fires that have previously broken containment lines.

NSW RFS Spokesperson Cathie Moore said that more than 3.6 million hectares of land had been scorched since July last year, which is more than the last three seasons put together.

Victoria also faces challenges with Victoria’s Country Fire Authority (CFA) attempting to remove remaining fuel around existing fires. Saturday is expected to be a dangerous day for the north-east of the state, whereas fire-ravaged Mallacoota is expected to reach a top of 42 degrees and face strong winds.

People have been warned to leave areas such as Mount Kosciuszko National Park and the Victorian Alpine areas of East Gippsland as well as the NSW coastline from Bateman’s Bay to the Victorian border.

Blazes on the South Coast of NSW have claimed seven lives, and another person died in Victoria’s East Gippsland region, increasing the death toll to 18, while 17 are unaccounted for.

Morrison calls for 'calm' amid bushfires

Scott Morrison wants Australians to respond to the bushfires with 'patience and calm'."We cannot control the natural disaster but what we can do is control our response," the Prime Minister said.What do you think?