The Cretan Federation of Australia & New Zealand celebrated its 40th anniversary with the turn of the new year.

To mark the occasion, the Cretan Association of South Australia hosted the 40th Cretan Conference in Adelaide from 2-6 January.

The five day event was well-attended by more than 500 Cretans, and friends of Crete from all walks of life.

With the new year and decade also came the changing of the guard, with outgoing youth President Eleftherios Saviolakis officially handing over the baton to Polymnia Nikolakaki, while outing Federation President Maria Lagoudaki did the same with Antonis Tsourdalakis.

A number of official guests attended the conference, among them His Eminence Archbishop of Australia Makarios and the Consul General of Greece in Adelaide, George  George Psiahas, amongst a host of others.

It was a momentous occasion, marking 12 years since members of various Cretan Brotherhoods had come together in Adelaide, with the last conference held there in 2008. 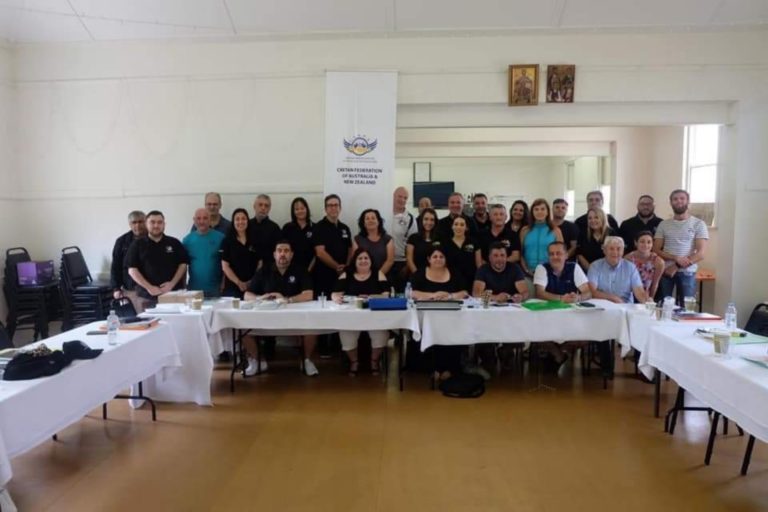