Neos Kosmos is heartened by the immediate response by the Greek Community, Church and individuals who have fundraised for those affected by the terrible fires 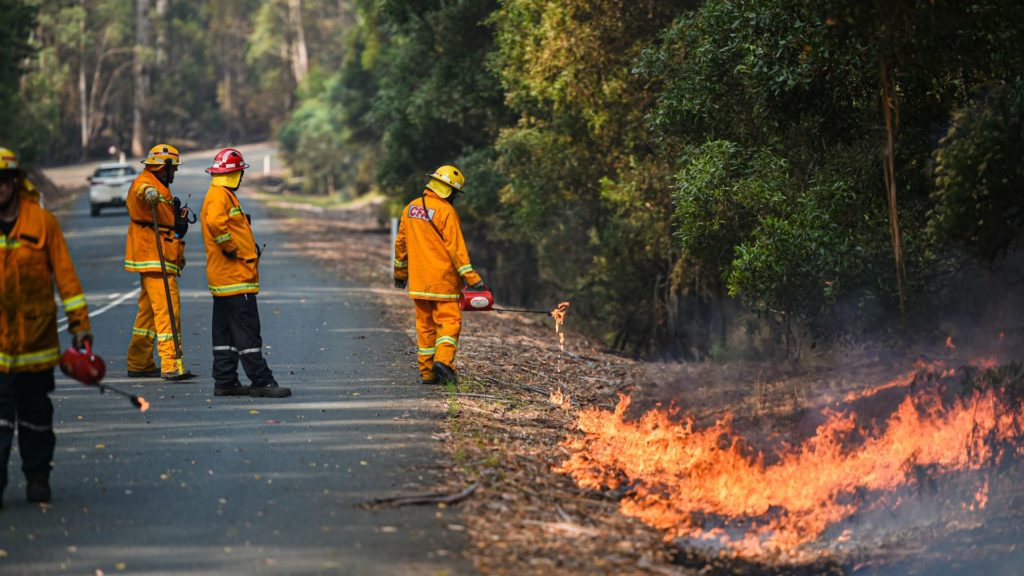 We will assist fundraising efforts by promoting any legitimate activity in the paper, online and social media.

The Greek community and individuals across Australia have responded to the tragic and continuing bushfire crisis.

The Greek Community of Melbourne, Victoria is organising a fundraiser for the bushfire victims on 17 January at Chasers nightclub.

Bill Papastergiadis, President of the Greek Community of Melbourne said in a media release that the Greek community is “coming together, to do what it does best, support people where needed.”

“We can all remember the massive fundraising event last year for the Mati fires, once again we are banding to support our follow Australians.”

All proceeds will go to support those who have been impacted on by the terrible fires.

Martha Tsamis of Chasers Night Club called on all to “be part of this combined effort”.

She underscored money raised in 2018 for the Mati fires.

“The Greek community in 2018 raised over $1 million dollars towards the Mati fires in Greece. Let’s smash that record.”

The Greek Orthodox Archdiocese for Australia was quick off the mark to organise a fundraising effort. Archbishop Makarios in an open letter said that the Archdiocese of Australia “hurts deeply with the pain and suffering of all those affected.

“However, we know well that sensitive words are not enough.”

He announced that a “collection tray will be circulated in all Greek Orthodox parishes of Australia” and that all the money collected from this fundraiser will reach “the people who need it.”

The Archbishop called on everyone – “Greeks and non-Greeks, Orthodox and non-Orthodox, Christians and non-Christians faithful and non-believers,”to donate to the Greek Orthodox Fire Appeal.

Our own ‘bad boy’ of tennis Nick Kyrgios pledged $200 for every ace he serves to bushfire victims.

Kyrgios broke down in his post-match interview when asked about his efforts.

“I don’t care about the praise…my hometown is Canberra and we have the most toxic air in the world at the moment. It’s pretty sad. It’s tough,” said Kyrgios.

“I am not interested in making grandiose statements, I am heartbroken to see the devastation and appalled by the lack of federal political leadership in preventing this catastrophe and in responding to such an immense crisis.”

Maras added that his children’s foundations Living without Limits Foundation which is geared towards supporting children challenged by autism and cerebral palsy will raise money towards the Kangaroo Island relief appeal.

Zaparas Lawyers donated a substantial $50,000, Paul Zaparas wrote in a Facebook post, “Our hearts ache over the loss of human life, effected communities and the destruction of native habitat and wildlife.”

Greek Australians continue to donate to various bushfire appeals, the CFA, Red Cross, either as part of community organisations, businesses, and faith groups or as individuals.

Please let us know by contacting editor@neoskosmos.com.au no activity is too small.

We are all in this together.