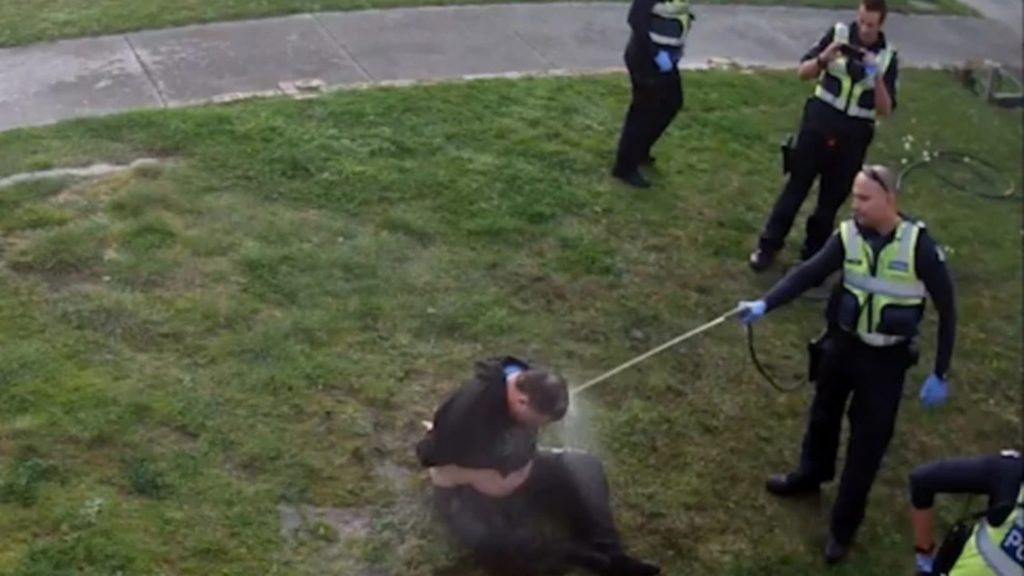 Melbourne disability pensioner John Goutzoulas told Heidelberg Magistrates Court on Thursday that police officers punched, pepper-sprayed and wetted him with a high-pressure hose, “like a dog”, outside his Preston Home in September 2017.

Mr Goutzoulas said that he was dragged out of his front door before being hosed down, and CCTV footage aired in court showed the man begging the officers to leave him alone. “Leave me alone. Please leave me alone,” he said in the footage.

He told the magistrate that he was in a “lot of pain” during and after the attack. He had undergone two surgeries on his spine and had also had cancer treatment prior to the alleged assault.

Paramedics took Mr Goutzoulas to Epping hospital, where he felt he had to endure the “humiliation of walking through the hospital in just a gown and my underwear.”

“I was almost naked,” he said, and he was forced to leave the hospital in nothing but a gown and was barefoot while waiting for a taxi.