The hunt for Melbourne’s best pastitsio

The Lonsdale Street Greek Festival team is on the lookout 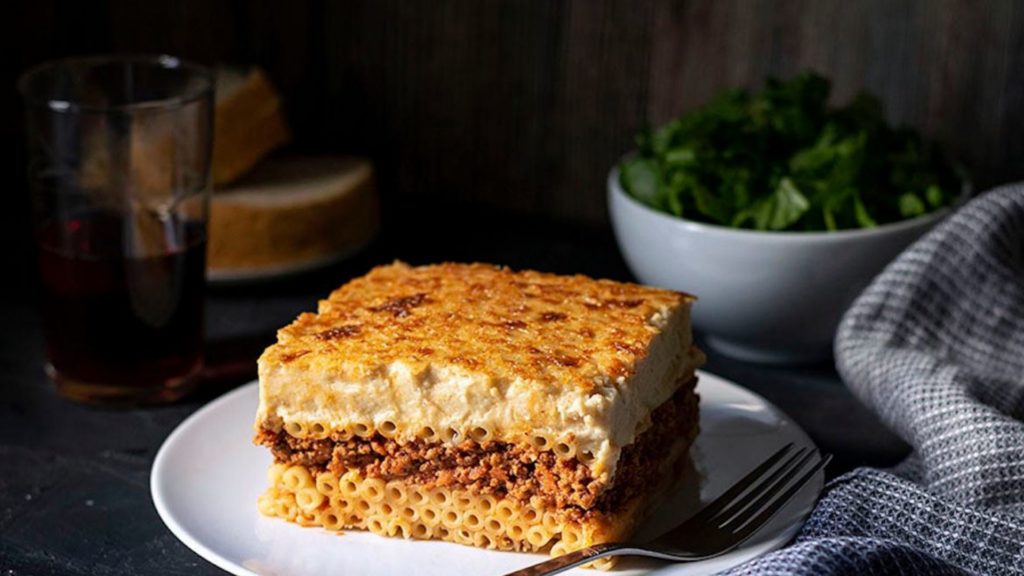 Whose pastitsio will have what it takes? Photo: Facebook (The Greek Centre)

Summer in Australia is festival season, and so the time has almost come for the Lonsdale Street Greek Festival.

This will be the 33rd year that the two day event will take over the streets of Melbourne’s Hellenic quarter in the CBD, with tens of thousands expected to turn out for the street party.

Just a month away, organisers are getting down to the business end, and are on the look out for none other than Melbourne’s best pastitsio.

Perhaps you’re always debating whether it is your mama or theia that makes the best béchamel sauce. Or maybe it’s yours that is best. The time has come to put the debate to rest and find out, once and for all.

Variations of pastitsio are found across the eastern Mediterranean, as well as the various regions of Greece.

The spices can be switched up according to your taste buds, but as per the Greek cuisine, pastitsio is traditionally a baked pasta dish made with tubular pasta, mince filling, béchamel sauce, and topped with a grated goat’s cheese.

In Cyprus, pastitsio is often referred to as “makaronia tou fournou“, with the meat filling a mixture of pork, beef or lamb flavoured with mint, parsley or cinnamon. Tomatoes feature occasionally, and the dish is topped with grated halloumi or anari cheese.

If you think that your pastitsio, or that of someone you known, has what it takes to impress the likes of some of Melbourne’s best Greek cooks and industry professionals, be sure to register for Pass the Pastitsio.

Winners will not only walk away with the title of best pastitsio; there are also some exciting prizes up for grabs.

The Lonsdale Street Greek Festival is on from Saturday 29 February to Sunday 1 March. To register your spot in Pass the Pastitsio, visit https://forms.monday.com/forms/bc0a37c4741480e1ba3def66c5d80d5c

TIPS FOR MAKING THE BEST PASTITSIO

· Be sure to cook your pasta al dente. Otherwise you risk your pasta being too soft and mushy.

· To ensure your pastitsio has as much flavour as possible, don’t skimp on olive oil. In addition to salt, add olive oil to the boiling water for your pasta. Once cooked and drained, drizzle with more oil and sprinkle with grated Parmesan cheese and combine.

· When it comes to your meat sauce, seasoning is everything. Add salt, garlic, and don’t be shy about using spices. A few drops of red wine wouldn’t go astray either.

· To add a little extra shine to your béchamel, add extra olive oil. To add another dimension to the flavour, add nutmeg at the end.

· To be extra organised, you can prepare your pastitsio the night before. Once all your ingredients are assembled, make sure it is well covered and refrigerate over night.