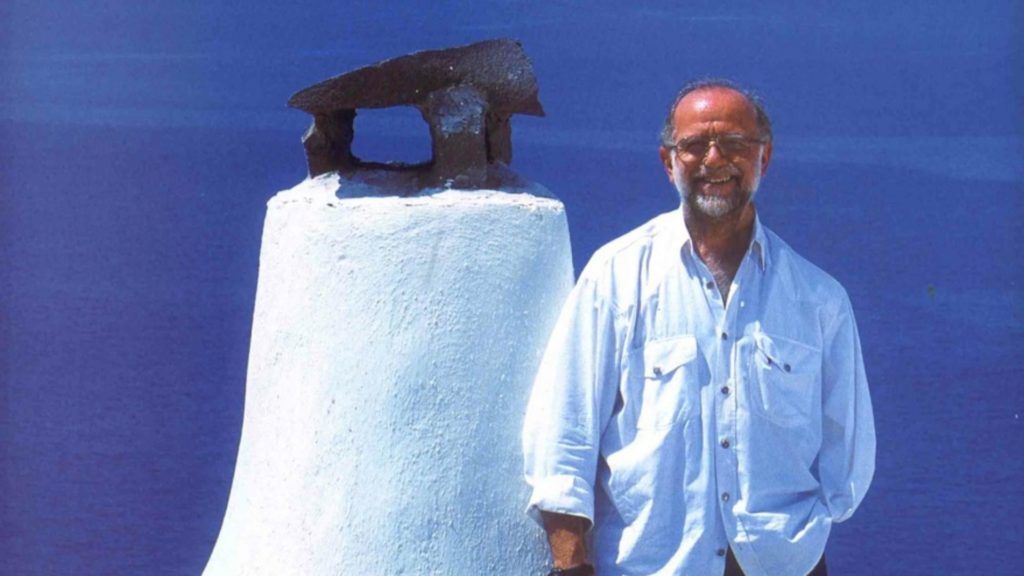 Born in Athens, he went on to make a name for himself as Greece’s premier designer of the second half of the 20th century, playing a key role in defining the Greek aesthetic.

Over three decades his creations were sold around the world, his designs appearing on the cover of some of the world’s biggest magazines the likes of Vogue and Harper’s Bazaar, amongst others.

Along with ready-to-wear fashion, Tseklenis also designed uniforms for flight attendants and students, as well as upholstery.

Among the roles on his impressive CV was doing the interior decorating for the wedding of Spain’s Princess Sofia and Prince Juan Carlos in 1962. Then in 1964 he worked on the wedding of Queen Anne-Marie and King Constantine II of Greece.

In 1977 he was faced with a serious personal health issue. Tseklenis was diagnosed with melanoma, resulting in the amputation of his left arm.

But even that couldn’t stop him, going on to work in the industry for another 12 years.

In the 1990s he put a greater focus on interior design, working on hotels and holiday homes, as well as the Athens Metro carriages.

Some of his work and cherished items can be seen in museums the likes of the Victoria & Albert Museum, Metropolitan Museum of New York, Art of Silk Museum in Soufli and Peloponnesian Folk Art Museum, where he donated almost all his prototype garments from his 1970s and 80s collections in 1997.

Most recently he had helped to provide a boost to the silk industry of Soufli by creating a new line of pure silk scarves.

Meanwhile he had been preparing a large retrospective exhibition of his work, which organisers have said will still take place in his honour.

Among those paying their respects to the late designer was Vogue Greece, which took to Instagram to express their “sincere condolences”.

Tseklenis is survived by his second wife, Efi Mela, who was Miss Hellas in 1954, and his son Constantinos.