Florinian fiesta at the Piperia Festival 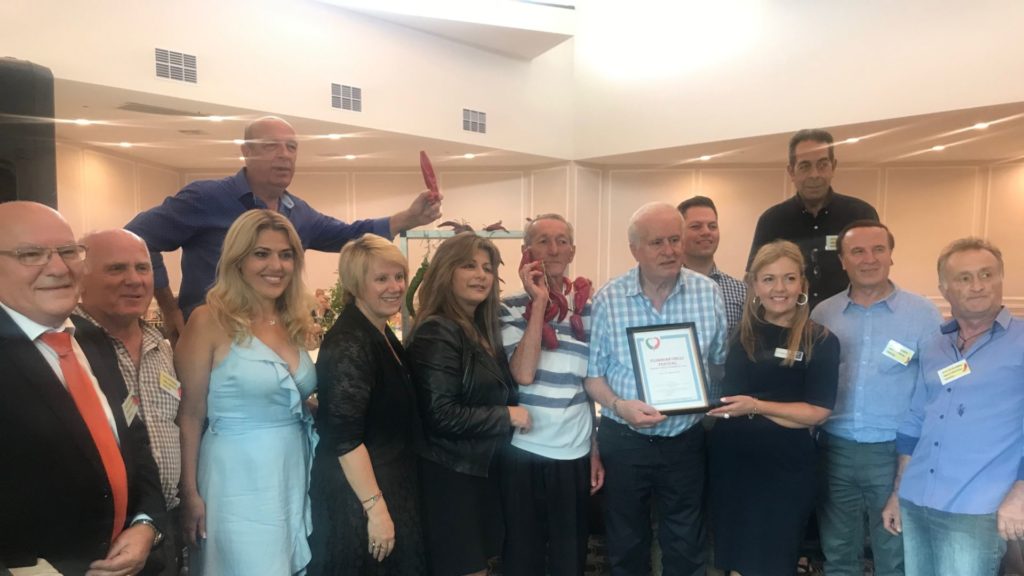 Florina’s Piperia Festival was held at the Transfiguration of our Lord Church Hall in Thomastown.

The annual competition of the longest piperia was judged, with a piperia longer than 30cm winning the completion. Mr Tzoumerkas won first prize. It was hotly contested with more than 20 entries.

Last year’s winner Sam Papaioannou was within the top three this year and joked that he taught Mr Tzoumerkas all he knew.

The festival President Tom Pappas and the committee did a great job in organising the event with souvlakia, Florinian pites, loukoumades and tsipouro, being part of the day. DJ Michael Liagourdis entertained with traditional Florinian music with everyone dancing and immersing themselves in Greek Florinian entertainment.

READ MORE: Ouzo Festival is a bridge between Melbourne and Lesbos

The event was well attended by people from all over Melbourne, with the Mayor of Brimbank Georgina Papafotiou and Cr Virginia Tachos (Brimbank) and Cr Mary Lalios (Whittlesea) partaking in Greek dancing, culture and traditions of Florina, the northern part of Greece.

It is a testament to the New United Villages of Florina committee who organise the annual festival and also run a seniors group that operates every Tuesday night at Florinian House in Thornbury. They are very welcoming and φιλότιμοι and keep the wonderful traditions alive, through their hard work and volunteering.