Restaurant announces $19,652 from sales of its Tsitsipas souvlaki Melbourne Greek institution Stalactites is thrilled to announce they have raised $19,652 from sales of its ‘Tsitsipas Souvlaki’, which launched at the beginning of the Australian Open and created in conjunction with Greek tennis ace Stefanos Tsitsipas, who regularly visits the restaurant while in Melbourne.

Running throughout the entirety of the Australian Open, an impressive 1156 ‘Tsitsipas Souvlaki’ were sold.

A hundred per cent of the sales will be donated to Country Fire Authority (CFA) and Wildlife Victoria, adding to the $10,000 already donated by Stalactites and its owners. 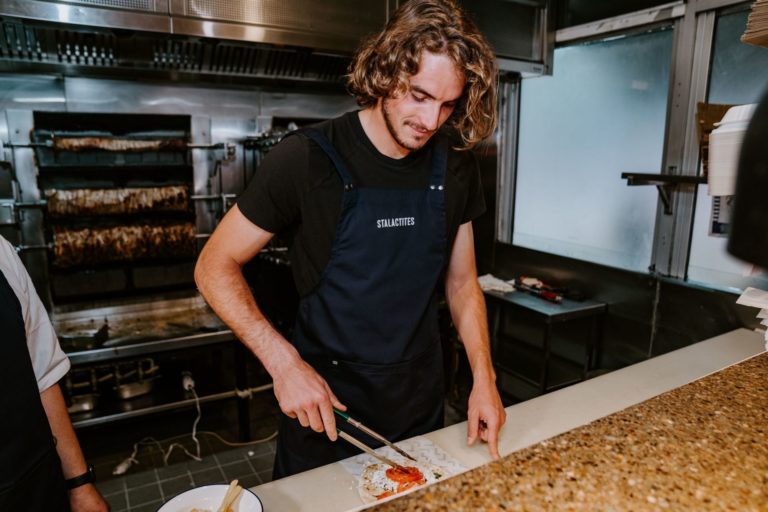 Since 2006, Stalactites has created an ongoing tradition of naming a souvlaki after their Australian Open Hellenic heroes.

In 2006 the trend began with Marcos Baghdatis, a regular customer of the restaurant, who made the final against Roger Federer, with the restaurant naming a ‘Baghdatis Souvlaki’ in his honour. Last year, Stalactites donated 50 per cents of the proceeds from the ‘Tsitsipas Souvlaki’ to the player’s charity Together for Children NGO, with an impressive total of $8,000.