There will be souvlaki, ouzo and Greek music and dance in the large Greek street festival on Lonsdale Street where the Greek Community of Melbourne’s Antipodes Festival is set to take place on Saturday 29 February and Sunday 1 March. 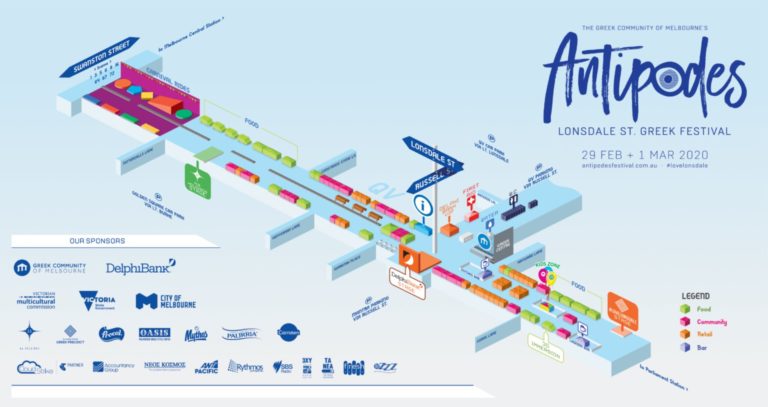 Neos Kosmos will be there to cover festivities. Check our site for our live blog throughout the festivities. And send us photos and videos from the event to mary@neoskosmos.com.au