Delphi Bank’s Women’s Business Luncheon celebrated International Women’s Day, and brought together a powerhouse of women to share their stories with an audience of 60 guests on Thursday.

Vanessa Ganis of Delphi Bank said the function room in which the luncheon was held at the State Library of Victoria was specifically chosen for the event as it was named after Isabella Fraser, the first-listed female librarian to work at the State Library.

The Official Welcome was presented by Olyvia Nikou QC the first Greek-Australian to be awarded silk status (SC) in Australia.

Each woman related the challenges and experiences that were part of the journey to achieving their ambitions and hopes.

The speakers answered questions provided by Ms Hadji and then fielded questions from the audience.

Award-winning photographer and author, Marina Brbot spoke about the publication of her book Because She Can which tells the stories of 30 women, and was presented to a lucky winner in the audience. 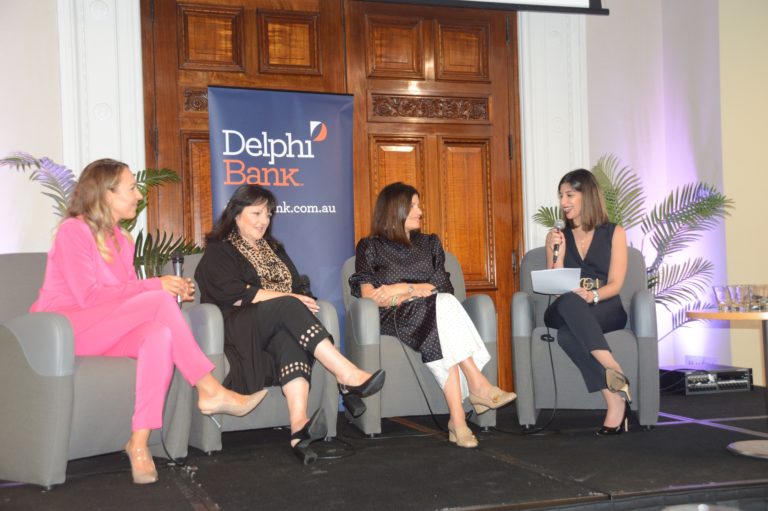