From Boort to Elassona, Nafplio and Crete – The Photographs of Sergeant Alfred Huggins

Those who attended the donation ceremony at the State Library of Victoria. Photo Christina Despoteris 2020

Last week saw members of Melbourne’s Greek community join with descendants of an Australian soldier to witness the donation to the State Library of Victoria of his original wartime photographs, including many unique images of Greece.

The collection is that of Sergeant Alfred Huggins, who served with a field medical unit of the Australian Army in the Second World War, comprising some 200 photographs taken by him during his war service in Greece and the Middle East, along with a number of postcards collected by him. The whole photographic collection comprises two albums and a collection of individual photographs. There are over 40 photographs (along with postcards from the time) of Greece, the vast majority of which offer unique images of Greece before and during the Greek campaign.

Reviewing the photographs for the family and the State Library, I was impressed by their quality, number and subject matter. The collection includes photographs of Alfred’s arrival in Greece, with visits to the Acropolis. But they also include images as the battles began and the ensuing Allied retreat. There are few photographs of this period during the Greek campaign due to the speed and ferocity of the German invasion. Yet Alfred was able to photograph his deployment to northern Greece, with images of Elassona and Lamia, as well as the enemy bombing raids that caused such destruction to Greece. He also photographed his unit treating a wounded soldier in the field as well as a burial, with the mountains of Greece in the background.

His photographs depict his withdrawal across central and southern Greece, to his evacuation port of Nafplio. Alfred records the Allied downing a German aircraft at Nafplio and his unit’s burial of the female pilot. He survived the dangerous voyage to Crete, with a number of images documenting his time there. He goes on to document his evacuation from Crete in the days before the German air attack, with scenes of Suda Bay harbour, his voyage on the transport Lossiebank headed for Alexandria, noting its having been subject to enemy air attack during the voyage.

Another unique aspect of the collection is a series of photographs taken by a German soldier, from whom Alfred took the images. These show the German arrival in Athens and the preparations of German airborne troops headed for Crete.

READ MORE: The first photographs of the Acropolis

We are also thankful that Alfred’s collection is enriched by its inclusion of an audio recording of Alfred talking about his Greek campaign experiences as well as his having recorded his experiences in writings on the back of some his photographs sometime after the event. These combine references to the dangers of German bombing, with accounts of his having narrowly missed death, as well as the beauty of the natural environment he was moving through, including “the famous Mt Olympus.”

On display as part of the donation exhibition was a rare copy of a large-format book entitled The Sacrifices of Greece in the Second World War published by the post-war Greek government documenting Greece’s suffering during the Second World War, in both human and infrastructure terms, with tables and maps, graphical demonstrating the immensity of the destruction. The book was made available by Denise Zapantis.

The donation was made by Alfred’s son’s Philip and David, accompanied by other members of their family, and received by the State Library’s CEO Kate Torney and Collections Manager Dr Kevin Molloy. The donation was also attended by Christina Despoteris and Deb Stewart of the Lemnos Gallipoli Commemorative Committee, Paul Sougleris of the Greek Anzacs group and Denise Zapantis. Former Victorian Premier, the Hon Steve Bracks, a personal friend of the Huggins family and supporter of the State Library also attended.

Philip Huggins spoke of how proud the family was to have the collection accepted by the State Library. Thankfully the photographs had survived the normal changes in family life, largely due to the Alfred’s wife. Philip has been an Anglican Bishop for 25 years .His spirituality is deeply nurtured by the Greek Orthodox‘s Prayer of the Heart. He has been a pilgrim to Mt Athos and has practiced the Jesus Prayer for more than forty years. As current President of the National Council of Churches in Australia, he is building a friendship with Archbishop Makarios, new Greek Orthodox Archbishop of the Holy Archdiocese of Australia.

David Huggins explained how he had toured Crete, visiting some of the sites connected to Alfred’s war, accompanied by the Hon Steve Bracks. Dr Molloy spoke on behalf of the Library stating how important it was for them to receive collections such as this which added immeasurably to the Library’s growing archival collection.

In the future the photographs will be available to view on the State Library website. However Paul Sougleris foreshadowed the possibility of Alfred’s collection being show-cased at a planned photographic exhibition at Melbourne’s Papaflessas hall in Thornbury later this year.

I provided an overview of the significance of the collection, drawing on my biographical study of Alfred’s wartime experiences which was donated as part of the collection. I stressed how collections such as these – depicting Greece through Australian eyes – are significant to our multicultural community, uniting Australian’s of Greek heritage with the families of Australian service personnel. These images not only tell an individual personal story of war but also connect both these communities through their depiction of Greece. 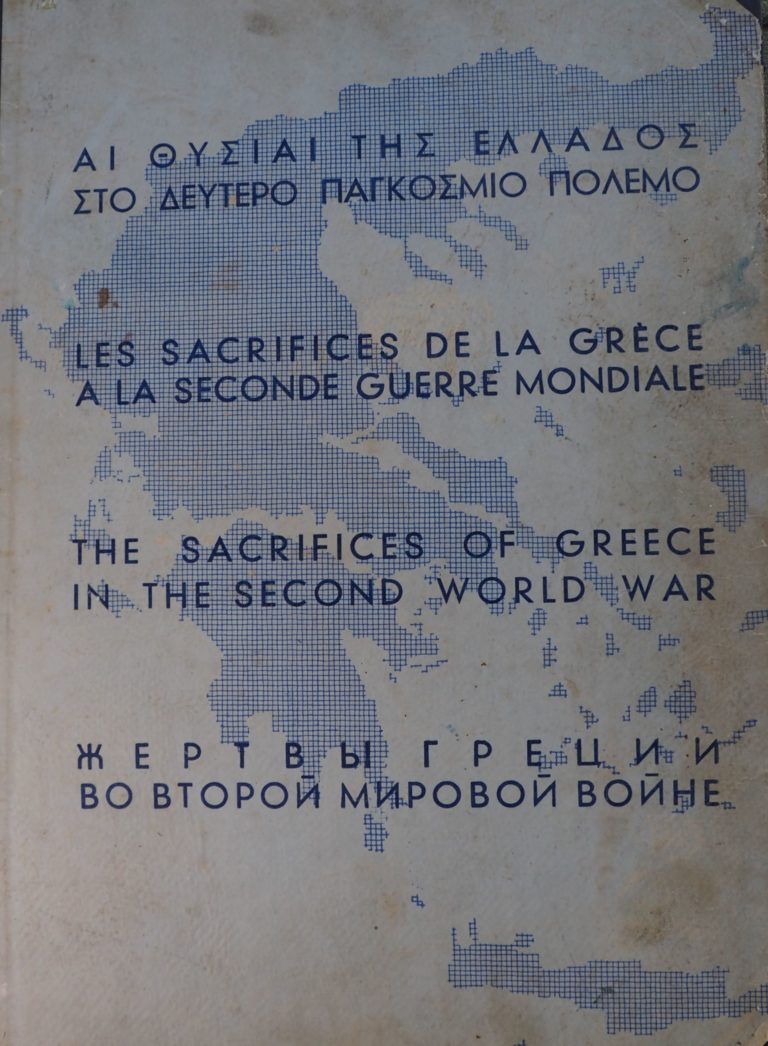 I hope that these donations will encourage others to do so. Anyone with wartime collections of photographs of original materials and are considering donating them to a public institution for their preservation can contact me at jimclaven@yahoo.com.au.

* Jim Claven is a trained historian, freelance writer and tour guide. Secretary of the Lemnos Gallipoli Commemorative Committee since 2011, Jim is the author of the recently published ‘Lemnos & Gallipoli Revealed: A Pictorial History of the Anzacs in the Aegean 1915-16’.