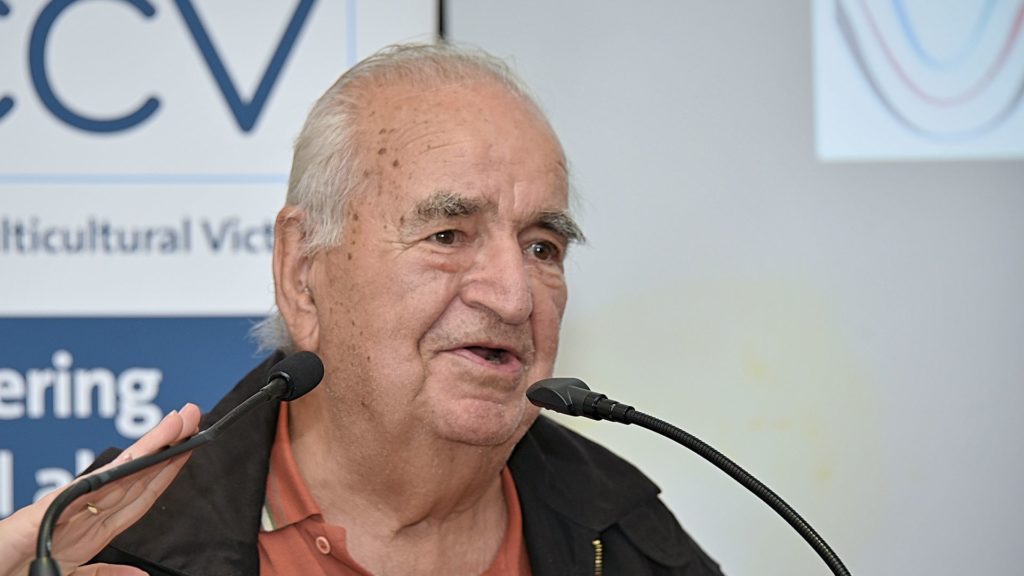 The Ethnic Communities’ Council of Victoria (ECCV) has awarded a rare Life Membership to George Zangalis, one of the founders of Ethnic Community Broadcasting in Australia and of the ECCV itself.

The chairperson of the ECCV, Eddie Micallef said that over its 50-year history, only six other people had received the award which was made to Mr Zangalis this week.

“We look forward to an opportunity to celebrate George Zangalis’ Life Membership and his lifetime achievements after the current public health crisis has passed”, said Mr Micallef.

“On behalf of our Board, staff and members we thank George for his leadership and service to the ECCV and multicultural communities in Victoria.”

The ECCV said in a statement that Mr Zangalis had been given the Life Membership award for his “commitment and energetic advocacy on behalf of migrant communities in Australia.

“He was one of the ECCV’s founding fathers and a leading contributor to the Federation of Ethnic Communities’ Councils of Australia’s support for migrant rights.”

As a pioneer of Ethnic Community Broadcasting, Mr Zangalis served on Australian Broadcasting Corporation’s (ABC) State and National Advisory Councils and also on the board of the Special Broadcasting Service (SBS) in the early 1980s.

Mr Zangalis was born in 1931, the fourth of five children. His family came from Drymades in North Epirus. He came to Australia in 1950 and became involved in working class and progressive organisations within the Greek community. He was also involved in the Australian labour movement and in multicultural campaigns, a commitment, the ECCV said, that he still maintains.

“I acknowledge and accept with deep appreciation and a sense of profound solidarity the honour of life ECCV membership,” said Mr Zangalis on receiving the award.