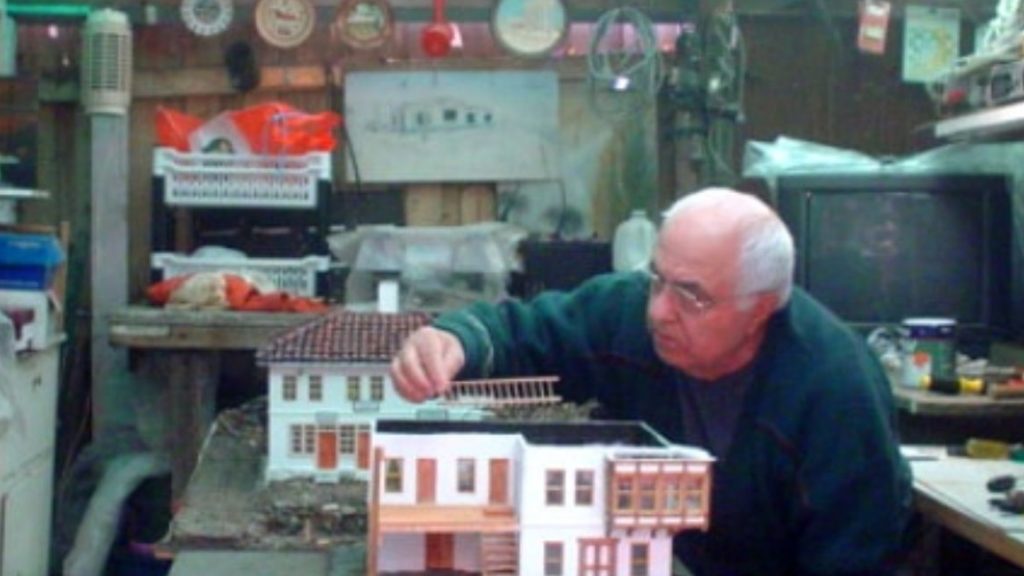 Anastasios Kolokotronis in the moment of creation. Photos: Supplied

The self-proclaimed descendant of General Theodororos Kolokotronis, a hero of the Greek War of Independence, lives in Melbourne and is very much a survivor though he has preferred to make art, not war.

Anastasios Kolokotronis, who was born and bred in Nea Magnisia Thesslaoniki, wrote to Neos Kosmos to tell us that he has seen a lot in his 91 years and coronavirus is just the latest instalment.

“Due to coronavirus, we are staying at home, and at the age of 91, I took up my micro-tools to create my 30th micro-work of art,” he said.

As a craftsman, Mr Kolokotronis has known a great deal of success and his works can be found at the Folk Museum of the Municipality of Delta Thessaloniki, and are studied by the Architectural School of the University of Melbourne.

His latest work is a Greek-style mansion replica from his home town.

“It is a wealthy house built in 1937 in my refugee village of Nea Magnesia,” he told Neos Kosmos. “Near the refugee houses there was a palace. It belonged to my compatriot, merchant George Sarris, and was torn down in 1993 (to make way) for a large building. I put a coffee cup beside it to compare the size. The house has two roads at the front. For as long as (coronavirus) restrictions continue, I’ll add the two connected shops and a refugee house.”

Mr Kolokotronis studied at the American Agricultural School of Athens before migrating to New South Wales in Australia.

These days he resides in Melbourne and apart from his handicrafts, he has written more than 20 books, mainly in Greek, about his life and background. His latest work, in English, dedicated to his children and grandchildren is called “The Book of My Life” and is also available in pdf version for free – and the story is not over yet.

What are you up to while in social isolation? Are you as creative as Mr Kolokotronis? We’d love to see your DIY artworks and renovations. Send photos to mary@neoskosmos.com.au or link them to our social media pages.