What sport may look like in a post-coronavirus world

Pandemic puts a halt to several competitions, with clubs and organisations losing from hundreds to millions of dollars on a weekly basis 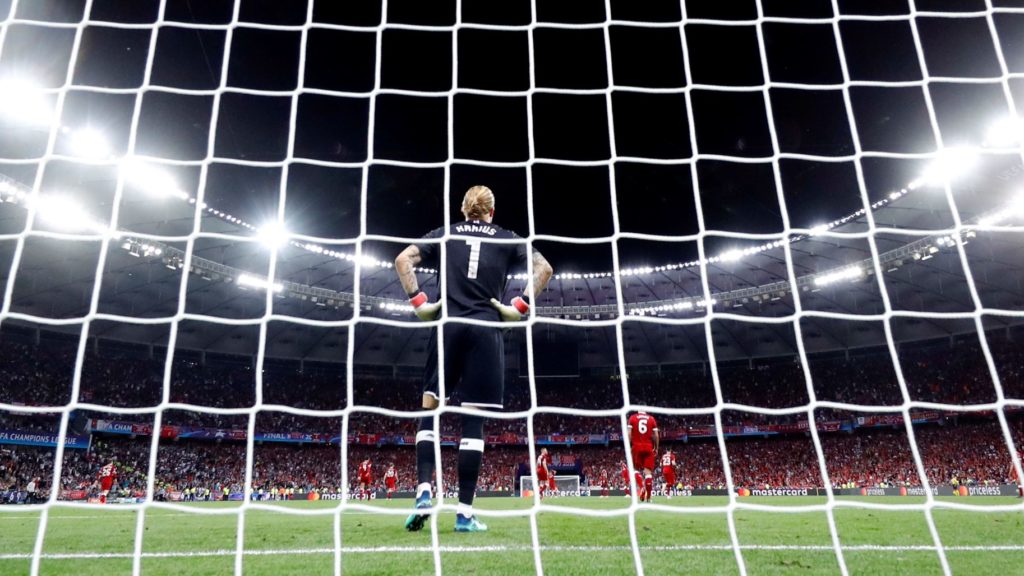 It will be quite a while till we see images such as this, with athletes playing in front of a stadium filled to its maximum capacity. Photo: AAP via REUTERS/Kai Pfaffenbach

The sports industry is one of the most heavily affected sectors by the coronavirus pandemic.

Hundreds of thousands of athletes across the globe have been forced into isolation due to the strict restrictions imposed by their local governments in an effort to control the virus as much as possible.

Restrictions have had a domino effect that has spiralled out of control leading to the creation of huge debt which worsens with every passing day that players remain away from their professional obligations.

Beyond wages lost, there are other debts that dig deep into the industry, including TV rights, sponsorship contracts, empty venues, maintenance, staff wages, and the list goes on and on. This has all snowballed to create a financial gap of unprecedented level. It will take a long time for the debt to be recovered. And to think that the sports industry has only been shut down for two months. If the restrictions were to last until the end of the year, the damage would be inconceivable.

For this reason, several leagues across Europe – which is where the sport is played at its highest level – are so insistent on ending the current season.

The European Football Committee (aka UEFA) has already announced that whichever federation declares an annulment of the season will be on the receiving end of a heavy penalty, which could potentially mean the exclusion of their teams from next season’s Champions League and Europa League.

And all federations across Europe seem to want to move in accordance with UEFA’s orders, yet they appear to be stuck between them and their government’s decisions.

Two prime examples are those of the Netherlands – where it was announced that no professional or community sport was to be played until 1 September – and France – where the Prime Minister Edouard Philippe put a preemptive end to the season.

The two nation’s leagues were forced to retire early, yet already clubs who were in a favourable position on their respective league table are threatening with legal charges against their federations for the heavy losses they will suffer for the oncoming season due to decisions that were made without their input.

Meanwhile, in Greece, the situation seems to be a little more under control, yet things could fall off balance at any time.

There are heated discussions as to when the Super League will resume, with certain clubs stating outright that if they are not given complete reassurance that the coronavirus is no longer a threat, they are not willing to participate.

Of course it is no secret that these are the clubs that stand to lose the least from a potential league annulment, as they currently stand near the relegation zone and an early end to the season would give them a second chance at survival.

At the same time, players are refusing to accept pay cuts, leading to yet another dead end for the resumption of the season.

Yet with many nations appearing ready to lift restrictions, it’s worth asking what the next day holds for football and sport in general.

Better hygiene, for one. Players, athletes and clubs will now be forced to adhere to much stricter rules regarding their cleanliness and how they behave on the pitch.

(And let’s hope that horrible spitting habit they have can become a thing of the past too!)

Secondly, things in the stands will most certainly be a lot different and potentially a lot quieter. At least for the opening period in the club’s return to action, crowds are not expected to be anywhere near the sporting grounds.

And even when they eventually do, it will be in a very limited capacity. Of course, considering the small number of people allowed in the stands, it makes sense that some clubs of a certain stature will attempt to take advantage of this and oversell tickets in order to make up for their losses.

It remains to be seen what the fans’ reaction towards this move will be; will they appear that hungry for action that they are willing to pay any price or will they punish their clubs for trying to take advantage of them during trying times?

Another factor to take into consideration will be the number of games played within a certain amount of time.

With federations and confederations in a rush to complete the season in order to stay in line with their obligations towards their sponsors, it should be expected that as soon as local governments give the “green light” for sports to resume, players will be taking to the field at least three times per week to make up for lost time.

However, with the lack of right preparation and training times, not to mention the sudden strain put on the body, that could lead to a series of injuries and a serious drop in quality for the sport in question.

Definitely not something fans would enjoy watching. But right now, the sports industry now seems completely uninterested in the athletic side of things and is all about the business, as it struggles to find a way, any way, to throw its “products” back in front of the cameras simply so it doesn’t break any of its most lucrative agreements.

Which is why there’s not much promise for the quality of sport we’ll be receiving after the end of the coronavirus restrictions. Yet athletes are so much more than that.

They’re hard-working people that put their sweat into all their efforts and should be treated with respect. Not something to throw in front of a camera so it can bring in the advertisers.