Commemorating the Pontian Genocide on 19 May 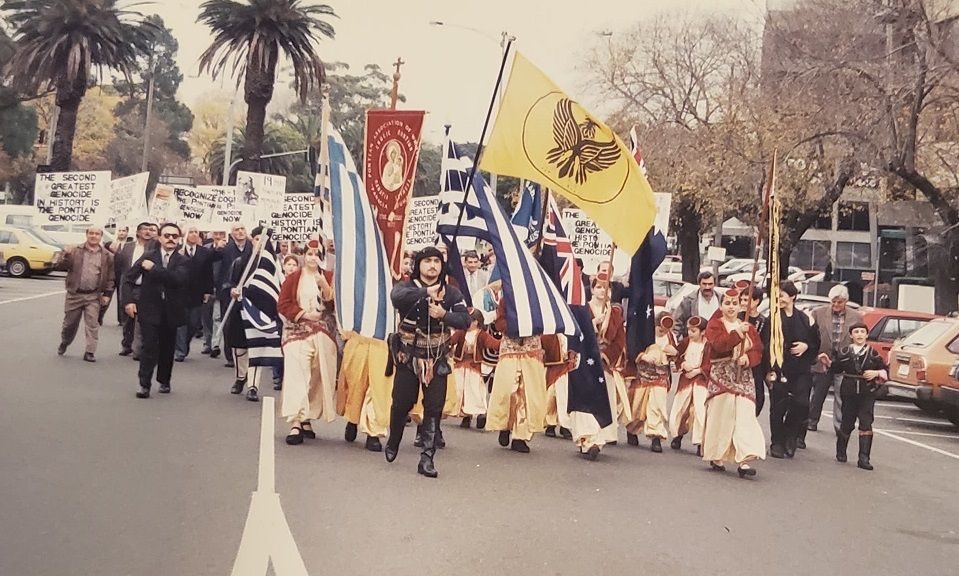 In 1994 the Hellenic Parliament declared 19 May, the day Mustafa Kemal landed in Samsun, as a “Day of Remembrance for the Greek Genocide in Asia Minor”.

The Coordinating Committee for the Commemoration of the Pontian Genocide are hosting a memorial service and a student competition to inform, honour and remember those who suffered at the hands of the Ottoman State between 1894-1924.

The Commemorative Prayer will take place at the monastery of Axion Esti on Sunday 17 May and the laying of wreaths at the monument.

Due to the prevailing coronavirus restrictions, this will be a closed event and only one representative will attend from each Pontian Association.

In its 22 years of existence, the committee has contributed greatly in bringing awareness of the Greek Genocide to Greeks and more broadly those a part of Australian Society.

The Greek Genocide has been recognised by the International Association of Genocide Scholars (IAGS), by the European Parliament and other international organisations and bodies, but still has much headway to go.

The countries and states that accept the specific events of the genocide are very few, including; Cyprus, Armenia, Sweden, Austria, the Netherlands, some Russian Federal Republics, nine American states, the cities of Ottawa and Toronto in Canada and in Australia the state Parliaments of South Australia and New South Wales.

Secretary of the committee Roma Siachos says, “It is very important that genocide is recognised for moral, historical and political reasons.”

“It is also important for the global community so that the crime of genocide is not be silenced and not repeated.”

READ MORE: Why is it so hard to properly acknowledge the Armenian, Assyrian and Greek Genocide?

Victoria’s Health Minister Jenny Mikakos was the first politician to speak in the House of Commons on the issue of genocide. MP’s Maria Vamvakinou and Lily D ‘Ambrosio have also been supportive of our committee.

The student competition which garners over 500 entries continues for its 22nd year and has been postponed to August 2020 as ongoing restrictions prevail.