Life is good for Fotios Tsiouklas, a young man with a knack for tech. Photo: Facebook

There was a time when young teenage boys would join boy bands, play video games with their mates or go to boy scouts. Fotios Tsiouklas, 19, preferred to build businesses.

A finalist in Victoria’s 2019 Young Achiever awards, he has already had nearly a decade of business experience under his belt though he is not yet 20.

From making his first $10,000 by creating gaming codes and selling them on Flippa.com when aged 13, going on to fixing mobile phones and reselling them on eBay at 15, he has gone on to create mobile apps, making $521,247 with his school nemesis-cum-business partner Alan Gokoglu, and now both have assets worth $2.8 million as sharing a $5 million portfolio.

He met his business partner at Balwyn High, and didn’t think too much of him until he saw his work. “He had a good product and bad marketing so I offered to buy into his business, but he didn’t want my help at all,” Tsiouklas said. So he helped out anyway, because he couldn’t resist and because it’s not about the money and it never has been.

“I just like building things, the creative process, pitching products, coming up with ideas, and seeing people enjoy what I offer,” he told Neos Kosmos.

READ MORE: Young Greek Australians tell us what we can do to help them retain their Greek heritage 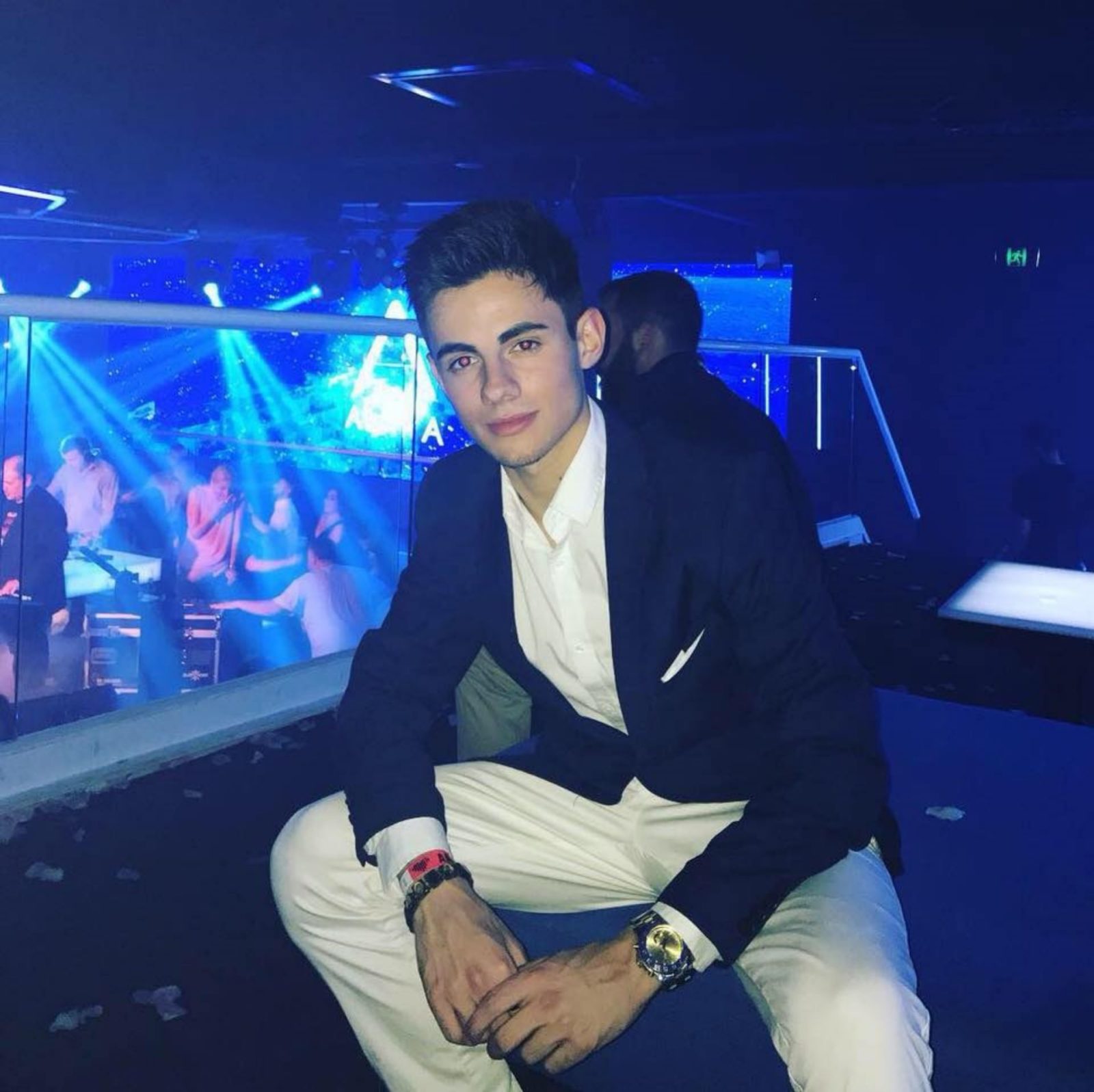 It’s this drive that saw him heading out to high-end nightclubs to pitch his products twice a week when he was in Year 12, and most other 18-year-olds were living it up, drinking and partying. Back then, he’d manage to garner 10 sales a day.

These days, Mr Tsiouklas and Mr Gokoglu – who teamed up to create Kickspan, a marketing agency – have their fingers in many pies. Young people know them from their pulsating Mango Club events, a nirvana for clubbers prior to COVID-19, whereas tech nerds enjoy the apps they provide. Murdered musician XXXTentacion helped to launch Clout the Game in 2018 which reached top 10 on the Apple store in the US, reaching 250,000 users in two days, while at 17 years, Mr Tsiouklas created Blac Chyna and the Metropolis App to help people learn Greek. Another product, Apps4Brands, a new app builder lets people without tech skills build their own apps using a drag-and-drop interface,
Thanks to their widespread activities, they managed to survive the worst of COVID-19.

“Business actually went up,” Mr Tsiouklas said, adding that the success has had to do with addressing market needs and offering “cheaper marketing solutions”.

The same cannot be said for everyone, including his father an accomplished IT manager who was stood down because of the global pandemic.

“I respect his knowledge and what he offers and he brings value to the team.”

The “team” consists of 13 people in Australia, including university graduates and a few ‘older people’ which in the eyes of Fotios means “in their 30s”.

He also has 10 people working in operations abroad.

His success story has drawn the attention of the mainstream press, even Forbes, but some of the comments aren’t nice.

“That’s okay, there may be some negative, but there are also the positive and encouraging comments,” Mr Tsiouklas said.

As long as there are comments, he’s satisfied.

“Attention is good,” he said. “It creates a buzz. People notice.”

He lets the bad slide. Daily Mail’s title “‘Don’t Go To Uni'” to tell his story was somewhat skewed.

“The truth is, I didn’t want to go to uni, but that doesn’t mean that others shouldn’t,” Mr Tsiouklas said.

“My mum is making me study Business at the University of Melbourne, to have a degree, and I think uni is necessary if you want to be a doctor and lawyer, but most of the things they are teaching me, personally, are irrelevant as far as I’m concerned.

“I guess it’s good if you want to be a ‘worker’ and just have a job, but not for me. For instance, I’ve never had a business plan. When I have an idea I just go out there and do, because I’m a ‘doer’. By the time you create a business plan, the market trends have changed.”

A ‘doer’, he hardly ever sleeps, but when he does, he dreams big.

“I just wake up the next day and start working on whatever idea I’ve dreamt up,” he said.

“If I decide I’d like to write a book, for instance. Which is something I may want to do in the future, I’ll just focus and start writing.”

A firm believer in the Law of Attraction, young Tsiouklas encourages people to set their minds on their goals, believe in themselves and visualise. “Sooner or later, these goals come true.”

He admits, however, that while most of the press focuses on his achievements there have also been some terrible mistakes.

“I have failed a lot of times. The nightclub I had before the Mango failed after just four events. It was empty. And then there was that skincare company where my products were destroyed after sitting in a warehouse where the locks had changed,” he said. “$15,000 gone in one night. But I learnt from that.”

People also have misconceptions about his family life. He says he came from an ordinary Greek Australian family, went to Balwyn High, with a dad in IT management and mum who is a teacher.

“I didn’t grow up filthy rich, just middle class. And my parents were typical parents who only allowed me to use the internet for half an hour a day and valued my education,” he said.

It was only later, when they began to see how serious he was about his ventures, and the success he garnered that they gave him more freedom.

He says that it’s his family that keep him humble and level-headed.

As for the money, there’s lots of it, but it all goes back to the business.

And that’s what life is like for Fotios Tsiouklas who isn’t even 21.

Fotios Tsiouklas and Alan Gokoglu have enjoyed success in a number of ventures. A list of business activities at the moment include:

It’s basically a game for young kids, which allows them to learn Greek through something that they are familiar with.

Kids can learn about things, nouns, verbs, past and present tense, they read stories, they find out the history of each city and they learn how to make sentences. In addition to that they learn ancient Greek and philosophy, through quotes by Plato, Socrates and Aristotle. The app isn’t designed to teach kids to speak Greek. It is designed to allow them to practice speaking Greek. While they are using it they need to have someone explain to them, like a teacher or someone experienced in language – or they can learn through trial and error.