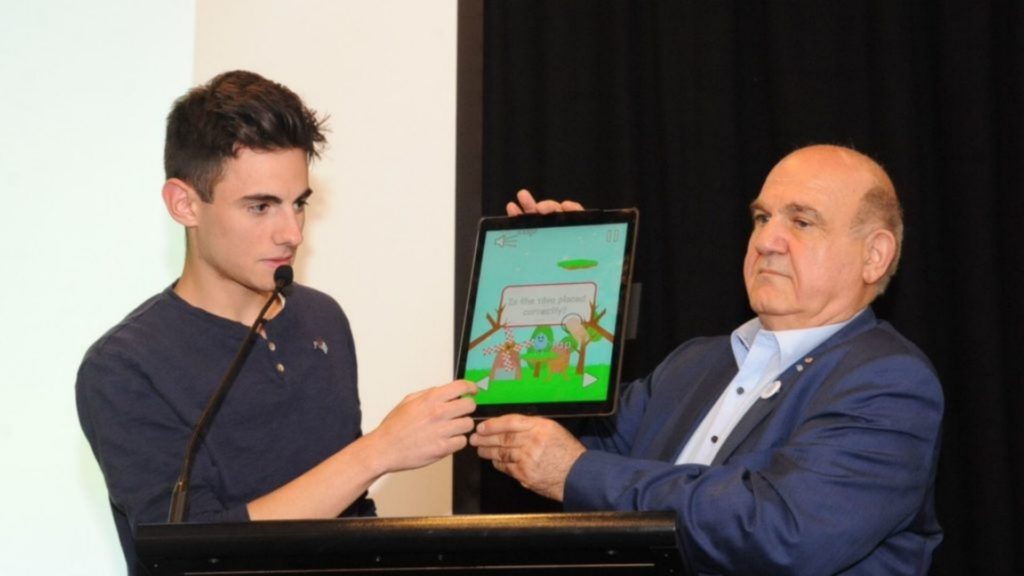 As part of the ‘Speak Greek in March … and not only’ campaign, organisers have announced a new initiative – an app that helps children learn Greek in a fun and interactive way.

Metropolis, developed by 18-year-old entrepreneur Fotios Tsiouklas, is a game aimed at a diverse age group, with the purpose of entertaining and at the same time contributing to the learning of the Greek language.

“We recognise that the traditional methods of teaching our mother tongue to future generations, need to be supplemented by other strategies, more friendly and more accessible to today’s children, who with the recent technological advances have become inseparable from their smart telephones and other such devices,” said organisers of the campaign.

Tsiouklas together with a number of volunteers, including Cr Mike Zafiropoulos AM and Hary Kouthouridis, undertook research for the game, prepared the content, produced the studio recordings and tested the application for errors. Advice and support were also sought and enthusiastically extended pro bono by several experts.

“The ‘Speak Greek in March … and not only’ campaign is grateful for the generous offer by Fotios Tsiouklas and the other contributors to make the full version of the game freely available as a gift to the children of Greek background in the Hellenic diaspora, but also to other people who are interested to learn the Greek language,” said organisers.

READ MORE: Children will now learn Greek, while playing with their mobile devices

Free to access, they are urging teachers, parents, grandparents, students and community organisations who care about retaining Greek in Australia to play their part in encouraging the downloading and frequent use of the app.

“We would welcome feedback from any users, as only through review and evaluation we will be able to make improvements and correct any errors, but also produce new improved apps.”

Metropolis is available for download for Android, Apple and Microsoft systems, and is free of charge.