Remembering Kassiani Raftopoulos, a life lived to the fullest Kassiani was born on the island of Ithaca, in the northern village of Platrithia, on 15 May 1930.

She was the youngest of five children of the Stamelatou family, including Nitsa, Marigo, Stathi and Erasmia. During the hard times, the family survived well, mainly due to their olive oil business. Sadly, Kassiani never met her father, Spiro, who travelled to America, then Johannesburg, South Africa where he worked diligently and passed away. At the age of 23, she met and married Stathi Raftopoulos from Kollieri, who had immigrated to Australia two decades before. They married during the Ionian earthquakes in October 1953 and their honeymoon took them to romantic Venice, Athens and then finally to Melbourne.

Transitioning from a tiny island village to a major city like Melbourne was challenging as it involved learning a new culture and living as a migrant with scarcely any English. She soon had a family of four children and a busy husband who spent much time away building his cinema business. In 1954, Hariklia was born, followed by Rena in 1957, Angela in 1959 and lastly, Spiro in 1963. After a short stay in Abbotsford, they moved with her parents-in-law to Madden Grove, Kew. Kassiani Raftopoulos in her youth Stathis Raftopoulos, known for his work in Greek culture Eventually, the time came to build their own nest, by building a modern home in Sylvander Street, North Balwyn. The house was her home for over 55 years, where the family enjoyed happy times such as fun film nights in their distinctive downstairs home cinema. She entertained many guests from overseas and interstate with her exquisite hosting and known for her signature Ithacan sweet, halva. VIP functions included movie stars, artists, musicians and various Greek community events for noble causes, in particular for the Ithacan Philanthropic Society and for AHEPA. Due to lengthy absences by her husband, the need also arose for her to learn to drive, and she obtained her driver’s license at a time where few other ladies had one. She also was faithful in assisting in the family cinema business for many years.

One of her most memorable family times was her family trip to Ithaca, Greece via the ocean liner PATRIS in February 1966. Daily ship activities included social and memorial events, including magic shows and poetry recitals by her husband, Stathi. Arriving in Athens a month later, the family enjoyed sightseeing at famous sites, such as the Parthenon. Finally arriving in Ithaca, the family spent six magical months and it reached the point where her children were so attached to the rugged island of Ulysses that they did not wish to return to Melbourne. Later on, she was to enjoy several more overseas holidays to New Zealand, South Africa, the UK, France, Italy and her beloved Greece.
From the 70s onwards, Kassiani had the joy of watching all her children marry and she became a grandmother to nine grandchildren. She also brought her mother, Zacharenia, over to Melbourne to care for her until her mother’s passing. Her recognised hobby was oil painting, including displays at art shows and her favourites were graphic home village scenes of Platrithia, Frikes, Kalamo and Exoghi.

In the 80s, she was one of the founders of the Greek Orthodox Church in North Balwyn, an important milestone for the local Greek community. 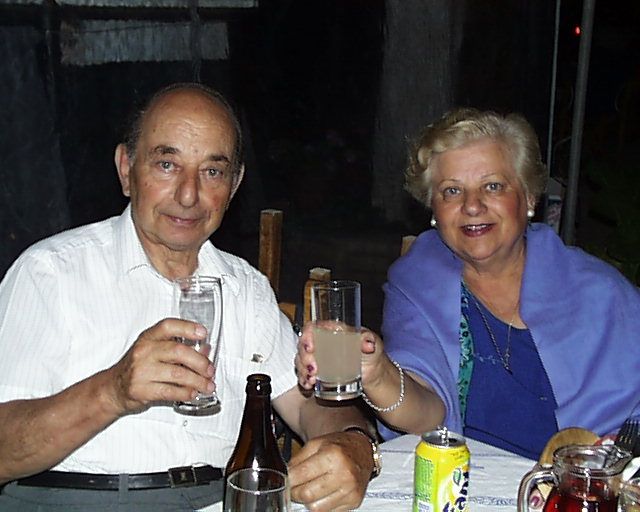 She was a dedicated wife and mother to her children, grandchildren and great-grandchildren. She will be missed for her calmness, patience, forgiveness and amazing strength and aptitude to get on with things no matter how hard it seemed. She was immaculately dressed at all times, a glamorous lady and seen by many as one-of-a-kind in a bygone era. In her final years, she was constantly surrounded by her family and friends and will be sorely missed. May God continue to care for her eternally.
May her life and legacy remain always in our hearts forever.