Neos Kosmos is a media sponsor of the Authentic Marathon Swim An aerial view Pefki, Evia where the Authentic Marathon Swim will be held between 4-6 September this year. Photos: Supplied

Over the centuries we have become accustomed to the marathon being a race for runners competing on firm earth. Now the Municipality of Istaia-Edipsos in Greece is hosting the aquatic version with Neos Kosmos as one of the media sponsors of the event.

The sports tourism event, the Authentic Marathon Swim, will be held at Pefki on the island of Evia on from 4-6 September. The event will feature some of the top swimmers around including Greek Silver Olympic medalist and world champion in open water swimming Spyros Gianniotis, and Hungary’s ultra-marathon swimmer and Oceans Seven holder, Attila Manyoki.

And there is a historical precedent for the race, where Pheidippides is the acknowledged precursor of the world famous long run, Kyllias and his daughter Hydna, are acknowledged as the first “marathon swimmers” in history.

The Father of History Herodotus recounts their story. In 480BC the invading Persians arrested the pair who were noted divers. They were ordered to explore the waters for treasure from sunken Greek ships.

Kyllias and Hydna made their escape when they realised that the Persians also intended to use them against their Greek compatriots in the forthcoming naval battle at Atermision. They escaped by swmming from the Persian camp and in the process, they cut the anchor ropes of the Persian vessels.

The Authentic Marathon Swim will take place at the Straits of Artemision the location of the ancient sea battle between Greek and Persian fleets.

The modern swim includes 10km, 3km and 1.5 km events as well as an 800m event for children and has been organised with the approval of the Hellenic Swimming Federation following FINA’s regulations, at Pefki, Evia in the Municipality of Istiaia-Edipsos.

♦ For more information on how to register for the race https://www.myrace.gr/en/event/2407/registrations.html and for special accomodation offers. https://www.authenticmarathonswim.com/accommodation/ 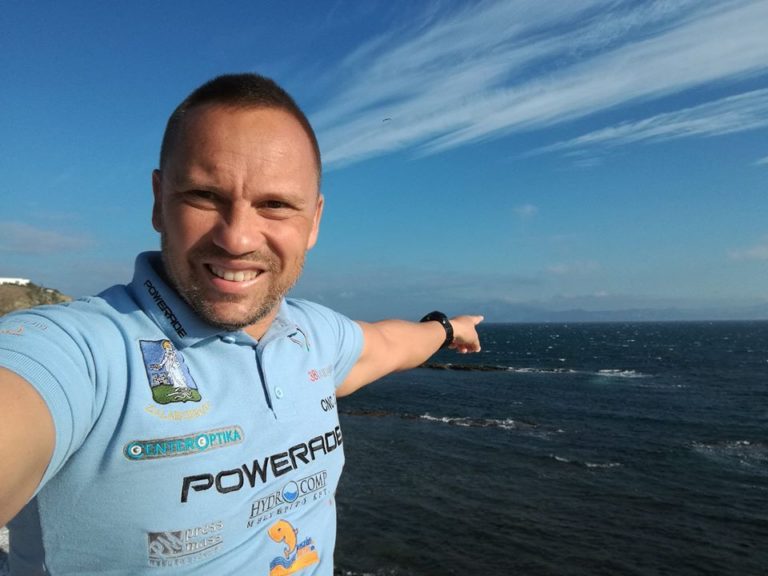