Is PAO pining for Kone? 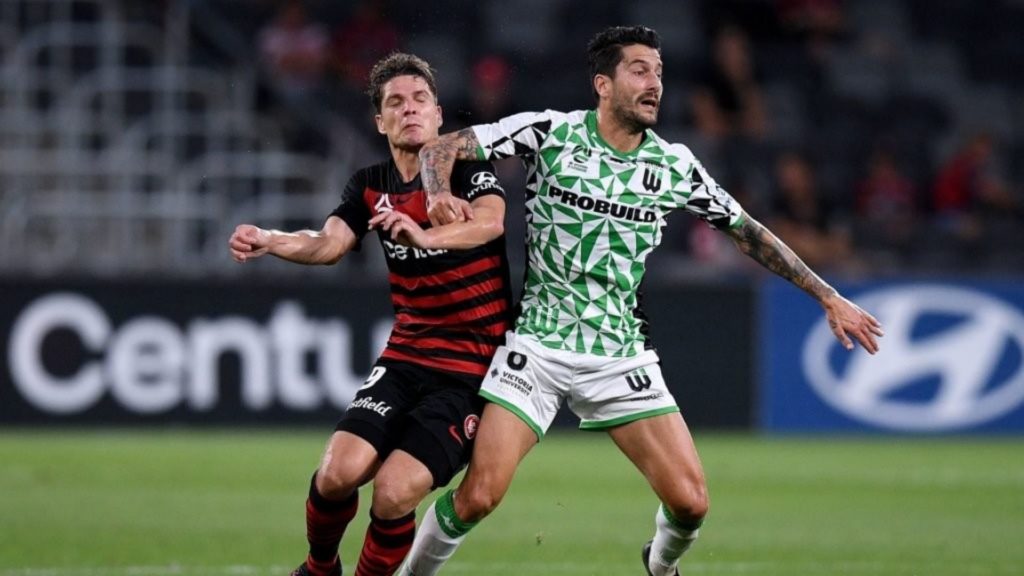 Kone in the colours of Western United Photo: AAP

Athenian football club Panathinaikos have had their eye on midfielder Panagiotis Kone since his release from Western United FC earlier this month.

The 33-year-old Greek national has previously played in the Superleague on behalf of AEK and Iraklis.

Kone joined Western United in January 2019 as one of the club’s marquees and donned the green and black jersey for 15 appearances in the 2019/20 A-League season, scoring two goals including the club’s first-ever home goal against Perth Glory.

It has been a great journey, always to be remembered. I wish the best of luck to all @westernutdfc staff, players and members! Stay safe and sane🖤💚

“I want to thank Western United for giving me the opportunity to be part of this club. I wish the best of luck to all the players, staff and members. Stay safe,” said Mr Kone.

Western United CEO Chris Pehlivanis thanked Mr Kone for his contributions to the team on and off the pitch in a statement.

“He will forever be part of the club’s history as the first-ever signing,” he said.