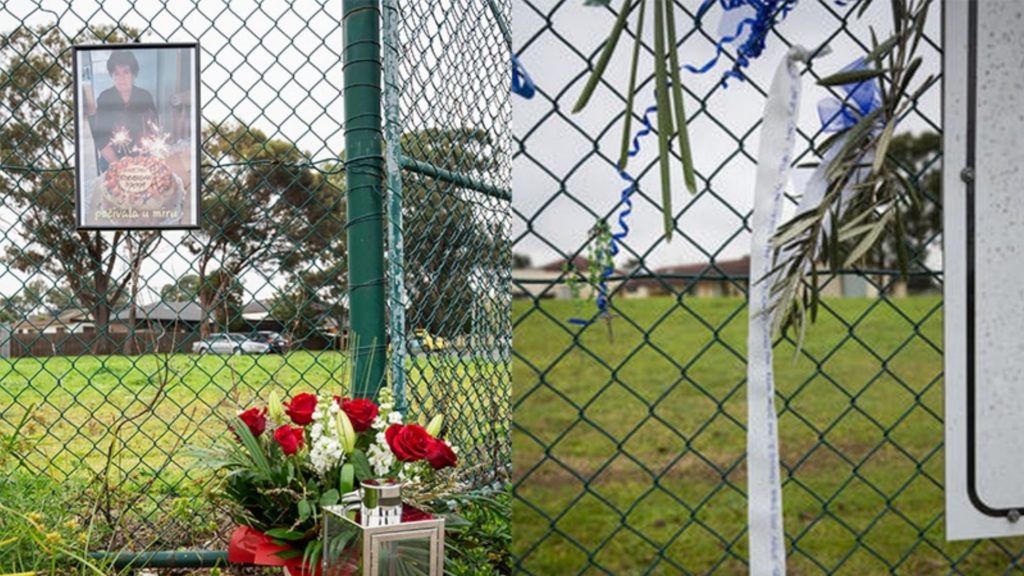 A tribute. Flowers at the gates of St Basil’s. Photo: AAP

There is sadness and rage – especially within the Greek community – for the growing number of COVID-19 cases and deaths in Melbourne.

The numbers are especially high for Greek Australians with at least 18 deaths within Melbourne according to sources of Neos Kosmos. Bearing in mind that Victoria has had 92 deaths, it is worth noting that 20 per cent of these are of Greek descent.

More than 800 active cases have been linked to aged care facilities with more than 200 transferred to hospitals.

St Basil’s Homes for Aged Care have been particularly hard-hit with 12 deaths. The most recent death was a woman, aged 80.

The aged care centre has been lambasted by relatives of residents who say that safety protocols were not followed by staff of the facility but also that things worsened following the replacement of regular personnel with the federal government’s nurses. Relatives say that things went from bad to worse with residents neglected, including not being helped with food, water and medicine while being left soiled in their beds.

Relatives told Neos Kosmos that they were told that their parents were at the facility while they were fighting for their lives in hospitals. Peter Valkinidis told Sky News that when St Basil’s finally contacted the family regarding his mother, they also sent him an invoice.