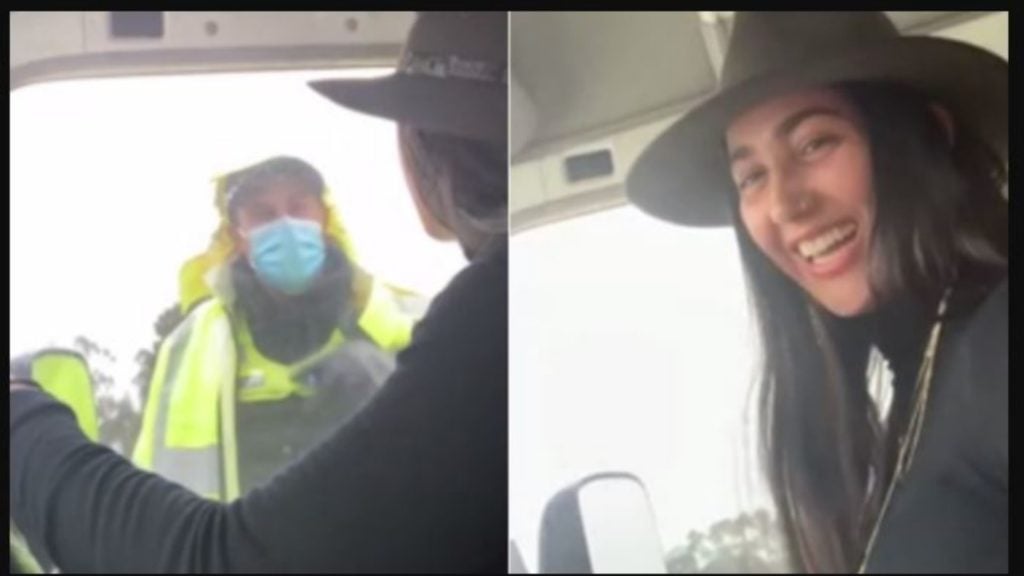 Eve Black, the 28-year-old Greek Australian woman who had her car window smashed by Victoria Police during a dramatic arrest, will now face a huge penalty.

Arrested in Carlton on Wednesday for allegedly refusing to give her name, address and license, Ms Black was also sought for a video that went viral on social media the week before where she went through a police checkpoint.

Victoria’s Premier Daniel Andrews said on Thursday that those in breach of health directions, such as Ms Black, could face a $10,000 fine.

“There’s a well-publicised case of a person who thought they’d put themselves on social media and brag about having gone through a police checkpoint,” he said.

“They have now been found. I don’t believe they received an on-the-spot fine. I think they will be charged on summons.

“That will be a matter for others. I do not determine those matters but there is the on-the-spot $1,652 fine and, if you go through a court process, it is much closer to $10,000 so it is a pretty significant penalty.”