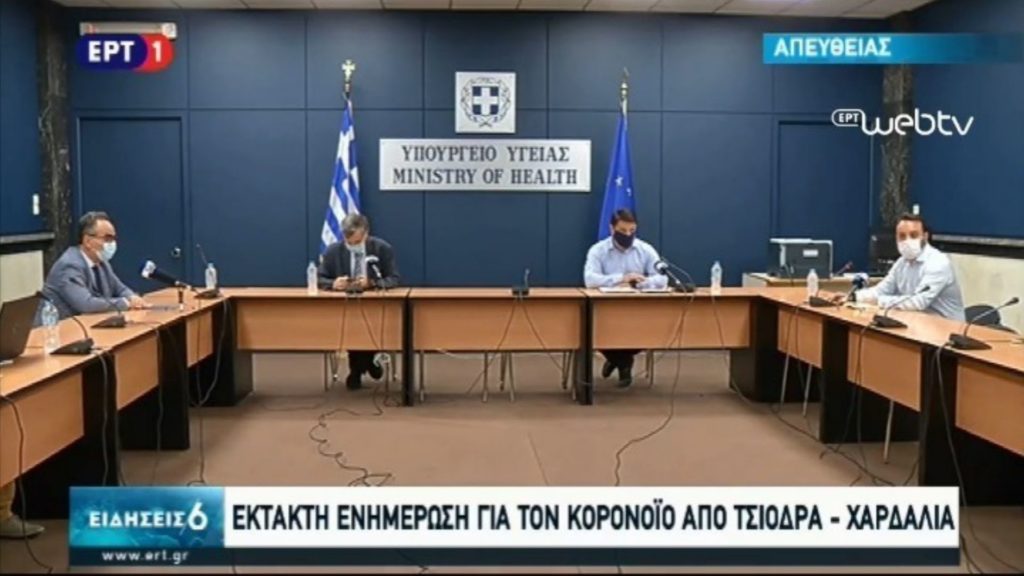 A recent spike in COVID-19 cases in Greece has bought Sydney-born Greek immunologist Sotiris Tsiodras back to the fore. The representative of the Greek Health Ministry addressed the Greek nation again on Tuesday night along with Deputy Civil Protection Minister Nikos Hardalias.

Dr Tsiodras announced 121 new COVID-19 cases in Greece over night with five of the new cases detected during checks at the country’s entry points, however there were no new deaths. There were 47 cases detected in Thessaloniki, 26 in Attica where Athens is located, and cases in another 14 regions around the country.

He said Greece’s health authorities would continue to implement a strategy of increased checks and inspections to ensure that Greek citizens continue to observe measures diligently.

He said that younger people have been affected by COVID-19 over the last two months, however the majority had been asymptomatic. He warned that “young people need to understand that although they are rarely severely affected, we only partially understand the full range of long-term manifestations of the virus.”

He added also that imported cases had also increased as the country reopened its borders to tourism on 15 June.

Dr Tsiodras said that findings so far showed that the virus spreads just as easily over the summer period as it does in colder months.

He warned that there are currently 13 individuals intubated in hospitals, however the situation could cause a strain to the health system if it were to rapidly grow without being adequately monitored.

There are currently 650 active cases from a total of 4,855 which have been recorded in Greece.

There have been 599,709 diagnostic tests carried out in Greece for COVID-19 since 1 January of which 6,796 were positive.

Mr Hardalias said that the briefings would not be as frequent as the daily presentations that had ended on 26 May, however he said that the television address with him and Dr Tsiodras had been held because there were “signs of concern”.

“We want to ask everyone to pay attention, and to clearly describe the situation and facts,” he said.

New COVID-19 measures were introduced. These include restrictions on entry to Greece through the Kakavia border post with Albania from 11pm to 7am to improve daily traffic control, as well as continued restrictions on large gatherings.

“We do not have to be here every afternoon, as we are not in lockdown,” Hardalias said, referring to the frequent briefings that ended on May 26. “If you see us go live every day with Mr. Tsiodras, that means things have become difficult again.”

READ MORE: “I was always telling the truth,” says Sotiris Tsiodras as he bows out from the spotlight

Hardalias reiterated that the televised session was held because of “signs of concern” and because “we want to ask everyone to pay attention, and to describe clearly the situation and facts.”

The new coronavirus-related measures that were announced include restrictions on entry to Greece through the Kakavia border post with Albania, and the extension of a ban on more than 100 guests at social events throughout the month of August.