Yianni Ioannides has a century of memories to recall

Yianni Ioannides turned 100 and his family celebrated with him, but not near him due to Lockdown. Photos: Supplied

John (Yianni) Ioannides was born in Kondia, Lemnos, on 29 August 1920 to a mother from the island and a father who had migrated to the island from Dikili in Asia Minor (now Turkey).

Mr Ioannides’ father helped obtain food for the Australian troops when Lemnos was used by the Anzacs as a base prior to Gallipoli, and later as a hospital for the injured troops.

Young Yianni finished primary school in Kondia and helped his father and uncle on their sheep and produce farm. The sudden death of his father in 1942 resulted in John taking over the care of his mother and three sisters as well as the management of the farm.

In 1953, John married Emilia, and they both became proud parents of their first daughter born two years later.

It was Emilia’s desire to leave the island in search of a better life that led John to consider leaving the island. In 1956, John boarded the ship bound for Australia with several other men from the village in a voyage that took more than three months. Once in the Antipodes, John set to work laying the foundations of a better life for his family. He used his Greek network to help him get started as he couldn’t speak English at the time. His first job was picking oranges in South Australia.

In 1957, he moved to Melbourne and began working for the railways laying tracks to Spotswood. He made good use of his finances and was able to save money so that in June 1957, his wife and daughter were able to fly to Melbourne.

Initially, John, Emilia and their daughter rented one bedroom in a shared house in Collingwood with other Greek friends.

As a result of his stint in Collingwood in those early days, Mr Ioannides became a loyal and lifelong supporter of the Collingwood Football Team. He was also a member of both the Kondia and Lemnian community of Melbourne.

It didn’t take long for the family to save money to buy their first home in South Yarra where their second daughter was born. John then begun working for the Dunlop Tyre Factory in Port Melbourne as a factory hand in the mixing mills. He worked shifts there before he became a laboratory assistant at the same plant.

In 1964, the Ioannides family bought their next home in Prahran, which remains the family home owned by the Ioannides clan to this day.

Despite his many achievements and working at a tyre factory, Mr Ioannides did not learn to drive until he turned 54. His first car was a white Ford Cortina. In 1982, Mr Ioannides retired and spent more time at home with his wife, working in the garden or helping to look after his two adored grandchildren. He especially looked forward to catching up with all his family and in particular his three grandchildren

Throughout his life he had worked hard, and as a self-funded retiree, was able to afford regular trips back to Greece to catch up with family and friends.

Unfortunately Mr Ioannides lost his beloved wife at Christmas 2015 but continued living independently in the family home until just after his 99th birthday. He has now settled in Bupa Clayton where he has several other Greek residents as companions. He remains fit and likes to engage in activities and conversation. 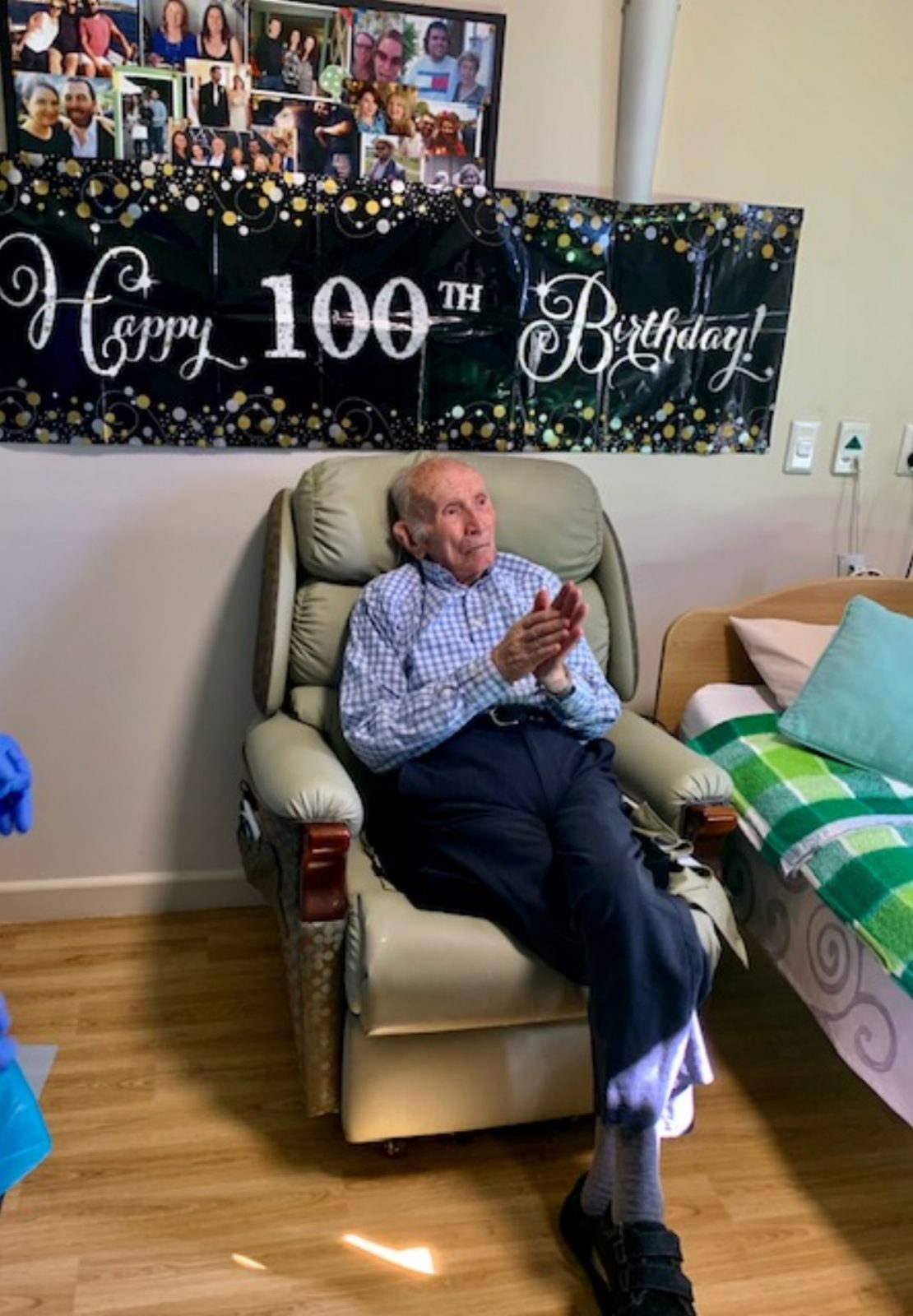 Due to the COVID-19 pandemic Bupa Clayton has been in lockdown restricting family access. Therefore John could not celebrate with his family though the Mayor of Monash organised a Zoom Birthday greeting where family members were able to join.

Throughout his life, Mr Ioannides has been an avid fan of Neos Kosmos and continues to subscribe. He looks forward to reading the paper for the Greek perspective on the news.