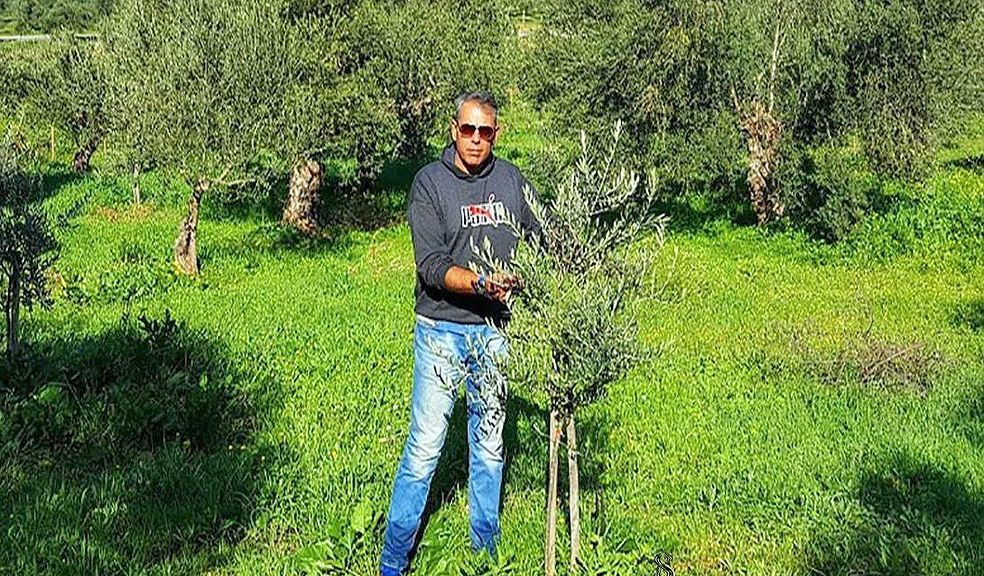 George Sakellaropoulos tending to an olive tree sapling on his estate near Sparta. Photo: Facebook

When it comes to quality, Sakellaropoulos Organic Farms is probably the best producer of olive products in the world. Over the last eight years the Sparta-based organic farm has garnered a world record 203 international awards for its olive oils and this includes awards from the most prestigious and authoritative competitions in the world.

Located on the slopes of the Taygetus Mountains near Sparta, George Sakellaropoulos set up his organic olive farm estate in 1992.

“We chose our place, Sparta in Laconia, where the conditions (climate, soil, zero environmental pollution) are ideal for the cultivation of olives. Our goal was never to produce large quantities of olive oil and olives,” Mr Sakellaropoulos told the Athens Macedonian News Agency (AMNA).

“At the beginning, we trained and, in the end, decided that for us our goal was the production of innovative, limited-edition olive products with identity and added value, that are classified as functional foods.”

This patient process of laying down the groundwork for developing and improving the farm’s produce began to yield results 20 years later, in 2012, when the Sakellaropoulos brand won its first international award and triumphing over the keen competition of more than 40 olive-producing nations worldwide.

“If I would single out one (award above all the others), it would be our first award for our “Telies” olives and the two gold stars at the 2012 London Great Taste Awards – the so-called Oscar of Tastes – among 10,000 quality foods from all over the world,” said Mr Sakellaropoulos.

“Our crowning moment for all of the international awards for taste and quality came in 2018 and 2019, when two multivariate extra virgin organic gourmet olive oils, the Majestic blend EVOO and the Gemstone blend EVOO, were awarded for two consecutive years first place in the world ranking of olive oils WREVVO for the corresponding years, with a new record for all in their category,” said Mr Sakellaropoulos.

As a Single Estate, the only source of olives for all the Sakellaropoulos products are from the estate alone. All the cultivation, production processes and packaging of the organic olive products are carried out within the estate to ensure absolute quality control.

“We have many olive products but if I had to single out a few, I would say the limited-edition organic Protelaio, the unheated Agourelaio, the extra virgin monovarietal olive oils, and the premium flavoured gourmet olive oils. In addition, our gourmet Kalamata olives and green olives, products of a natural fermentation process, with minimal salt and without artificial preservatives or pasteurization,” said Mr Sakellaropoulos.

Also falling under the Sakellaropoulos brand are the Esthique Natural Cosmetics – natural cosmetic products for face and body that have been dermatologically tested within approved European standards.