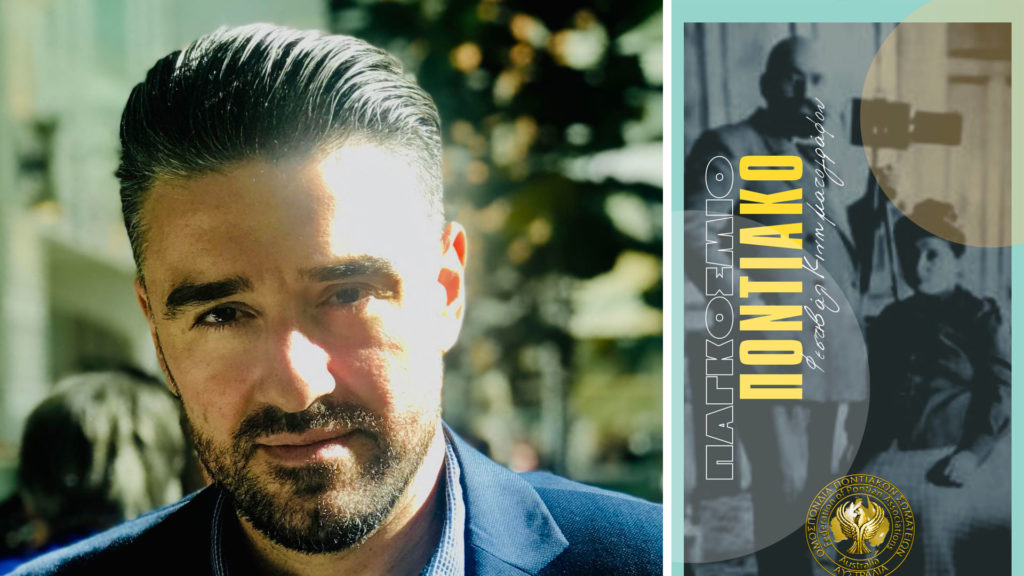 The President of the Federation of Pontian Associations of Australia, Peter Stefanidis, with a poster of the film festival. Photo: Supplied

The Federation of Pontian Associations of Australia announced last week (2 September) that it was now accepting entries for the International Pontian Film Festival (IPFF).

The federation president, Peter Stefanidis, said in a statement: “This great initiative of our youth, many of whom are third- and fourth-generation Greeks, is focussed on providing a platform for the next generation to explore their identity as a community provide a platform for acknowledgement as well as exposure. The Executive Committee of our Federation, together with our member associations congratulate this endeavour that we are sure will lead to the propagation of our culture in the diaspora.”

“We wish to highlight the importance of supporting such an initiative that is aimed at the next generation and empowers them to develop their art and explore their identity through their creativity. An International Pontian Film Festival will add to the mosaic of our ever-growing culture,” Mr Stefanidis said.

The federation’s youth committee is also inviting film makers of Pontian heritage around the world to submit their work to the festival. The festival has received support from Pontian associations in the US, Canada, Europe, Russia and the World Pontian Youth Coordinating Committee.

The aim of the festival is to showcase the rich cultural experiences of the Greeks of Pontos in films that are between 10 and 45 minutes long that reflect Pontian heritage and culture.

“Identity is at the heart of what we do in our respective countries. We sacrifice our time and resources so that subsequent generations can know the beauty of Pontian culture, but more so, identify that they are a crucial part of it. Our obligation is to create new opportunities to attract others that can add to its richness by creating content. Creating content is the hallmark of a living, not dying, culture,” Mr Stefanidis said.

The Federation of Pontian Associations of Australia includes associations from Melbourne, Sydney, Adelaide, Wollongong and Canberra. It is one of the largest Greek national bodies in Australia.