Precious memories of my friendship with the late writer, Ekaterini Mpaloukas I feel as though I had known Ekaterini Mpaloukas forever. I recall, as in a dream, this lovely lady’s poem forming the lyrics of one of the award-winning entries in the famous Greek song competition held in the Arts Centre during the heady, multiculturally-infused eighties. Our paths would cross briefly at literary afternoons and at the other well-attended community events of the time. I instantly liked her, albeit from afar: she was funny, self-deprecating and very talented, but in an unselfconscious way.

Fate finally brought us together at the conference that I convened in 1992 at RMIT University on Greek women writers. Ekaterini read a selection of her poems. I remember her coming up to me quietly beforehand and assuring me that if the program was too packed, she would be quite happy to give her reading time to someone else. And that was her – ever-thoughtful, ever-gracious, ever-humble. I don’t think she ever truly realised what a talented writer she was. Perhaps because, like so many first-generation Greek-immigrant women, she wrote between working in factories, serving in shops, sewing and altering clothes, and volunteering.

Our friendship was forever cemented after our happy and fruitful collaboration, from 2004 to 2006, on her children’s book, Zorro, the Adventures of an Australian Terrier. I translated it into English, while my husband worked copiously on 28 paintings that would adorn this bilingual text. It took him about two years to complete them and so Ekaterini became a constant visitor to his studio at the back of our garden. During this time, we also had the joy of getting to know her husband, Andoni (or Kyr Andoni as he is always referred to in our household). 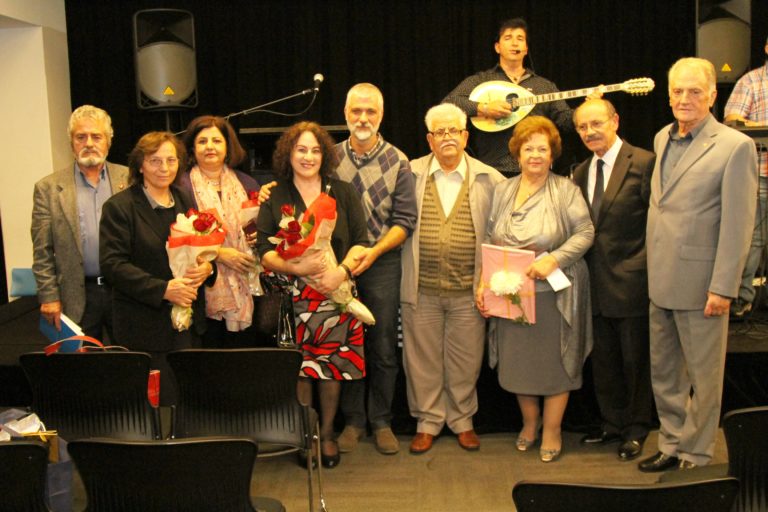 We, in turn, would visit them in their studio where their creativity found an outlet. Kyr Andoni, a master pastry cook, would make his delicious sweets; Ekaterini, a talented seamstress, would work on her sewing – while writing her literary gems whenever she had a spare moment.

READ MORE: The widows and the dear departed

We knew we would collaborate again, and sure enough that time came in 2016 with her jewel of a book, The Widows and the Dear Departed. Once again, my husband provided the images, while I translated the text into English from the Greek dialect spoken in the Pieria region of northern Greece. The book completely sold out in the Greek community, but where it really found the accolades it deserved was in the wider Australian community. Two English-language print runs of 400 copies each sold out in a matter of months. Acclaimed poet Π.Ο proclaimed it to be ‘a perfect literary creation’. Dean Kalimniou, in a beautifully written review of the book in Neos Kosmos that Ekaterini was deeply touched by, referred to it as ‘a truly remarkable achievement’.

Our next collaboration was going to take place this Christmas. I was going to translate Ekaterini’s collected short stories, a prospect she was very excited about. The only obstacle we could foresee when planning this just a few short weeks ago was the coronavirus epidemic, but we reasoned that the worst would hopefully be over by then and that I could visit her once again. I will keep my promise and honour her wishes, but the joy of the enterprise will be marred by a desolate absence.

Ekaterini volunteered her time so generously in so many areas, and for so many decades, that I couldn’t possibly cover everything here. I mention a few just to give an idea of their extraordinary scope: Meals on Wheels program for her local council; distributing foodstuffs to people in need in the Greek community every Easter and at Christmas; visiting aged care centres to read poetry, perform theatre sketches, to provide solace; visiting schools, both in the Greek community and the wider community; serving as treasurer for the Hellenic Writers Association of Australia; organising and officiating at community book launches.

And yet, when all is said and done, what she will ultimately be remembered for by all of us who had the privilege to know her, was her kindness. Her heart was so full of love. She was so funny and yet so wise in equal measure. The name day parties at their home were legendary, as were Christmas and Easter get-togethers. Countless people throughout Melbourne (and the world over, for that matter) will have their own memories, their own stories of gratitude for the support and love extended to them by Ekaterini. My story of gratitude is a deeply personal one in that she supported me through so much when my own mother passed away… May her memory live on eternally,

An ode to Ekaterini Baloukas

May you find eternal peace,
as you were ever peaceful

May the earth that covers you be gentle,
as you were ever gentle

May you bask in eternal light,
as you were ever shining

May we always remember you,
as you were ever mindful

May you rest in eternal love,
as you were ever loving.