The remoteness of being Greek Australian 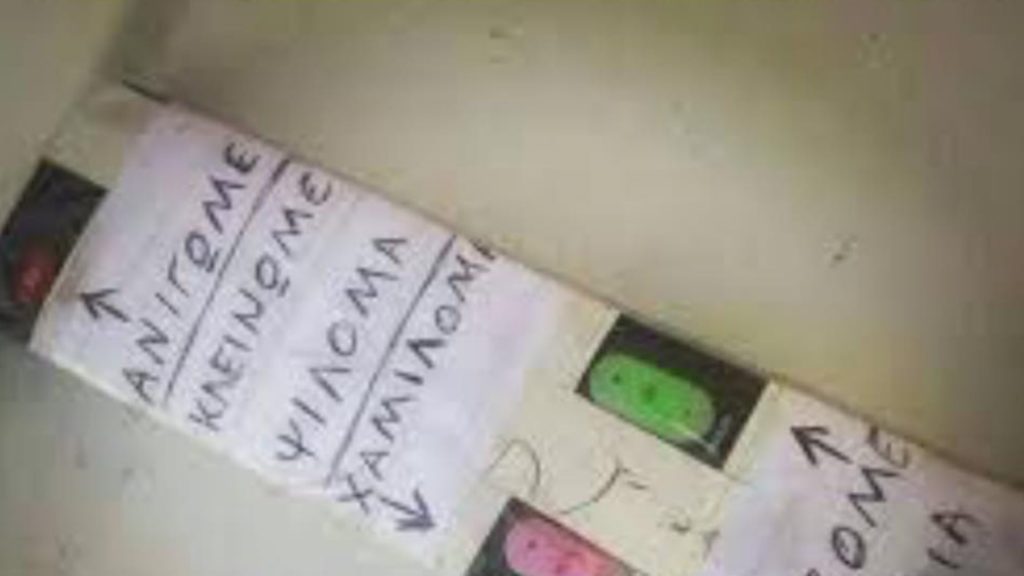 «Σήκου γιόκα μ’ κι βάλ’ του στου ιννιά. Aρχίζ’ου Ντέμπρας,» my grandfather would say, patting me on the head. You knew you were lowest in the family pecking order when you were called upon to change the channel on the television. As was the case for most Greek-Australian families before the invention of the remote control, for my grandparents, switching channels was a matter of great import. One did not do so whimsically or lightly, for in order to do so, one had to place one’s face in close proximity to the glass, the protracted recurrence of which would, as everybody knew, result in the acquisition of square eyes. Furthermore, arbitrary channel switching led to wear and tear on the apparatus, and the survival of so many forty and fifty year-old television sets in Greek-Australian homes and garages attests to the frugal prudence of that generation.

As such, my grandparents would only authorise a change of channel when “Sale of the Century” was on, «Ντέμπρας» being my grandfather’s ingenious conflation of the surnames of Tony Barber and Delvine Delaney, decades before Brangelina or Bennifer became a thing.

My first experience with a remote control was at an aged aunt’s house. She was in the process of introducing us to her brand-new Rank Arena television, covered with a doily upon which stood a bowl of fruit, when I noticed a perpendicular, button covered item connected to the television with a wire.

-Αυτό είναι το μαραφέτι, she answered, providing me with no further explanation and allowing me to bask in its mystery, for back in those days, for bashful boys of bourgeois upbringing, it was not permissible to touch another’s electronic equipment, even when bidden to do so, while on a βίζιτα.

Slowly but surely however, as our community came into its own, more and more homes acquired remote controls. Ours was one of the last to do so, because my father, whose first job was as a television repairer, and whose early claim to fame was that he repaired the great Philip Adam’s colour apparatus in the seventies, could not see the point of labour-saving devices that led to laxity.

My grandparents could however, and their remote control was lovingly swathed in clear plastic, held together with sticky tape, forming a barrier to corruption so impermeable that it rivalled the ancient Egyptian mummification process in its aspirations to immortality. My friend’s grandfather’s remote control actually resembled a mummy. Eschewing the clear plastic protective film, he had covered his in white paper, cutting holes only for those buttons deemed strictly necessary and inscribing instructive captions indicating their use. Sticky tape was then painstakingly wrapped and re-wrapped around the whole device. As the tape yellowed with age, it assumed a jaundiced, antiquated look which was aesthetically pleasing but inhibited legibility of the script embedded underneath. At the bottom end of the scale of course, those like my grandmother’s neighbour, would merely wrap “Gladstone Park” (for that is how she pronounced Glad Wrap) around their remote control, but one did not consort with such people for prolonged periods of time, as sloth was contagious.

Being a phallic object, the remote control soon became the repository of domestic power within the Greek-Australian home, with family patriarchs claiming dominion of it and wielding it as if a sceptre. Once video cassette recorders became widespread, those patriarchs possessed of imperial predilections would even go so far as to tape the two rods of fiefdom together with black gaffer tape, so concentrating all power in the same set of hands. Some of those mega-remotes still exist, even with the advent of cable television. In one visit to an aged Greek-Australian’s home, I found the Foxtel remote control taped over the defunct VCR remote control. Thus enveloped, yet shorn of its temporal power, it consolidates and commemorates a history of power past, just as the Spanish monarchs still style themselves Kings of Jerusalem.

In my family, my father wielded the remote control and his mastery of it was unquestioned. No matter what my sister and I would be watching, or how engrossed we would be in it, at his approach, the remote control would be silently relinquished, invariably, in the early years of this century, so that he could watch Greek reality television. Once, as an experiment in weaning him off poorly produced Greek programming, I hid the remote control and made him watch the Australian version of Big Brother.

“How can you watch this? It is excremental,” my father protested.

“Why is it any worse than the Greek Big Brother?” I asked.

“That’s different,” he remarked. “I want to see how Greeks behave.”

Having arrived in Australia at an early age and growing up away from his homeland, for my father, the remote control was an anthropological tool, the equivalent of an archaeologist’s trowel, enabling him to sweep away the detritus of distance and time, allowing him to understand and evaluate, the social and psychological evolution those who he left behind. Accordingly, the remote control was duly produced from under the couch and delivered to its rightful owner. My father has since had his interest in Greek television satiated, yet he still claims absolute sovereignty over his various remotes, ceding them to no one, except that is, for his grandchildren.

This Promethean battle for emancipation had unforeseen side effects upon my development. Upon marrying and moving into my own home, I delighted so much in my new found uncontested mastery of the remote control that I failed to appreciate just how terrible television actually is, and how paranoid it had caused me to become. At even the slightest sound of my wife approaching, I would instinctively clutch at the remote control and clasp it to me tightly as she would exclaim in astonishment, before continuing her way: “Relax. I’m not going to take it away from you. I have absolutely no interest in Doctor Who.”

So she said, but how could one ever really know when one is about to be dethroned? I learned this the hard way one year, when my wife surprised me for my name day by having a satellite dish installed so I could watch ERT TV directly from the source. I rejoiced too hard and too soon at the expansion of my sceptered domain, for not long after, the Greek government discontinued the service and I was left clutching a long, smooth article of no potency whatsoever.

These days, when most people are deserting television for iphones and other devices that require not the use of a remote control, the numerous words Greek-Australians use to signify a remote control are under threat, endangered, yet still not perched upon the brink of extinction. In Greece «τηλεκοντρόλ» is the most common word used, which is also employed by new arrivals here, in order to engage in «ζάπινγκ» which has nothing to do with electrocution but instead refers to channel surfing. Other “Greek” words used are «το κομπιουτεράκι», or if you happen to hail from Crete, «οκομπιουτεράκης», for as locals will strenuously maintain, the remote was invented by Σήφης Κομπιουτεράκης from Lasithi.

While the proper Modern Greek term «τηλεχειριστήριο» is never used and probably not known outside the arcane cabal of dictionary compilers, this is probably a good thing, as in Australia, its’ literal meaning “manipulator from afar,” is better suited to denote daily zoom meetings with one’s boss during lockdown, when, with a chorus of young children variously screaming or being home schools in the background, polite enquiries are made of one, as to why one has not achieved their KPI’s.

In contrast, most elderly Greek-Australians I know and their children, use the word «το ρημότι», which takes the neuter and conforms with Greek grammatical rules. Apart from «μαραφέτι», I have also encountered «μαντζαφλάρι», and in some households, who adhere to Saint Kosmas’ prophecy that one day we will all be controlled by the nefarious deaf and dumb «ταάλαλα και τα μπάλαλα», euphemistically as «το τέτοιο», for it does not do to identify the tools of He Who Must Not Be Named. For those concerned about their carbon footprint, there is even the vegan biodegradable option: «το κολοκύθι». In my home, we use the term «μπιχλιμπίδι» and when in polite company, refer to it in full, as «το μπιχλιμπίδι της τηλεοράσεως,» with conscious use of the archaic genitive. Accordingly, the Apple TV remote, much smaller in size, is referred to as «το ασημένιο μπιχλιμπίδιον», deploying the ancient diminutive.

And it is this diminutive remote control that has in the end ensured my downfall from the summit of power. For not one week ago, my equally diminutive two year-old son saw fit to usurp the instrument of my dominance and immerse it in a glass of water, rendering all of its properties void. As my illusions of omnipotence dripped from the glass onto the table, in the same way that the castrated Ouranos’ μπιχλιμπίδιαdripped blood into the sea, my son, the new Cronus, smiled sweetly and pointing to me, lisped: «Χάλασε μπιχλιμπίδι». I am bereft.