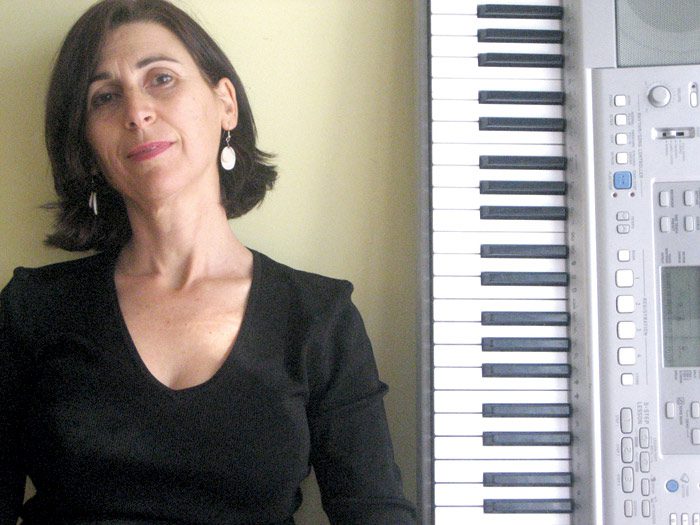 Demeter Tsounis has had life long love affair with the rembetika. Like many Greek Australian musicians who came of age in the 1980s and who were active in the political left, the rembetika became a passion, an obsession and a symbol of all that is glorious about Greek music.

Her passion for the rembetika has seen her travel to Greece to perform and learn first hand the music, instruments and culture of rembetika; complete her PhD at the University of Adelaide on ‘Rebetika music-making in Adelaide : diaspora musical style and identity’ and perform with various musical ensembles and in numerous concerts in Adelaide over the last 25 years, many of which have had the music and the culture of rembetika at their core.

Her vast knowledge and experience will be on offer to Melbournians next month when she runs Rebetika Revealed, a masterclass on rembetika as part of the Darebin Music Festival.

The masterclass will be an opportunity for those interested in learning more about the rembetika to enjoy a combination lecture and workshop and get a taste of the complex history and the range of styles of music that come under the broad church that is rembetika.

The masterclass will be hands-on according to Tsounis, emphasizing that “the best way to learn is through participation”.

True to her training as an ethnomusicologist, Demeter emphasises that “We will get them to do percussion, we will teach them a song. We will invite people to bring a musical instrument along and learn a melody.

Also have them learn a dance. I believe that participation will help people learn about rembetika.”

The masterclass will draw on the long and complex history of rembetika as a contemporary, urban musical tradition going back to the late 19th century, a tradition which is as varied and diverse as jazz and blues.

A section of the masterclass will be dedicated to a multimedia presentation by Demter Tsounis, featuring archival photographs and recordings, in which that tradition is explored.

“I will cover the whole history of rembetika, which is over 100 years old,’ Tsounis said.

To give a taste of the range of different musical styles in the rembetika, Tsounis will also be performing a selection of songs with local musicians Anthea Sidiropoulos and Takis Dimitriou.

Tsounis loves the complexity of rembetika and the different layers it offers that one can peel away at.
She loves that the songs are about everyday life.

As a politically conscious musician she is intrigued by the gender politics that saw women such as Roza Eskenazi and Rita Abartzi openly working as professional singers.

The polymorphous nature of rembetika and the way it is able to absorb and fuse disparate musical influences also captivates her, as does the fact that evidence of rembetika can be found in the DNA of a range of contemporary art and popular music in Greece today.

She is fascinated that rembetika from the 20th century still resonates with contemporary audiences in the 21st century.
Rembetika is a music that continues to stir and to sustain her.

However one should not imagine that Tsounis is a musical boffin with her head buried in the books.

In March of this year she was the musical director for the very successful concert ‘Aegean Whisper’ which presented traditional eastern Hellenic melodies from Cyprus, Crete, the Aegean Islands, Asia Minor, Thrace, Constantinople (Istanbul) and Pontos.

She also manages to perform on a semi-regular basis in Adelaide with her ensemble, the Meraki Big Band, a loose collection of some of Adelaide’s leading Greek musicians.

The Meraki Big Band, who perform at the Nexus Cabaret space in Adelaide this Friday night, play a mix of rembetika, laika and nisiotika.

“The concept with the Meraki Big Band is that all Greek music is fantastic and let’s have the opportunity to keep exploring and rediscovering it and performing it because it is such a treasure,” Tsounis said.

REBETIKA REVEALED – a masterclass on rebetika music, dance and song is taking place on Saturday September 19 between 3 -6pm at Northcote Town Hall. For further information see http://www.shivanamusic.org or call 9817 3882.