“The Premier wouldn’t even speak to his own people,” says Victoria’s Opposition Leader Michael O’Brien 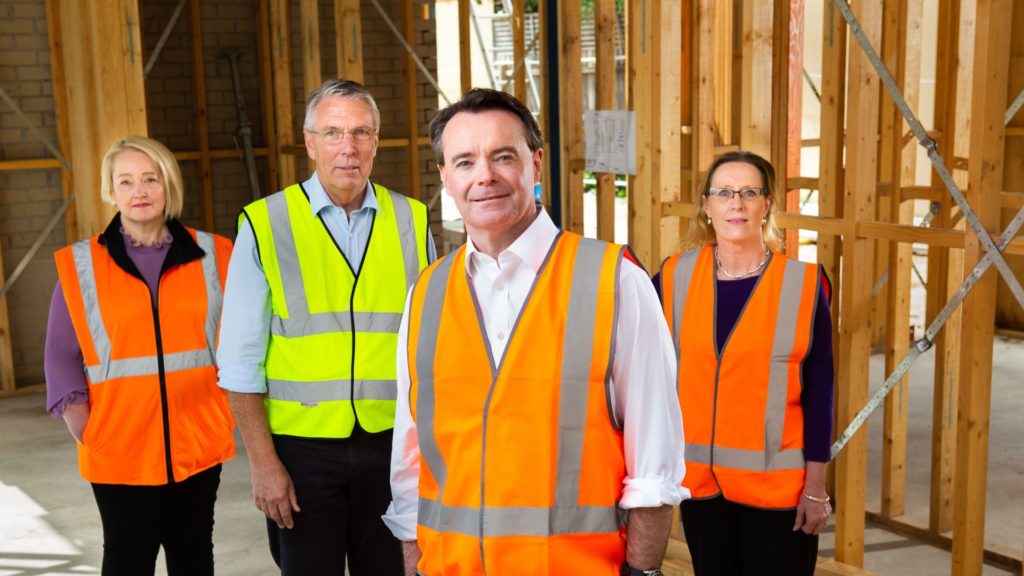 Former Minister and Treasurer in the Bailleu and Napthine governments, Liberal Opposition Leader Michael O’Brien says Our Plan to get Victoria back to work and back in business “is a plan for now.” And he wants the Andrews Government to consider it seriously.

Premier Daniel Andrews, in one of the 120 daily press conferences, plugged the state’s upcoming budget as “the biggest in Victoria’s history.”
In the competition over ideas O’Brien has fired the first shot.

“Victorians need confidence and optimism, they want their politicians coming up with ideas,” says O’Brien.

Governments now look to post-depression economist John Maynard Keynes and are spending big, regardless of their political colour.

Victoria’s economy, a quarter of Australia’s total, lies comatose – due to the extended lockdown – as other states ‘rebound’. Economist Carmen Reinhart, a Minos A. Zombanakis, Professor at the Harvard Kennedy School talks of a “pandemic depression” to rival the Great Depression. She writes that any “rebound should not be confused with recovery”.

The Opposition’s Plan lays out proposals aimed at creating ‘380,000 new jobs by July 2022’. Victoria’s second lockdown has seen unemployment shoot to an eye-watering 6.7 per cent. Around 350,000 jobs have evaporated. Many businesses are zombies fed by the Commonwealth’s JobKeeper payments.

“When Kim Wells and I were treasurers in the Bailleu and Napthine Governments, Victoria created more jobs than any government in Australia,” he said.

O’Brien wants the state government to “give the Victorian taxpayer a breather”.

“Every budget this government has brought down has increased taxes and increased charges,” he said.

O’Brien wants to see a raise in the payroll tax threshold, so businesses do not have to pay tax on the first $10 million of payroll to 30 June 2022. In the Plan, there’s call for a freeze on fees and charges for businesses to 30 June 2022, including licensing fees, and WorkCover premium relief.

The Plan calls for more investment in affordable housing and the extension of the HomeBuilder scheme to more Victorians, ‘allowing [them] to use it as a deposit on building a new home.’

And there is a call for a $300 million Victorian Tourism Fund; $400 million upgrade for tourist attractions as well as for a $100 million Creative Industries Restoration Fund.

Along with more regional hospitals the Coalition wants a ‘permanent state committee of health experts’ and significantly more funding in mental health. Education is also a target with a desire for ‘intensive catch-up classes and tutoring in literacy and numeracy’, more free places in TAFE, and ‘mental health practitioners’ in state primary schools as well as fifteen hours of funded kindergarten. On international trade O’Brien wants greater links with South East Asia and the growing economic power of India.

On childcare, O’Brien wants the Government to ask for Commonwealth subsidies.

“Over a third of those people of the 800 lives lost were in the Greek community, they shouldn’t have died and they died because we had a second wave…We can’t forget that”

The bonhomie of bipartisanship that we saw the beginning of the pandemic, especially with the Commonwealth’s National Cabinet, morphed into rancour in the second wave and extended lockdown in Victoria. O’Brien says he was “supportive of the way the government dealt with the first lockdown.”

Way back in April, O’Brien said to the Premier, “I will support you; you’ll have Liberal Party support to improve contact tracing.”

“Yet, even today we’re still questioning whether we’ve got contact tracing right,” he says, exasperated.

He lays the blame squarely on the Andrews government for Victoria’s second wave, “which cost the lives of over 800 Victorians and damaged the state’s economy.”

“I would have used the ADF and not untrained private security guards for hotel quarantine.

Can't help thinking where we'd be if the Liberals had their way and ADF was used in hotel quarantine instead of dodgy private security guards.

But the Dan cultists will never admit responsibility. https://t.co/8WWryTGcXm

Victorians move out of a four-month lockdown ‘dazed and confused’ to coin Led Zeppelin. The Premier is banking everyone forgets it all by the next election to be held in two years but it is doubtful that O’Brien will let that happen.

“Nobody should underestimate the pain Victorians have endured through the second lockdown,” the Opposition leader says.

“We cannot forget the sacrifices that Victorians have been required to make.

“Over a third of those people of the 800 lives lost were in the Greek community, they shouldn’t have died and they died because we had a second wave…We can’t forget that,” says the Irish-born leader.

READ MORE: Parliament an instrument that ensures the ultimate safety of citizens

He is especially critical of Andrews for exercising “extraordinary control over the lives of every Victorian.”

“We’ve never before had a government that has told people when they can leave their homes and who they can see.

“Whenever a government is exercising extreme power, it’s important that they be accountable for how they use their power, and that’s the job of parliament to make sure that ministers are accountable for the power they exercise over Victorians.

“The Premier kept saying ‘we are all in this together’ instead he did the opposite, he suspended the parliament sidelined his own cabinet; we had this gang of eight running the state.

“I’m not going to let him stop me from doing my job, that’s why I’m putting out this plan now, this is not for the next election; we cannot afford to wait two years to see Victoria get back to work.”

Asked about the juvenile attacks on Premier Andrews from his colleague Tim Smith MP on Twitter, O’Brien says, “people were stressed and their responses reflected that stress.”

When asked if he will be leading the Opposition into the next election O’Brien was resolute: “Yes, of course, I have no intention of letting Victorians down.”