Archbishop Makarios of the Greek Orthodox Archdiocese of Australia has joined the campaign to keep the Modern Greek language alive at La Trobe University, the only tertiary institution currently offering the language in Victoria.

“While I understand that budgetary concerns have motivated the cancellation, one can’t shy away from the fact that the Greek community in Melbourne and, more widely, in Victoria, is one of the largest Greek-speaking communities of the diaspora globally,” he wrote. “It is precisely this diaspora of Orthodox faith that the Greek Orthodox Archdiocese of Australia represents and has its duty the preservation and continuation of Greek language, faith and culture.”

He urged the university’s management to reconsider the decision to put an end to the language.

The Archbishop’s voice is one of many which have already objected to the termination of the Greek language, including a joint statement by Labor MPs.

La Trobe university students’ petition has gathered more than 3,000 signatures with the goal of reaching 5,000.

On Friday, a community group, including Greek Community of Melbourne President Bill Papastergiadis, will visit the management of La Trobe in the hope of swaying the university’s leadership to keep the Greek language program alive.

The Archbishop’s letter to the university is as follows: 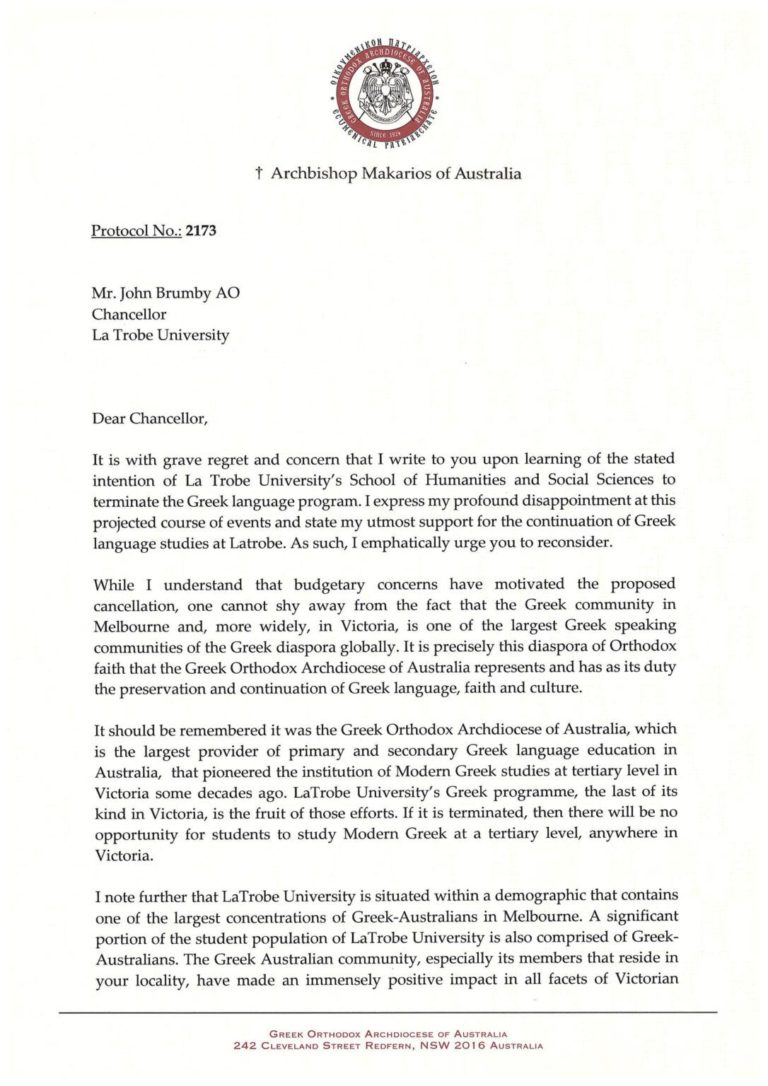 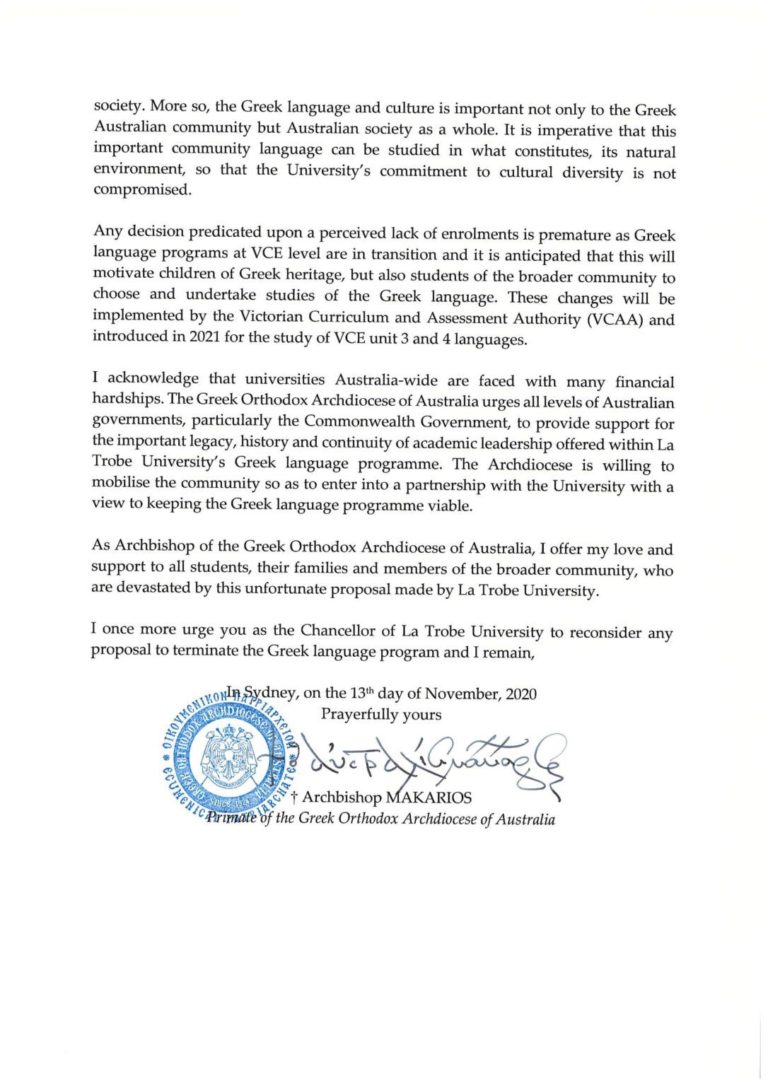