Did you know the City of Perth has two sister cities in Greece? 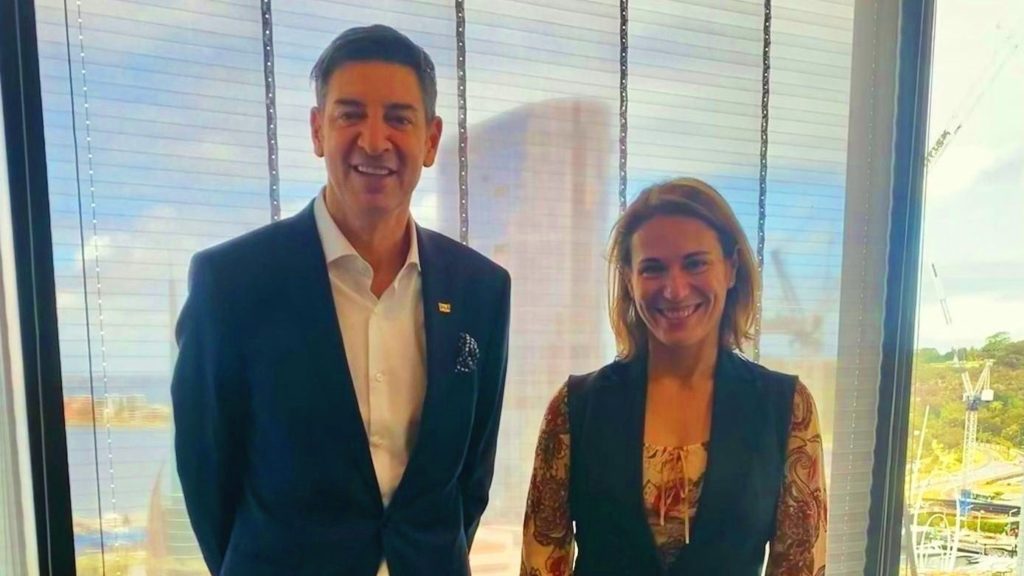 Basil Zempilas, Lord Mayor of Perth and Greek Consul for Perth Georgia Karasiotou, during their meeting this week. Photo: Facebook

Lord Mayor of Perth, Basil Zempilas recently spoke publicly on his feelings of pride for his Greek Australian heritage.

The occasion was a meeting with Greek Consul for Perth, Georgia Karasiotou last Wednesday

The newly elected Mayor stated “honoured to be able to represent two amazing cultures and countries” in a post on his Facebook page including the featured photo.

The two officials exchanged thoughts on plans regarding next year’s commemoration events for the 200th anniversary of Greek Independence.

But there was yet another – perhaps not so broadly known – point that offered common ground for discussion amongst them: the strong links between Perth and two Greek islands.

As Mr Zempilas wrote in his post, the City of Perth has not one but two sister city relationships with Greek islands, Kastellorizo and Rhodes.

Kastellorizo and Perth were proclaimed sister cities in 1984, reportedly partly owing to the large Greek population in the Western Australian capital.

It was that same year that the Sister City Agreement was signed with Rhodes too, committing to “people to-people links and engagement in cross-cultural activities” in order to foster an understanding “of each city’s community, people, customs and traditions. ”

READ MORE: Kastellorizians Down Under eager to have their island homes’ facades featuring Evzones

The Ambassador of Australia to Greece, Athanasios Spyrou, in Rhodes and Kastellorizo