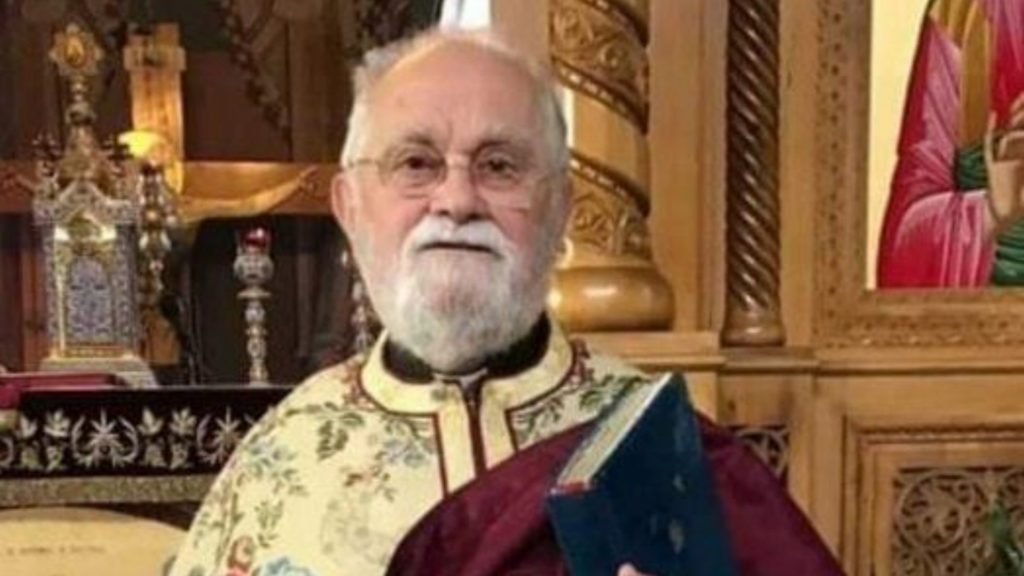 Father Minas Dimitropoulos passed aged 86, last Friday, leaving behind his family, clergy and community who remember him for his years-long service to the church.

Fr Minas had served most of his time, since 1979, at the Greek community church of The Annunciation of Our Lady in East Melbourne, the first Greek Orthodox Church that was established in Victoria, and the second in Australia.

“His death has brought us sadness[…] He was very active and beloved to all,” President of the GOCMV Bill Papastergiadis said in a statement.

Born in Havari, Amaliada of the Ilia Prefecture in Greece, Fr Minas was the fourth of the family’s six children.

Following the conclusion of his studies at The Patmian Ecclesiastic School in 1954, he returned to Havari for 10 years before migrating to Australia, where he married Eleni and had two children together named after his parents, George and Polyxeni.

Fr Minas was ordained a deacon in 1966, and served in the parishes of South Melbourne, Mildura, Prahran and East Brunswick, before being appointed to The Annunciation of our Lady where he remained until 2015.

His funeral will take place at the iconic East Melbourne Church on Saturday, 28 November, 11am.