Maria Sakkari one of 47 Australian Open players in hotel quarantine 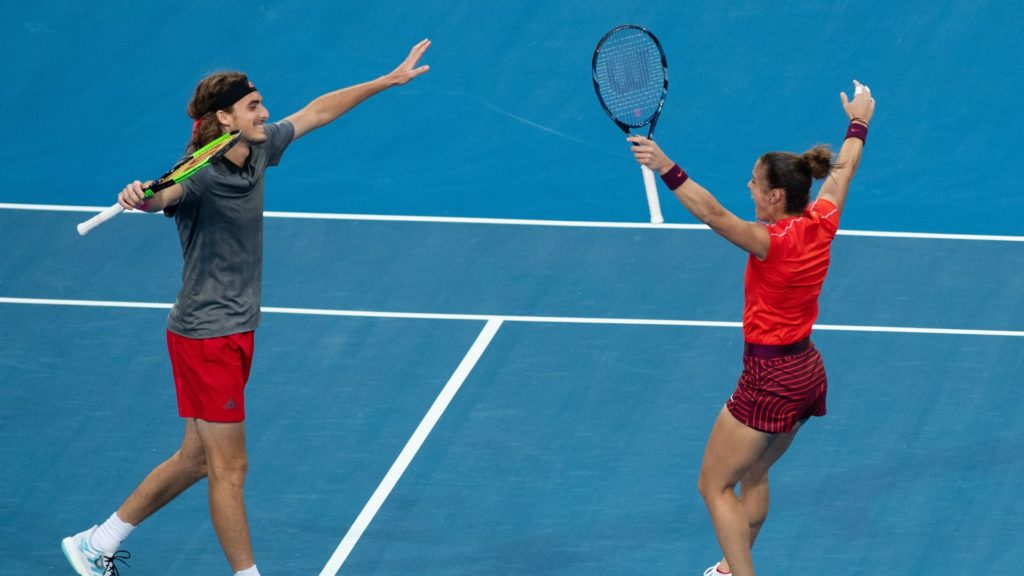 Maria Sakkari (right) will have to undergo two weeks of hotel quarantine after a passenger on her flight to Melbourne tested positive – Stefanos Tsitsipas stood luckier being in the ‘all-clear’ flight cohort allowed out of their rooms to train for five hours a day. Photo: AAP/Richard Wainwright.

As a result, more than 120 officials, coaches and tournament people, including 47 players, have been deemed close contacts and mandated to 14 days of hotel quarantine.

Greece’s Maria Sakkari is within the unlucky cohort, unable to leave their rooms to train.

Mr Bruneau said he was “deeply sorry” about his positive result and that he hoped “any further disruption is kept to a minimum.”

The apologetic statement posted on Twitter continues as follows:

“I also respected and followed all COVID protocols and guidelines while in the Middle East. I have no idea how I might have contracted this virus.

“I am extremely saddened and sorry for the consequences now on everyone’s shoulders sharing my flight.

“The rest of my team is negative, and I sincerely hope that any further disruption is kept to a minimum.”

The other two coronavirus infections on the flight from the US are also of non-players: a flight crew member and a tournament participant.

Same as their colleagues who arrived with the LA flight they will remain into strict isolation, unable to train during the two weeks ahead of the tournament, starting on 8 February.

Exercise equipment will be made available to players in their hotel rooms to substitute for outside training, while Tennis Australia CEO, Craig Tiley said that scheduling of the games will be reviewed.

“There is a difficulty because there are events leading in and those players to be ready to play those events it is going to be extremely difficult.

We need to what we can do as best as we can for those players by providing exercise equipment in their rooms.

“We will do that over the course of today and then keep monitoring the situation,” Mr Tiley said.

READ MORE: Tsitsipas and Sakkari to come to Australia with positive mindsets