Neos Kosmos talks to the Federal Minister for Health, Greg Hunt about the soon to roll out national vaccine program just as Victoria heads into a third lockdown – timely is an understatement. 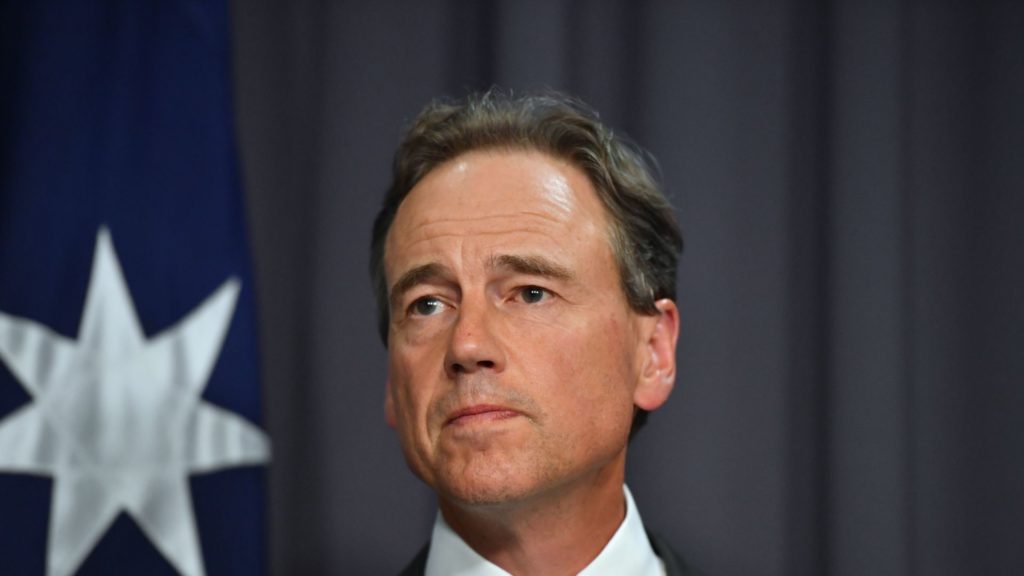 “Australians can be confident ,with the vaccine program to be rolled out nationally,” the Health Minister Greg Hunt’s spokesperson responded to Neos Kosmos.

The commonwealth has entered into four separate agreements and invested over $3.3 billion to ensure the supply of vaccines.

South Africa recently halted its roll out of the AstraZeneca vaccine because preliminary trials revealed it was less efficient on the new South African variant of COVID-19. However, the Minister is confident that the vaccines we will roll out will be effective.

“The World Health Organization’s Strategic Advisory Group of Experts on Immunization has recommended the AstraZeneca vaccine for worldwide use by all adults and the Pfizer vaccine for use in people over the age of 16.”
Minister Hunt has welcomed the “European Medicines Agency’s (EMA) decision to authorise AstraZeneca’s coronavirus vaccine for use in adults throughout the European Union.”

Twenty European nations are lining up for the Russian Sputnik V vaccine. German Federal Health Minister, Jens Spahn said on Euro News that vaccines from China and Russia could be used to overcome EU supply issues. Peer-reviewed published in The Lancet medical journal on February 2 show that the Russian vaccine is as ‘effective against the virus as the U.S. and European jabs’.

“Multiple successful vaccines is a great outcome for the world.

“Australia has advance purchase agreements for the supply of 124.8 million COVID-19 vaccine doses and is able to access a further 25.6 million through the COVAX facility,” the minister’s office responded.

A mix and max approach seems imminent as countries roll out vaccines in a global effort to beat the pandemic. Turkey recently purchased 50m Chinese vaccines as China goes on a vaccine charm offensive with “vaccine diplomacy” with their three vaccines. According to Science magazine China’s vaccine developers brokered deals with 15 other countries on five continents in 2020 and are now rolling vaccines out.

“Australia is in many ways an island sanctuary against what is truly a global and accelerating pandemic.”We’re doing incredibly well and now we turn towards the vaccine in the coming weeks.”

Travel, a distancing memory, may stagger back with “vaccine confirmation certificates.” The Australian government would consider “recognising an international immunisation certificate for COVID-19” for returning Australians who may have been vaccinated.

Again, as Minister Hunt relayed all decisions will be “based on the expert medical advice”.
The commonwealth has committed a $31million on a vaccination information with an additional $1.3 million allocated for “peak multicultural organisations.”

“The Department of Health is working with the government’s media buyer to develop a media strategy and plan” and “to deliver the maximum reach of information to multicultural communities to support uptake of COVID-19 vaccines in Australia.”

A Culturally and Linguistically Diverse (CALD) Communities COVID-19 Health Advisory Group (Advisory Group), has also been set up is to provide advice on the “the vaccine rollout strategy for CALD communities.”

In the face of this pandemic, which has killed 2.3m people since the start of 2020, Australia has been privileged by its distance and relative isolation.

“Australia is in many ways an island sanctuary against what is truly a global and accelerating pandemic.

“We’re doing incredibly well and now we turn towards the vaccine in the coming weeks.” Minister Hunt’s spokesperson responded.

Ignoring the bait Mr Hunt called for more “consistent border policies” by states to boost consumer confidence which in turn will “boosts the aviation, tourism and hospitality industries that have been hurt most by the pandemic.”

The minister underscored our federalism in which states have “jurisdictional authority” and emphasised that state governments’ responsibilities “for what would happen in their state if there were to be an outbreak in their state.”