A ‘Wog’s’ argument on why Eddie McGuire is no racist

“Like Eddie I grew up in Broadmeadows. Unlike Eddie I have an ethnic (Greek) background”: Former Victorian Minister says ‘Empathy was the Eddie way’ 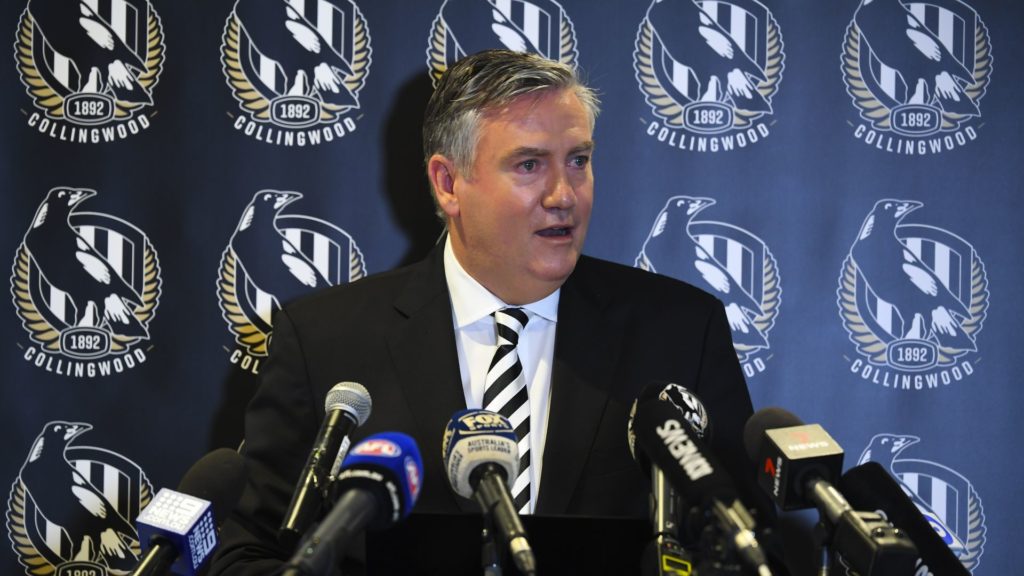 Eddie McGuire is a Broady boy. Broady boys are not racists. How do I know this?

But when I think back I can honestly say almost all my friends were Anglo and every one of them treated me as an equal. I still keep in touch with some and when we meet we still use our nicknames from days gone by. They reaffirm friendships borne of mutual respect and similar experience.

Eddie and I grew up in the same working-class environment. His mother, like mine, worked in factories. His father worked at the Board of Works, mine at Ford. Eddie and his brother Frank, now the state member of parliament for Broadmeadows, got scholarships to attend Christian Brothers College. I went to Glenroy High School which even in those days managed to get some of us educated well enough so that we could go on to university. I managed it a little later and only because Whitlam had made it free to the benefit of so many of us working class boys and girls.

Most working class boys from Broadmeadows were not racist and they were not sexist. They respected women in what would now be seen as a quaint traditional way, like opening car doors for them.

They had “wog” mates like me and even though this was a form of abuse back then, with my mates it could jokingly, but rarely, used in a retort to my calling them “skippies”. But I can remember us getting into a fight with a group of boys from the other side of the Yarra while holidaying in Torquay because one of them called me a wog and my friends took exception to this. The banter among mates is what we have lost with political correctness.

We now can’t joke about each others’ background. We don’t cut each other any slack. We don’t consider intent and character or even history when we judge comments.

And so it is with Eddie. I do not think for one minute that Eddie is racist. His record of support for Indigenous and ethnic players is testimony to that. But he might occasionally make stupid comments like the one he deeply regrets about Adam Goodes. If Adam can forgive, surely we can too.

His comment about the racism report being a proud day for Collingwood was in the context that other clubs had not yet addressed the issue. In hindsight he may have used the term “solemn”. But was it really a hanging offence? His resignation is not a proud day for Indigenous Australians – a proud day would be to root out the real racists stopping recognition and a treaty.

In a world which tried to label working-class boys, including Broady boys, as working class losers, people like Eddie and his brother Frank fought to make a difference. Racism never came into their heads. They saw the common struggle they had with ethnic and Indigenous boys and girls in their community. This brought empathy, not racism.

READ MORE: ‘Wog’ is not the equivalent of ‘mate’

I am not saying there were no racists in the tough working-class world we grew up in in Broadmeadows. There were and some of the tough gangs were testament to that. But these were a minority of overt racists, who made many of us fearful to go out without our mates.

Many of us who have actually been subjected to real racism have learnt to pick the real and often cunningly concealed racists in our midst. Many exist in the politically correct class even amongst those who fervently mouth recognition of traditional owners and in some who perpetuate identity politics to advance their own careers.

There are many racists in our midst. Eddie is not one of them.

*Theo Theophanous is a commentator and former Victorian Minister.