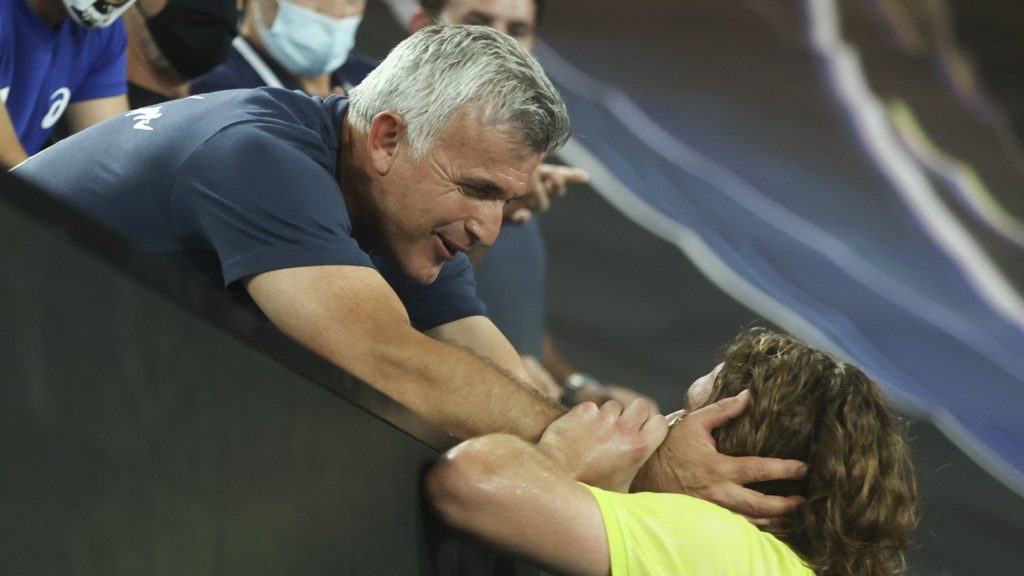 “Someone asked me if I was well prepared and it turned out I was not,” he laughed following his quarter final loss at the Australian Open, unable to hide the pain of cramp down his right side.

He said, “We can’t find excuses or reasons, or maybe this quarantine that we need to be more time in the room than usual,” he said, hitting back at Novak Djokovic’s claims that quarantine was causing major physical issues for big tennis stars.

“But I’m not the guy that’s going to find excuses on that or going to complain about what happened, no.”

READ MORE: Tsitsipas walks away with a win over Nadal at the Australian Open quarter finals

In 2019, he had stunned his idol, former world No. 1 Roger Federer, but eventually lost to Nadal in the semifinal. He is now preparing for his third Grand Slam semifinal.

“It brings back very good emotions and feelings (Federer 2019). I have a special connection with court where I lives moments that elevated me. Amazing place to play tennis,” Tsitsipas said.

“The fact that I was able to come back and to fight with such a respected player as Rafa created a great moment of appreciation.”

READ MORE: The Greek stand off: Kokkinakis bows out as Tsitsipas moves to round three

“That was epic. That’s where I always want to be and there is more to go,” he said.

“I’m speechless. I have no words to describe what just happened on the court, my tennis speaks for itself,” Tsitsipas told Nine after the win.

“It’s an unbelievable feeling to be able to fight at such a level and to just be able to leave my all out on the court.